Pianist and composer Laura Caviani has long had an affinity for the music of Thelonious Monk. Before the Artists’ Quarter jazz club in St. Paul closed in 2013, Caviani’s annual birthday salute to the jazz giant was a highlight of the year. Her latest album, “Mysterious Thelonious,” recorded for Monk’s centennial and out this weekend, is a joyous romp through ten of his tunes, played by someone who knows them intimately yet continues to discover new things about them.

On Friday and Saturday, Caviani will give two CD release performances, the first at Carleton College, where she’s on the faculty, and the second at the Hopkins Center for the Arts. She’ll be joined at both by bassist Chris Bates and drummer Dave Schmalenberger, the members of her working trio, and five-time Grammy-nominated vocalist Karrin Allyson, her friend of many years. Fun facts: Monk’s birthday was Tuesday, Caviani’s was Wednesday and Schmalenberger’s was Thursday.

We spoke by phone on Wednesday afternoon.

MinnPost: When did your fascination with Monk begin?

Laura Caviani: It started back in grad school. I was lucky to run into a fellow grad student who encouraged me very strongly to come over and listen to Monk with him. It was like a lightbulb went on. I suddenly got the humor and the profundity of it all. Once you get it, you can’t go back.

MP: Plus you and Monk almost share a birthday.

LC: When I found that out, it kind of sealed the deal.

MP: Some people say his music is difficult or challenging to listen to. Any tips?

LC: I would encourage people to listen to Monk with somebody, and make it a game where you’re listening to the rhythmic fun of it. Monk’s music is very rhythmic. It’s deep and profound, but it’s also incredibly fun. He has a lot of space and humor in his music.

Many amazing musicians in the Twin Cities have taught me so much about Monk. For example, [drummer] Phil Hey taught me years ago to feel Monk’s music with big beats, almost like you could march to it, and that helped me have fun with the rhythm of it.

MP: What does Monk’s music mean to you personally?

LC: Monk’s music is the antidote to my classical upbringing. I grew up as a classical pianist. I loved jazz, too, when I was younger, but my favorite musicians were more fluid and romantic, with lush harmonies. I loved Brahms, Debussy, Ravel. Monk opened up this whole new way of approaching the piano, where it’s all about freedom: freedom to, freedom from, freedom with, freedom without. It’s so liberating to play his music, I can’t even tell you. It changed my approach to music in so many ways.

As a composer, it’s interesting to learn about his compositional process. For example, I always knew his song “Bright Mississippi” was based on “Sweet Georgia Brown,” but I didn’t know it was dedicated to the civil rights struggle. He wrote it when Martin Luther King was down in Mississippi. That was very telling to me – that he was inspired to write that piece as a result of that time.

MP: Some people think that music should not be political.

But for me – this is another thing I’ve learned from my fellow musicians – when you’re in a fantastic jazz combo, you are experiencing democracy in its essence. Everybody gets a say. Everybody’s important. You can’t succeed without everybody being in the game and doing their best. When you listen to the way a typical jazz composition flows, each person gets a solo and each person is supportive of the other person soloing, and it’s democracy at its finest. So I think of jazz as a beautiful symbol of the purest form of democracy. In that sense, it can only be political.

The Laura Caviani Trio with Karrin Allyson performs “100 Years of Thelonious Monk” tonight (Friday, Oct. 13) at Carleton’s new Kracum Performance Hall and tomorrow at the Hopkins Center for the Arts. The Carleton concert is at 7:30 p.m. and free. The Hopkins concert is at 8 p.m., with a social hour starting at 7. FMI and tickets ($25); 952-979-1111.

Let’s just close all the theaters and concert halls

Not really, duh. But it’s fun to hear music and see theater in unexpected places. Like these:

Saturday (Oct. 14) at Kitchen Window: Cooking with the Choir. While you prepare five small-plate dishes led by Kitchen Window instructors, MPLS (imPulse), a professional chamber chorus, will sing songs chosen to pair with each dish – like wines with food. 6-9:30 p.m. Tickets here ($89). Think of it as dinner and a show.

Starts Friday, Oct. 20, at Urban Growler Brewing Company: “The Weir.” Wayward Theatre, which staged “The Ghost Train” at the Minnesota Transportation Museum earlier this year, brings Conor McPherson’s “The Weir” – a spooky play set in an Irish pub – to Urban Growler’s newly renovated barrel room for 10 performances, with beer and food available for purchase. 7:30 p.m. FMI and tickets ($25). Tuesdays (including Halloween) are pay-what-you can. Ends Nov. 4. 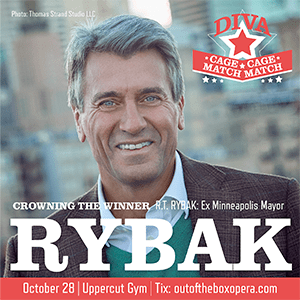 Today (Friday, Oct. 13) through Sunday: Saint Paul Art Crawl. The fall crawl will start with fire spinners outside the Lowertown Lofts, flamenco dancers at the Northern Warehouse and a pianist playing Chopin at the Schmidt Artist Lofts Bottle House. In its 26th year, the crawl is not just in Lowertown anymore, but spread out across the city. Be sure to stop by the Minnesota State Arts Board at 400 Sibley St., where an exhibit will showcase work by 35 Minnesota visual artists with disabilities. Visit the website for an online directory, MetroTransit passes, a flip-through catalog and more (click Visitor Guides in the menu bar). Friday 6-10 p.m., Saturday 12-8 p.m., Sunday 12-5 p.m. 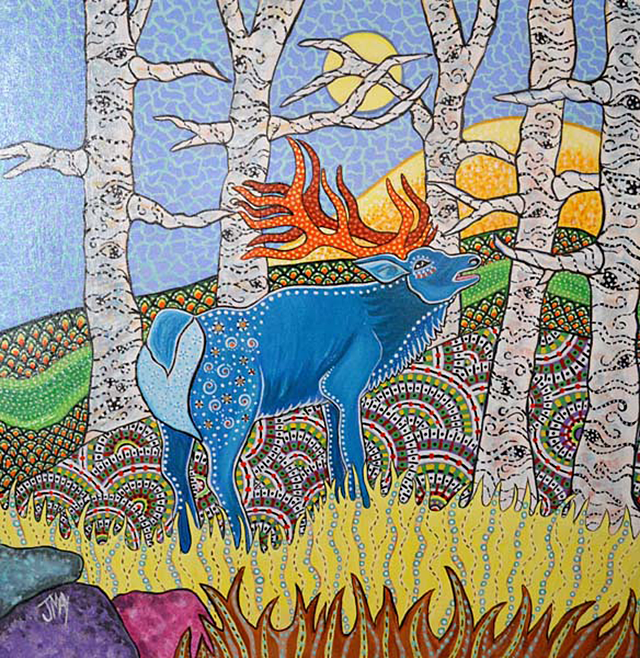 Tonight at the Ted Mann: The Marine Corps Band New Orleans in Concert. With selections from works by Percy Grainger, Alberto Ginastera and Vittorio Giannini; David Maslanka’s “Mother Earth,” imagined as a message from the planet; and marches by John Philip Sousa. 7:30 p.m. Family-friendly, free and open to the public.

Opens today at the Film Society’s St. Anthony Main Theatre: “Wasted! The Story of Food Waste.” One-third of the food grown each year for human consumption ends up in the garbage, yet 800 million people are starving. Executive produced by Anthony Bourdain, featuring Bourdain and other celebrity chefs, this film aims to change the way we buy, cook, recycle and eat food. Tonight’s 7 p.m. screening includes a post-screening panel discussion with experts. FMI including showtimes, trailer and tickets ($8.50; $5 on Discount Tuesdays). Ends Oct. 19.

Monday at the Ordway: The 25th Annual Sally Awards. Come celebrate the five winners of this year’s Sallies, who make Minnesota better with their passionate commitment to the arts and arts education. Sadly, winner J. Otis Powell‽ died in August; his award will be given posthumously. Social gathering at 6:30 p.m., awards ceremony at 7, refreshments and desserts after. Hosted by Robyne Robinson. Free, but reservations are required; RSVP online or call 651-224-4222.

Monday at the Guthrie: “Aftermath: A Newtown Screening and Community Conversation.” Joseph Haj wants his theater to be more than a theater, but also a place where people gather for events responsive and relevant to the world outside the blue walls. He calls them “happenings.” This is the first happening of the new season, and the topic is as current as it gets: the impact of gun violence on public health. A screening of the documentary “Newtown,” about the community surrounding Sandy Hook Elementary, will be followed by a panel discussion with director Kim Snyder and other experts. 7 p.m. in the Dowling Studio. Free, but reservations are required; reserve online or call 377-2224.