There are niche film festivals, and then there’s Sound Unseen, a Minnesota original. Now in its 18th year, the “films-on-music” fest has grown from an underground thing to part of the Twin Cities’ cultural scene, with year-round programming. It’s worth keeping an eye on all year long. But the main event is the festival, a combination of screenings (including many premieres), director appearances, live music, parties and other special events.

Over five days in November, Sound Unseen 2017 will present more than 20 films (documentaries, narratives, shorts and music videos) at the Bryant-Lake Bowl Theater and the newly expanded Trylon Cinema. Here’s the entire film lineup. Some highlights:

“Every Everything: The Music, Life & Times of Grant Hart.” This was the opening selection for Sound Unseen 2013. Hart’s death a little over a month ago is still very fresh for fans of the Hüsker Dü drummer, singer and songwriter. Producer Jan Radder and special guests will be in attendance.

“Sammy Davis Jr.: I’ve Gotta Be Me.” America loved him as an entertainer, hated him as a black man. He was perceived both as a groundbreaking success and a sell-out. Director Samuel D. Pollard has collaborated with Spike Lee and directed episodes of “Eyes on the Prize II.”

“Living on Soul” and “Bebop.” This feature/short double bill includes a hybrid music documentary/concert film about Brooklyn’s Daptone Records label (Sharon Jones and the Dap-Kings, Charles Bradley, Antibalas) and the world premiere of a seven-minute film in which Charles Mingus confronts Charlie Parker and Bud Powell about their destructive lifestyles.

“When God Sleeps.” After Iranian rapper Shahin Najafi sings about the oppression of women, sexism and human rights abuses, clerics issue a fatwa for his death. His story is told against the backdrop of the 2015 Paris terrorist attacks, the global backlash against Middle Eastern refugees and the rise of Trumpism.

“The World Is Mine.” Hatsune Miku is a big-eyed, turquoise-haired Japanese cyber diva, a virtual pop star voiced by a singing synthesizer application. Miku has a huge fan following (and gives live concerts in hologram form). Director Ann Oren dresses as Miku, moves to Tokyo, and is drawn into a love affair with one of the fans. What is fantasy, and what is reality?

“Cassette.” A mixtape of interviews with the 90-year-old Dutch inventor of the cassette and the musicians who love and/or hate it. This one just looks like fun.

Not all of Sound Unseen’s special events have been announced, but this one is already on our calendar: “Music on Pages: An Authors’ Roundtable.” A lot of books have been published lately on Minnesota music history. Sound Unseen has pulled together a panel that includes Danny Sigelman (“Heyday: 35 Years of Music in Minneapolis”), Cyn Collins (“Complicated Fun: The Birth of Minneapolis Punk and Indie Rock 1974-1984”), Jim Walsh (“Bar Yarns and Manic-Depressive Mixtapes”), Chris Riemenschneider (“First Avenue: Minnesota’s Mainroom”) and Andrea Swensson (“Got to Be Something Here: The Rise of the Minneapolis Sound”). Update: This event has been moved. They’ll all be at the Bryant-Lake Bowl on Saturday, Nov. 11, from 4:30-6 p.m. Brian Oake will moderate. Free and open to the public.

Sound Unseen starts Wednesday, Nov. 8 and ends Sunday, Nov. 12. FMI and tickets ($10-15). Be patient with the website; Sound Unseen is basically two people, Jim Brunzell and Richard Gill, and they’re pulling it all together as fast as they can.

Tonight (Wednesday, Oct. 18) at the Ordway’s Drake Rehearsal Hall:: Conversation with Deana Haggag of United States Artists. For artists, arts organizations and anyone else who wants to come. Haggag is CEO and president of the Chicago-based philanthropic nonprofit that provides $50,000 in unrestricted awards directly to artists. She’ll be joined by poet and Jerome Foundation program officer Venessa Fuentes and Public Functionary’s executive director, Tricia Heuring, for a talk about how creative workers contribute to our cultural and civic life, and accessibility in arts funding. Presented by the M (Minnesota Museum of American Art). 7-9 p.m. doors at 6:45. FMI and tickets ($10/8). 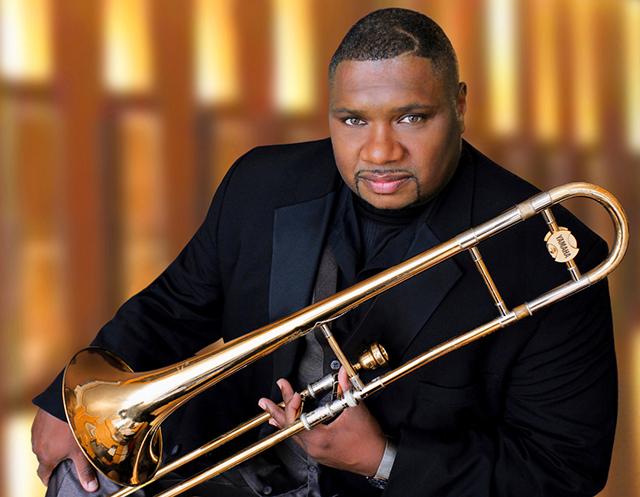 Courtesy of the artist
Wycliffe Gordon

Thursday and Friday: Wycliffe Gordon. Turns out you’ll have two chances to see the hard-swinging trombonist blow his horn. An original member of the Lincoln Center Jazz Orchestra and former member of the Wynton Marsalis Septet, the award-winning musician, composer, conductor, arranger and educator will be in the Dunsmore Room at Crooners and at the Ordway Concert Hall as a special guest of the JazzMN Orchestra for their 2017-18 season opener. A tough choice, for sure. Crooners: 7 p.m. Thursday, FMI and tickets ($30). The Ordway: 7:30 p.m. Friday, FMI and tickets ($37-47, $15 students).

Friday at Fort Snelling: Larry Bond Speaks on U.S. War Memorials. Across the U.S., Americans are arguing about war memorials. Topple or preserve? Revere or revile? In Charlottesville, Virginia, controversy over a bronze statue of Robert E. Lee turned deadly. On Friday, New York Times best-selling author Bond (“The Mighty Fallen: Our Nation’s Greatest War Memorials”) will give an illustrated talk on U.S. war memorials, the power of memory and more, followed by a Q&A. 10 a.m. FMI. Free and open to the public. 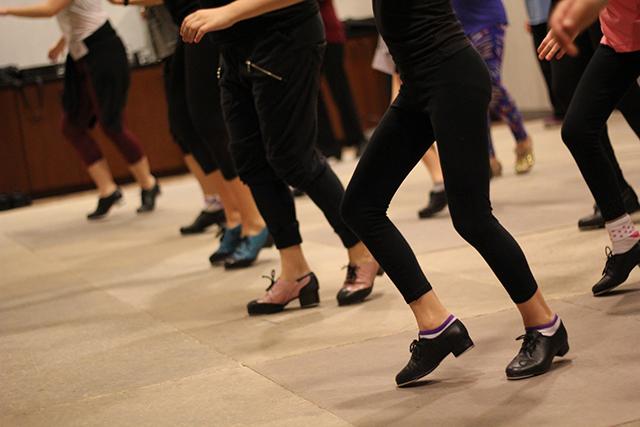 Friday and Saturday at the Cowles: Third Annual Twin Cities Tap Festival. We saw the Second Annual and it was dazzling. Expect fancy percussive footwork from a lineup of local and national artists including Dianne “Lady Di” Walker, Jason Samuels Smith, Dormeshia Sumbry-Edwards, Mark Yonally, Rick Ausland of Buckets & Tap Shoes, Joe Chvala and Karla Grotting of the Flying Foot Forum, Ricci Milan of Rhythmic Circus and Kaleena Miller of Kaleena Miller. The dancers will be accompanied by live music. 7:30 p.m. both nights. FMI and tickets ($15-30).

Tuesday (Oct. 24) at Carleton’s Kracum Performance Hall: Greil Marcus presents “Bob Dylan’s ‘Masters of War:’ Protest Songs and Democracy.” The night before Dylan’s concert at the Xcel, the iconic rock critic will give a presentation inspired by Dylan’s classic song, originally released in 1963 on “The Freewheelin’ Bob Dylan.” A revered, prolific and highly influential author, music journalist and cultural critic, Marcus has been writing about Dylan since 1968. 7 p.m. Free and open to the public.