Richard Painter is the S. Walter Richey Professor of Corporate Law at the University of Minnesota Law School, a top ethics scholar, the former chief ethics lawyer for President George W. Bush (2002-2005) and a thorn in Donald Trump’s side. With the nonprofit watchdog organization Citizens for Responsibility and Ethics in Washington (CREW), he’s suing Trump for violating the Emoluments Clause of the Constitution, which forbids government officials from accepting payments and gifts from foreign governments or entities controlled by foreign governments.

On Monday night, Painter helped launch the fall 2017 season of the Theater of Public Policy as its first guest. T2P2’s shows, held monthly at the Bryant-Lake Bowl Theater, combine interviews with comedy improv. [Disclosure: MinnPost is a media sponsor of the T2P2 season.]

During a conversation with Tane Danger and an audience Q&A, Painter made us laugh – He can be very funny, in a dry sort of way – and he made us think. Here’s a selection of takeaways.

On why we should care about Trump and foreign money: “For the same reason the Founders put it in the United States Constitution. … These days, if they drafted the Constitution in Chicago or Illinois, where I was growing up in the ’70s, they’d call [the Emoluments Clause] the Payola Clause. Same idea. The Founders understood that foreign governments would like to jack us around and buy off our politicians.”

On the so-called Trump Pee Pee Tape: “We did not have to worry about such tapes under the George W. Bush administration. He went home and he went to bed every night at 9 o’clock, like a good boy. I even saw him leave parties early.”

On Clinton vs. Trump: “About this time last year, I was looking forward to calling out Hillary Clinton. Some petty larceny here and there, and the Mickey Mouse we had with the Clinton administration. Instead, I ended up with Grand Theft Auto.”

On Illinois vs. Minnesota: “I grew up in Illinois, went out east to school, and went back to Illinois to teach. … Illinois is a great state for ethics. Two governors – one Democrat, one Republican – serving their terms concurrently in the federal penitentiary. We’ve had some problems in Illinois. Minnesota is great by comparison. I thought it would be boring teaching government ethics up here, and then Donald Trump came along.”

On Barack Obama: “He was an all right guy. I didn’t agree with him on everything, but at least he wasn’t dealing with the Russians. He kept himself out of trouble. … He was from Illinois and he didn’t get indicted.”

On Richard Nixon: “Nixon was a crook, but he was our crook. He didn’t have the KGB do the Watergate job.”

On staying politically active: “Someone like myself has two choices. Of course, you can jump ship, and then you leave one of the two major political parties in control, and the real nut jobs. Think of Roy Moore as president of the United States. Ooh boy. That guy knows less about the Constitution than he does about the Bible, and that’s not much. There’s a problem if all the reasonable people fail, and then what kind of whack job shows up for the primaries? I’m going to show up and vote in whatever primary caucus I can and try to minimize the number of nut jobs out there.”

On what he tells his students: “It’s about what’s right and wrong. Not whether you’re Democrat or Republican, or your ideology. There’s too much discussion of that. Either you’re sticking your hand in the piggy bank or you’re not. Either you’re taking payoffs or you’re not. If you’re a cabinet member, you fly commercial air. This Treasury secretary [Steven Mnuchin] wanting to fly to Europe at taxpayer expense for $24,000 hour … That’s my money, and I don’t like it.”

On the chances of impeachment: “Trump has bought himself very good insurance against impeachment, at least from all the Democrats. It’s called Mike Pence. … There are a number of people in very, very serious trouble. The president has to decide whether to pardon them or not and how to proceed. A lot of people lied about their contacts with the Russians and have done some other bad stuff. It’s Mueller time.”

On Congress: “The biggest way the Founders envisioned it in the Constitution, the Congress would be a check on the power of the executive. … [Trump] has a lot of control over Congress and his own political party, because he sends the message that if they try and exercise any type of oversight with respect to the administration or stand up to them, they’ll run some right-wing nut job against them in a Republican primary. So the message to all the Republican members of the House from Minnesota is, ‘You’ve got to back down.’ One of them just told me, ‘I’m just trying to keep my head down.’ That’s not what the founders envisioned. They didn’t draft the Constitution to say that if the president violates the Constitution, members of Congress should keep their heads down.”

“Twenty years ago, we had a president who lied under oath about his sex life. He shouldn’t have done that. It was wrong. He shouldn’t have been impeached, but it was wrong. Now we have lies that are a lot more serious and a lot more damaging to the country. If we don’t draw the line somewhere, it’s just going to get a lot worse. That’s up to us as voters. It’s our country.” 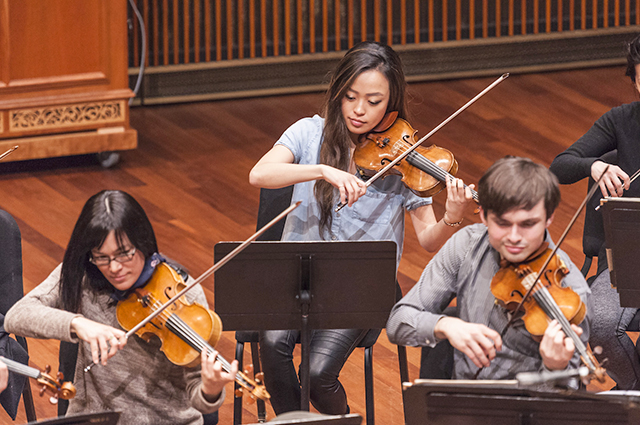 Courtesy of the SPCO
The SPCO will conduct a one-hour performance that will include Benjamin Britten’s “Variations on a Theme of Frank Bridge.”

Thursday at the Ordway Concert Hall: Happy Hour Concert: Schubert’s Third Symphony. Perfect if you work in downtown St. Paul, worth the trip if you don’t. Start with a preconcert happy hour (food trucks, free beer from Tin Whiskers Brewing Company), then bring your drink indoors for a one-hour performance by the SPCO that also includes Benjamin Britten’s “Variations on a Theme of Frank Bridge.” Happy hour 4-6 p.m., concert at 6. FMI and tickets ($15; kids and students free). Fun, casual, and you’ll be out by 7 p.m. with the whole night in front of you.

Thursday at the Cedar: Perla Batalla in the House of Cohen. A Grammy-nominated vocalist, Batalla got her start as Leonard Cohen’s backup singer. They were friends until his death in 2016. She’s on a mission to share Cohen’s lesser-known songs with audiences mostly familiar with “Hallelujah,” and she probably knows his music better than anyone. Doors at 7 p.m., show at 7:30. FMI and tickets ($22 advance, $25 day of show). 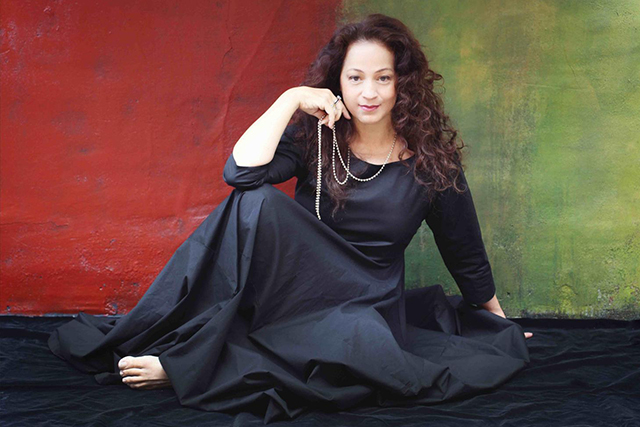 Friday at the Ted Mann Concert Hall: Lydia Davis Reading. A 2003 MacArthur Fellow, winner of the 2013 Man Booker Prize, Davis is the author of many books of essays and short stories. She is also known for her translations of Proust, Foucault, Flaubert and Georges Simenon, among others. Davis will be here as part of this fall’s splendid UMN English Writers Series. 6:30 p.m. Free and open to the public; no tickets or reservations needed.