In real life, fireworks are here, KABOOM, then gone. In “Brimstone & Glory,” a documentary that opens Friday at the St. Anthony Main Theatre, they linger, tracing slow patterns of fire and smoke across the sky. More visual poem than documentary, “Brimstone” is a dreamy, almost hallucinatory experience that takes you to another world and way of life.

Berlin-based director Viktor Jakovleski’s first feature journeys to Tultepec, Mexico, north of Mexico City, where making fireworks by hand is a cottage industry and the city’s main business. Fathers and sons work side-by-side packing gunpowder and chemicals into shells. Some have lost fingers or thumbs. Mothers have lost sons. The sign most often seen on buildings, fences and freight containers is “PELIGRO” – danger.

Not long after “Brimstone” was completed, an explosion in Tultepec killed or injured nearly 100 people. Another happened as recently as October. “We are not chemists,” one man says in the film. “Our measurements aren’t perfect.” Another: “I’m afraid of dying. In this line of work, it’s day to day.” Says a young boy, matter-of-factly: “If you make a mistake and drop something, you can cause an accident and die.”

And yet, Tultepec’s main annual event is a spectacular 10-day orgy of fireworks, the Fiesta de San Juan de Dios. Named for the patron saint of firework makers, it draws more than 100,000 visitors each year. On Dia de los Castillos – Day of the Castles – 100-foot towers made of wood, reed, paper and fireworks are set ablaze in whirling, whistling, multicolored explosions. On Dia de los Toros – Day of the Bulls – elaborately decorated, larger-than-life bulls made of papier-mâché and fireworks are pulled through the crowd on wheels and metal frames. Showers of sparks fly in all directions while revelers dance close to the fire. It’s totally crazy and breathtakingly beautiful. “When the burning starts,” one man says, “you feel time stand still. It’s magical.”

There’s not much talking in “Brimstone.” The film takes place against a driving, pulsing soundtrack by Dan Romer and Benh Zeitlin. Mostly percussion, it has a “Koyaanisqatsi”-like feel that complements the visuals, a combination of handheld photography, GoPros, drones, and 1,500-frames-per-second high-speed, slo-mo work that turns each explosion into a ballet, each spark into a cosmos, images that will burn their way into your brain. There’s much more story to be told here – of art and risk, courage and loss, passion and dedication, tradition and economic necessity – but sometimes it’s enough to let pictures tell it.

“Brimstone” was an official selection of Cine Latino, which ends today. If you missed it, or if you want to see it again, here’s your chance. In Spanish with English subtitles. FMI including times, trailer and tickets ($8.50; $5 Tuesdays). Ends Nov. 30.

Meet the dog in “Miss Bennet: Christmas at Pemberley” 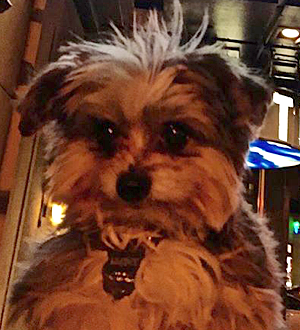 Not that the Jungle’s Christmas show needs a dog, but a dog – especially a tiny puffball of cuteness – adds an aww factor to any play. The dog in “Miss Bennet” first appears in the arms of Ann de Bourgh (Anna Hickey) when she makes her grand entrance, and occasionally after, including at the curtain call. She must be rationed. More often than that and she would steal the play. She is not permitted to chew the scenery.

We had to ask about the dog. Her name is LilyBee, and she’s a Morkie (a Maltese Yorkie). She’s 4 years old and weighs 4 pounds. She’s a rescue dog, owned by a theater person. This is her first role, but talk after Saturday’s performance suggested she’s warming to it and less shy every time she’s brought on stage. She has her own Instagram.

Starts Friday in Loring Park: Holidazzle. In case you’ve been away for the past four years, the old Holidazzle – the colorful nighttime parade down Nicollet Mall that ran several times a week over the holidays – is gone. In its place, a winter market that began in 2014 on Peavey Plaza, where it was kind of a dud, then moved in 2015 to Loring Park with more success. Word was it would return to Nicollet Mall in 2017, when the renovations were complete. Apparently not. It’s back in Loring Park starting Friday, then open Thursdays through Sundays until Dec. 23. Eat, shop, skate, play, wander, watch movies and enjoy live music. Holidazzle is free and open to all. Here’s everything you need to know. This Friday’s 6:30 opening ceremony will end with fireworks; more fireworks will follow every Saturday at 7.

Saturday at North Garden Theater: “A Very Asian Xmas Carol.” Randy Reyes, artistic director of Theater Mu, returns as Jasmine for the eighth year of a very different “Christmas Carol,” Mu’s holiday show. “I will be telling the ghost story of the Christmas Carol, but super-sexy and very Asian and not so Dickensian,” Jasmine says in a video invite. 7 p.m. FMI and tickets ($35; includes party, appetizers and dessert). 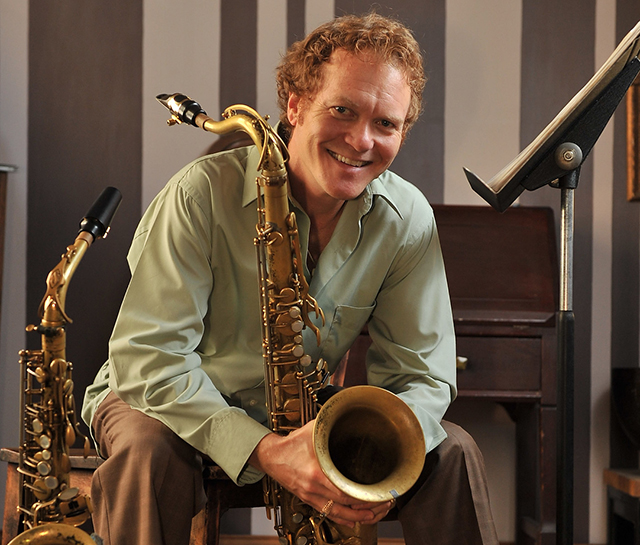 Saturday at Vieux Carré: Pat Mallinger Quartet. The estimable saxophonist, a longtime favorite at the Artists’ Quarter, returns to the site of his old stomping grounds for an evening of bebop and beyond. 9 p.m. FMI and tickets ($12 advance, $15 day of show).

Sunday at Orchestra Hall: Chamber Music: Stravinsky, Janáček and Beethoven. Come to an afternoon concert, then have turkey leftovers for dinner. Minnesota Orchestra musicians will perform Stravinsky’s Pastorale, Janáček’s Sextet for Winds, “Mládi,” and Beethoven’s “Archduke” piano trio. The concert takes place in the Target Atrium, with its floor-to-ceiling windows looking out over the newly completed Nicollet Mall. 4:30 p.m. Call the box office for availability: 651-371-5656.

Monday at Icehouse: Fat Kid Wednesdays. For jazz fans and devotees of JT’s Jazz Implosion (starting way back in its Clown Lounge days), this is a very big deal. The elusive Fat Kids – Adam Linz on bass, Michael Lewis on saxophones and JT Bates on drums – will reconvene for an extremely rare live performance. The history of this storied group reaches back some 25 years, when they were all in high school, and there’s still no one else like them. 9:30 p.m. FMI and tickets ($16).