The Film Society of Minneapolis St. Paul has never cared much for walls, which makes this a perfect year to embrace films from and about Mexico by Mexican directors. The 5th Annual Cine Latino, which runs Nov. 16-19 at the St. Anthony Main Theatre, will present seven features and three shorts from our neighbor to the south.

Directors Mitzi Vanessa Arreola and Amir Galván Cervera will attend the screening of their film “The 4th Company (La 4a Companía),” about a football team in a notorious prison that doubles as a crime syndicate. Writer/director Lucia Gajá will introduce her new documentary about domestic violence, “Intimate Battles (Batallas Intimas).” Director José Ramón Chávez will be here with his debut feature, “Help Me Make It Through the Night (Ayúdame a pasar la noche),” about a middle-class family whose lives suddenly change.

Cine Latino has named Saturday, Nov. 18, Mexico Day, with a celebration of the 100th birthday of famed Mexican luchador enmascarado (masked professional wrestler) El Santo (Rodolfo Guzmán Huerta). Highlighting the work of the Calderón Brothers, the festival will present a sneak preview screening of an ongoing restoration of their 1961 film “Santo contra hombres infernales.” The archivist has been invited to attend. A Saturday Night Fiesta on Pracna Piazza will feature live music by Begoña Orive and James Allen.

The schedule and lineup are available here, with tickets and passes on sale for all. These films also caught our eye: Viktor Jakovleski’s “Brimstone & Glory,” which captures the week-long National Pyrotechnics Festival in Tultepec, Mexico’s official fireworks capital. Kaboom! José María Cabral’s “Woodpeckers (Carpinteros),” the Dominican Republic’s selection for Best Foreign Language Film at the 90th Academy Awards. And a series of animated shorts by Sophía Carrillo that reference work from the style of Guillermo del Toro. They will screen prior to features, and Carillo will be here to see them. 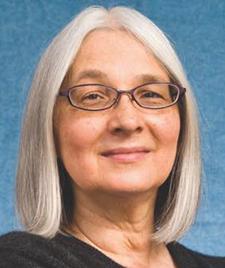 Tonight (Wednesday, Nov. 1) at Bockley Gallery: Linda LeGarde Grover presents “ONIGAMIISING: Seasons of an Ojibwe Year.” Before Duluth was called Duluth, it was known to the Ojibwe as Onigamiising, “the place of the small portage.” In 50 short essays, the award-winning Anishinaabe author and UMD professor reflects on contemporary and historical Ojibwe life in northern Minnesota, writing of the landscape and weather, work and play, ceremony, tradition and family ways that carry the Ojibwe through the year and connect them to the land. Part of the Birchbark Books Reading Series. 7 p.m. Free. A signing will follow.

Thursday at the Landmark Center: First Thursdays in the Schubert Club Museum. This will be the second First Thursday in a Schubert Club series designed to shine a light on a hidden treasure: its collection of historic musical instruments (including a 17th-century Italian harpsichord, and an 1844 upright piano with a handwritten note inside by Franz Liszt), original manuscripts (letters from Mozart, John Philip Sousa, Tchaikovsky and Ira Gershwin) and more. This month’s event features its collection of music boxes and phonographs dating back to 1900. Come for demonstrations, refreshments, wine, trivia and music-making. 4-8 p.m. Free. 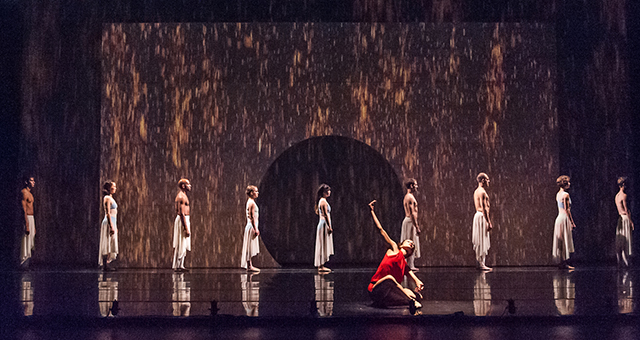 Thursday at Northrop: ODC/Dance. For the second time in a week (the first was last Saturday, with New York City Ballet MOVES), Northrop will feature dance with live music on stage. Making its Northrop debut, San Francisco’s contemporary ODC/Dance will present “boulders and bones,” a multimedia performance inspired by landscape artist Andy Goldsworthy’s “Culvert Cairn,” a stone installation in Northern California. The dance is set against images of the building process to an original cello score by Zoë Keating. 7:30 p.m. FMI and tickets ($26-46; $30 under 30); 612-624-2345. Free performance preview at 6:15 p.m. in the Best Buy Theater. On Saturday at 1:30 p.m., ODC/Dance will perform the family-friendly “The Velveteen Rabbit,” based on Margery Williams’ classic tale. FMI and tickets ($26-46; 17 and under $18-8); 612-624-2345.

Thursday through Sunday at Orchestra Hall: Vänskä Conducts the Reformation Symphony. Bach’s Orchestral Suite No. 2, featuring Minnesota Orchestra principal flute Adam Kuenzel, opens a program inspired by Martin Luther’s revolutionary act of 500 years ago. Mendelssohn’s “Reformation” symphony ends with a finale built on Luther’s hymn “A Mighty Fortress Is Our God.” The second half of the concert is the world premiere of American composer Sebastian Currier’s “RE-FORMATION,” performed with the Minnesota Chorale. Drawing text from Psalms, Martin Luther and contemporary American writer Sarah Manguso, it quotes from Mendelssohn and Luther’s hymn and calls on us all to save our planet. 11 a.m. Thursday (coffee concert), 8 p.m. Friday and Saturday. FMI and tickets ($25-96); 612-371-5656.