Wait, isn’t that last one a Journey song? With some tweaking, it would fit right into “Finding Neverland,” a positive-thinking musical filled with pop power ballads. Nothing wrong with that. We could all use a break from real life. With a strong cast and a mostly uplifting story – even a really sad part swirls with glitter – “Finding Neverland” is a great escape. Inspired by the Oscar-winning movie of the same name, the historical-fictional account of Scottish writer J.M. Barrie and his play “Peter Pan, or The Boy Who Wouldn’t Grow Up” opened Tuesday at the Orpheum for a six-day stay.

It’s lovely to watch. Set in Kensington Gardens, a West End theater, the bedroom of four young boys, a backyard and the streets of London, on a pirate ship and among the stars, it’s the tale of how Barrie (Billie Harrigan Tighe), a playwright stuck in a rut, meets a widow (Lael Van Keuren) and her sons who turn his life around. He soon discards his early doubts (“Am I acting the fool instead of acting my age?”) and rediscovers his imagination. He decides that his next play will be for everyone, including children, and tells his incredulous producer to reserve a block of free seats for orphans. “Peter Pan” premiered in 1904 and became part of our popular culture.

James Graham, who wrote the book for the musical, included several clues that supposedly led to the play. Barrie gives widow Sylvia Llewelyn Davies an acorn instead of a kiss; in “Peter Pan,” Wendy asks for a kiss and Peter gives her an acorn. The shadow of a hook-like umbrella handle is inspiration for the play’s villain, Captain Hook. In the musical, Captain Hook is Barrie’s id, a twist that would be odd if it weren’t hilarious and timely. Act I is dragging a bit (do we need four takes on “Circus of Your Mind?”) when Hook suddenly appears. “ ‘No one wants to play with me,’ ” he mocks Barrie, whose life is in shambles, “‘and my wife has left me. Oh, woe is me!’ Bwah ha ha!” Everything is better with pirates.

The music and lyrics are by Gary Barlow and Kennedy; Barlow hosts “American Idol”-like TV talent shows in Britain, and Kennedy is a Grammy-winning songwriter and producer who has worked with the Spice Girls and Bryan Adams. You probably won’t leave humming the tunes, though you might recognize “What You Mean to Me” (“Just take the second star on the right/Straight ahead till morning light”). A song by the four boys, “We’re All Made of Stars,” brought the loudest applause of the night. The audience also loved the line “Shouldn’t theater be for everyone”?

Tighe and Van Keuren are a good match vocally and as their characters. (In real life, J.M. and Sylvia never married, but in the musical, they’re in love.) John Davidson is fantastic in the dual roles of theater producer Charles Frohman and boisterous Captain James Hook, and Karen Murphy is perfect as Sylvia’s overprotective mother Mrs. Du Maurier. (Author Daphne was a cousin of the Llewelyn Davies boys.) We don’t hear enough of Kristine Reese as Mary Barrie. The choreography is by Emmy winner Mia Michaels (“So You Think You Can Dance”); as the character Peter Pan, who appears near the end, Dee Tomasetta has wings on her feet. The director is Tony winner Diane Paulus, whose credits include “Pippin,” “Hair” and “Waitress,” which comes to the Orpheum in November. And Porthos, the dog, is played by a real dog, large and shaggy and amiable, whose appearances brought awwwws from the crowd.

Pop-Up Magazine makes a stop at the Fitzgerald

You don’t flip the pages or scroll through it on your phone. Pop-Up Magazine is a night of new, true stories about the world around us, mixing photography, film, radio, and music and performed live onstage. No video or audio is posted online; it’s an in-the-moment, shared experience that ends with the performers, producers, and audience hanging around for drinks and conversation. 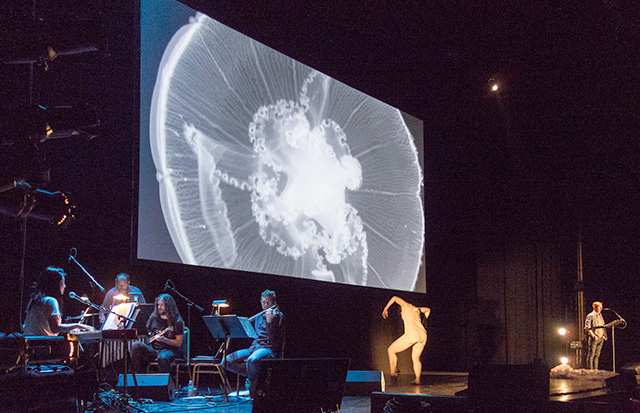 Photo by Dave Cerf
Pop-Up Magazine is a night of new, true stories about the world around us, mixing photography, film, radio, and music and performed live onstage.

Pop-Up was recently at Lincoln Center and did a sold-out show Wednesday in Washington, D.C. Audiences are loving it, and journalists are finding it’s a way to tell really good stories. Here’s a piece about it that just ran in the Village Voice.

Tonight (Thursday, Nov. 2) at the Guthrie: Caitlin Bailey Reception and Reading. Winner of the 2017 Lindquist & Vennum Prize for Poetry, which comes with a $10,000 award and publication by Milkweed Editions, Bailey will present her debut collection of poems, “Solve for Desire.” Chosen from among more than 200 submissions by judge Srikanth Reddy, it explores the relationship between Georg and Grete Trakl, Austrian siblings, artists and addicts. 6 p.m. reception, 6:30 reading. On Level 9. Free and open to the public. RSVP here.

Tonight and Saturday at House of Hope Presbyterian Church: The Motet Choir presents Stephen Paulus’ “The Three Hermits.” It’s the 20th anniversary of Paulus’s one-act church opera based on a story by Leo Tolstoy. The final chorus, “Pilgrim’ Hymn,” is one of the best-known choral works of the late 20th century; it has been performed thousands of times around the world. Poet Michael Dennis Browne approached Paulus with the idea and wrote the libretto; House of Hope commissioned the work, which premiered there in April 1997. Matthew Culloton will lead the choir and many of the same instrumentalists who played the first concert. 7:30 p.m. both nights. Free and open to the public; free will offering.

Opens Friday at the Illusion Theater: Transatlantic Love Affair: “The Privateer.” Because everything is better with pirates. Conceived and directed by founding ensemble member Derek Lee Miller, TLA’s new show draws from the real-life story of Stede Bonnet, the “Gentleman Pirate,” a wealthy 18th-century landowner, husband and father who left it all behind for a life of crime on the high seas. Smithsonian.com called this “the worst midlife crisis on record,” but it sounds like one of the best ideas ever from the physical theater ensemble. 7:30 p.m. FMI and tickets ($20-25; Sundays are pay-what-you-want). Ends Nov. 18.

Friday and Saturday at the Cowles: ARENA Dances: “The Architect.” Where does a creative idea come from? How does it take shape and reach completion? What does it say about the creator and/or the interpreter? ARENA Dances founder Mathew Janczewski’s new work is an evening-length solo for long-time ARENA dancer Timmy Wagner. Wagner has worked with Janczewski for six years, season after season; Janczewski considers Wagner a muse. With an interactive set by fabric artist Margarita Jane Arguedas, projections by Meena Mangalvedhekar and text contributions and dramaturgical support by Rachel Jendrzejewski. 8 p.m. Friday and Saturday in the Tek Box. FMI and tickets ($18). 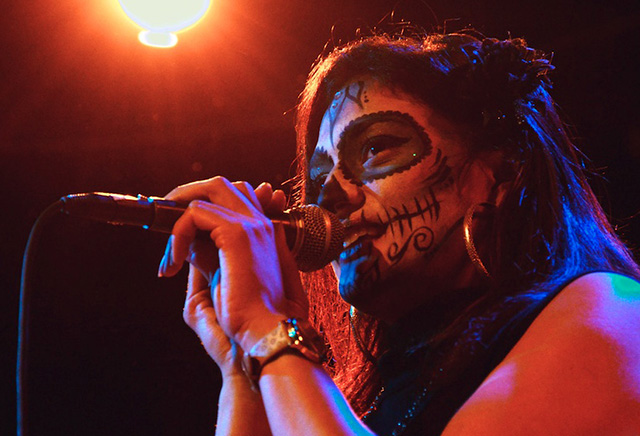 Courtesy of the Cedar
Singer/rapper Maria Isa to perform at the Festival de las Calaveras Concert.