Each year, MacPhail Center for Music shines a light on its faculty with a string of concerts called the Spotlight Series. Featuring MacPhail teaching artists and guest musicians, with conductor Mischa Santora as artistic director, the series’ home is usually MacPhail’s Antonello Hall, a serenely beautiful space on the second floor of its James Dayton-designed HQ near the Mill City Museum and the Guthrie.

This year’s Spotlight Series has caught the travel bug. Half of the 2017-18 concerts will take place at Antonello, half somewhere else. Helpfully, the concert that kicks off the series next week is called “Traveling Musicians.” Here’s the lineup.

Nov. 11 at Antonello Hall: “Traveling Musicians.” An evening of music shaped by the composers’ travels will be paired with images of landscapes and cultures. Includes Bartók’s Rhapsody No. 1, informed by his journeys through the Balkans researching folk music; Dvorák’s Sonatina, sketched in part during a visit to Minnehaha Falls; excerpts from Liszt’s “Années de pèlerinage” (Years of Travel) inspired by Swiss landscapes and Italian architecture; and excerpts from Duke Ellington’s “Far East Suite,” which drew from a world tour Ellington took with his orchestra in 1963.

Feb. 10 at Antonello Hall: “Flirting With Sondheim.” Scenes and arias from “West Side Story,” “Company,” “Into the Woods,” and “A Little Night Music.” just in time for Valentine’s Day.

Feb. 11 at the Paramount Theatre in Austin: “Flirting with Sondheim.” Even closer to Valentine’s Day.

March 10 at Antonello Hall: “Virtuoso Vivaldi.” The Concerto for Oboe in F major, the stormy “Il Furore” for voice and violins, “The Four Seasons” (with projected images by Minnesota photographers Alice Gebura and Layne Kennedy) and, in steamy contrast, Piazzolla’s “The Four Seasons of Buenos Aires.”

Visit the website for times, performers and ticketing information.

In the latest round of Artist Initiative grants from the Minnesota State Arts Board, 74 Minnesota-based artists – choreographers and dance artists; musicians and composers; poets, novelists, memoirists, essayists and short story writers; and theater artists – will share more than $700,000 in grant money to pursue specific projects.

Some examples from the long list of what we can look forward to: Penelope Freeh’s new solo dance work, based on themes from her personal archives. A series of discussions by hip-hop choreographers that will lead to a new theater production by B-Boy J-Sun (Jason Noer). An immersive indigenous dance project from Rosy Simas.

Sharp-eyed Minnesota viewers of the sci-fi series “Stranger Things” on Netflix noticed something strangely familiar worn by the character Dustin in episode 1 of the new Season 2: a Science Museum of Minnesota brontosaurus hoodie from the 1980s.

And now everyone wants one. 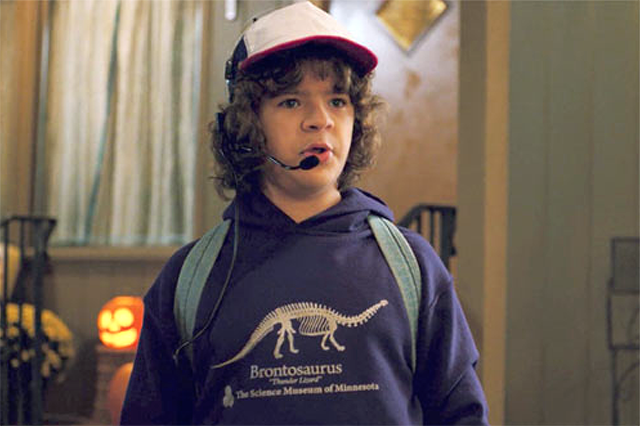 Netflix
Gaten Matarazzo as Dustin Henderson in a scene from “Stranger Things 2.”

No dummies, the museum is re-releasing its 1980s brontosaurus apparel ASAP. Sign up for their email and they’ll let you know when you can order.

Tonight (Friday, Nov. 3) through Sunday at the O’Shaughnessy: James Sewell Ballet with the Ahn Trio. Two acclaimed ensembles – one a contemporary ballet company, one a classical music trio (Lucia on piano, Angella on violin, Maria on cello) – meet in a program called “Connections” that allows them to shine together and separately. Sections include an arrangement of Prince’s “Purple Rain”; a new work by Montana-based contemporary composer Eric Funk; a new piece that features Sewell’s tango partner Sabine Ibes; and the premiere of a new work commissioned by Sewell’s parents for their 60th anniversary, choreographed by Sewell and set to Dvorák’s Romance for Violin and Orchestra. 8 p.m. Friday and Saturday, 2 p.m. Sunday. FMI and tickets ($22-34); 651-690-6700. 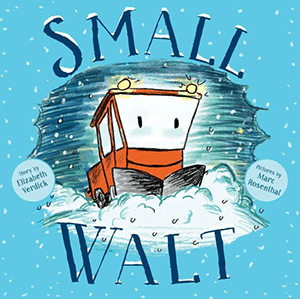 Saturday at the Red Balloon: Elizabeth Verdick “Small Walt” book launch party. Get kids ready for winter – and the rest of their lives – with this delightful new children’s book by Woodbury author Elizabeth Verdick, illustrated by Marc Rosenthal. Walt is the smallest snowplow in the fleet, no match in size for the big yellow guys. But he knows what he’s here for, and his engine hums: “My name is Walt./I plow and I salt./I clear the snow/so the cars can go!” When a citywide blizzard hits, he’s Little Engine with a blade. The party includes treats, activities, storytime with the author and a signing. 10:30 a.m.

Saturday at Pillsbury House + Theater: Late Nite at Mama Laurie’s. Dedicated to the life and legacy of Laurie Carlos, founder of the Late Nite Series and mentor and inspiration to many young artists, Pillsbury House’s annual celebration of new work returns Nov. 4, 11 and 18, each night with a different lineup. Featured artists include Kenna Cottman and Yonci Peaceful Jameson, DJ Chamun, Tish Jones, Bill Cottman, PaviElle French, Mankwe Ndosi and Douglas Ewart. Curated by E.G. Bailey. Shows start at 9; come at 8 to share a meal with the artists (included in your ticket price). Tickets are $15 or pay-what-you-want.

Sunday at the Cowles: Rimon Artist Salon: Breaking Free: BRKFST Dance Company with Adam Levy. Rimon, an initiative of the Minneapolis Jewish Federation, starts its 11th season of conversations among artists and critical thinkers with a provocative pairing: Lisa “Monalisa” Berman’s BRKFST Dance Company and singer-songwriter Adam Levy. Berman is the resident hip-hop teaching artist for the Cowles Center; BRKFST, a collective she founded in 2014, creates collaborative dance works that draw on breaking, martial arts, burlesque and contemporary dance vernacular. Best known for his work with the Honeydogs, Levy is a social activist, educator, parent, producer and musical omnivore. The salon will include a performance by BRKFST. In the JSB Tek Box. 1 p.m. FMI and tickets ($12/6); 952-381-3449.