Remember Hurricane Harvey and how it hammered Texas? What about Hurricane Irma and Florida? Irma and Maria and the U.S. Virgin Islands? Maria and Puerto Rico? The devastation, the lives lost and disrupted, and the desperation of people still without homes, electricity, water, medicine and increasingly without hope haven’t been much in the news lately. Especially when we’re so far away and hurricanes don’t happen here, it’s easy to forget.

Not for T. Mychael Rambo. He has family and roots in Texas. Or for his friend Gregory Smith, who also has Texas ties. “I had a family member who lived in New Orleans during Katrina, then moved to Houston, then lost the house in Houston 10 years later, then moved to Atlanta,” Rambo told MinnPost on Monday. “So many people were impacted, particularly people of color and marginalized members of our community. For whatever reason, we’re not getting the response or the levels of care we need.”

Rambo and Smith couldn’t turn a blind eye. “So we said – let’s create a song! Let’s do a ‘We Are the World’ for hurricane relief.” (An all-star charity single released in 1985, “We Are the World” raised over $60 million for victims of famine in Africa.)

They enlisted pianist and arranger Tommy Barbarella, who had been Prince’s keyboard player for many years, then added vocalist and songwriter Julius Collins to the team. They came up with a song they called “Never Give Up.” Rambo sang part of it over the phone: “Never give up, even when you’ve lost your way/Even when your world’s torn apart/Listen to your heart and say, ‘Never give up!’ ”

In short order, there was a recording, a new organization called MN Voices United: Artists for Humanitarian Relief, a website, plans for a live concert on Dec. 1 with a star-studded lineup, a venue (the Fitzgerald Theater), a partnership with a respected relief and development organization (Americares), and a compilation CD featuring “Never Give Up” and songs by many of the artists who will perform at the concert. The CD will be available at the concert and at the Electric Fetus (so far). “For a grassroots organization that didn’t exist before September 20, we’re pretty proud of ourselves,” Rambo said. 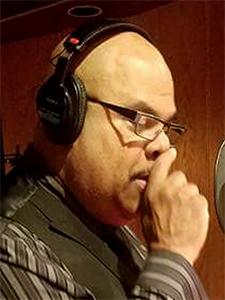 T. Mychael Rambo in the studio

The lineup is dreamy: Grammy winner Jamecia Bennet, “The Voice” season 6 semifinalist Kat Perkins, Dr. Mambo’s Combo, Keri Noble, Adam Levy, Maria Isa, Tina and the B Side Movement, PaviElle French, Jill Henderson, Dennis Spears, Debbie Duncan, Thomasina Petrus and more. “Once the word got out,” Rambo said, “a lot of people were like, ‘Hey! You didn’t ask me!’” The joint will be jumping. “You’ve got all of these people coming from different musical directions, different sides of the music coin, which is going to bring audience members to their feet.” Rambo and TPT’s Mary Lahammer will emcee; Collins has signed on as music director. One hundred percent of the proceeds from the concert and the CD will go to hurricane relief.

And if you can’t make the concert, you can donate online. 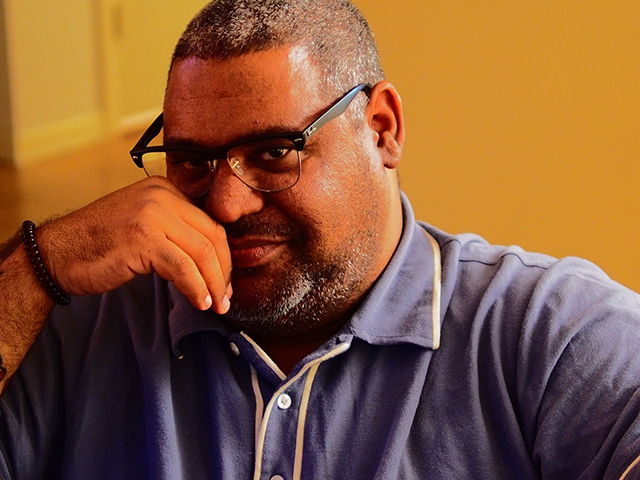 Courtesy of Chris Abani
Chris Abani reads on Wednesday night as a part of the UMN English Writers Series.

Wednesday at the U’s Coffman Memorial Union Theater: Chris Abani Reading. Born and raised in Nigeria, Abani has written several novels including “The Secret History of Las Vegas” and poetry collections including “Sanctificum.” His essays have appeared in the New York Times, O Magazine, and others. Plus he writes plays and screenplays. According to David Eggers, Abani “might be the most courageous writer working right now.” Part of the UMN English Writers Series. 7 p.m. FMI. Free and open to the public.

Thursday and Friday at the Hopkins Center for the Arts: Pen Pals: Dan Rather. The Peabody-winning newsman and former “CBS Evening News” anchor was already a star when he launched “News & Guts,” a company, website and hugely popular Facebook page. To many people (his posts are seen by up to 25 million readers), he’s one of the few trustworthy voices on social media. He might get a hero’s welcome when he takes the stage at the Hopkins Center, touring his new book “What Unites Us: Reflections on Patriotism.” Tickets ($40-50) have been sold out forever, but there’s always hope that someone won’t show up. 7:30 p.m. Thursday, 11 a.m. Friday. FMI.

Opens Friday at the Film Society’s St. Anthony Main Theatre: “Bill Nye: Science Guy.” Not that long ago, Bill Nye was all about getting kids excited about science as host of his own popular PBS show. Today he has another mission, one few people saw coming: getting adults to stop denying climate change, evolution and scientific thinking in general. If you grew up with Bill, see what he’s up to now. FMI including trailer, times and tickets ($8.50-5). 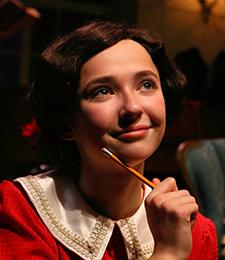 Now at the History Theatre: “Coco’s Diary: A Christmas Gift to Remember.” What was life like in St. Paul in 1927, if you were the 13-year-old daughter of a wealthy lumber baron living in a Summit Ave. mansion? (Which one? Today it’s the governor’s residence.) Based on the real-life diary of Clotilde “Coco” Irvine, discovered in the Minnesota Historical Society archives by former Star Tribune reporter Peg Meier, this popular play with music from the 1920s is a charming holiday entertainment for the whole family. Thursdays through Sundays. FMI and tickets ($25-52). Ends Dec. 23.