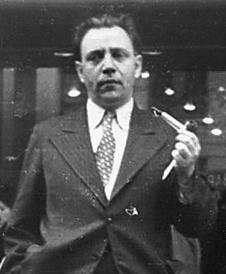 The man who designed Southdale, the world’s first modern, fully enclosed, climate-controlled shopping mall, narrowly escaped being captured by the Nazis in Austria and sent to a concentration camp. Victor Gruen (1903-1980), born Viktor David Grünbaum, fled to the United States and made a new life here. In Minnesota, one of many places he worked, he also designed Brookdale, Rosedale and Ridgedale and the Dayton’s department store at Sixth and Wabasha in St. Paul. He was influential in the design of downtown Minneapolis.

Gruen’s original plan for Southdale was a utopian city that included schools, houses and apartment buildings, a park, a lake and a medical center, not just stores. He was a socialist and thought America was too car-centric. He wanted to make America more like Vienna, the city of his birth; he eventually grew to hate what shopping malls became. Disenchanted and disheartened, he moved back to Vienna. “I am often called the father of the shopping mall,” Gruen said. “I refuse to pay alimony to those bastard developments. They destroyed our cities.”

On Monday at the University of Minnesota’s College of Design, a group of experts will take a deep dive into Gruen’s life, work, and influence. Southdale’s impact wasn’t limited to its acreage in Edina. The mall was the archetype that inspired countless more suburban malls. It made American even more dependent on cars, altered our shopping habits, sparked sprawling development and contributed to the decline of Main Streets everywhere. Southdale is #6 on PBS’s list of 10 Buildings That Changed America, alongside Frank Lloyd Wright’s Robie House (Wright disliked Southdale), the Ford plant in Michigan’s Highland Park and Frank Gehry’s Walt Disney Concert Hall, among others, but none were copied so widely or affected their communities so profoundly.

Today, online shopping is killing malls, but that’s another story. Monday is all about Gruen. Brief opening remarks by Minnesota Design Center Director Tom Fisher will precede a screening of “The Gruen Effect: Victor Gruen and the Shopping Mall.” (Here’s the trailer.) This will be followed by a panel discussion among Fisher; filmmaker, cultural critic and author Anette Baldauf; and architects Judith Eiblmayr and Alan Bruton. After that, there will be a reception and book signing of “Shopping Town: Designing the City in Suburban America,” Gruen’s memoir, edited and translated by Baldauf, published by the University of Minnesota Press. You’ll probably never have a better chance to learn more about a man who had such a profound effect on our state and our nation.

“Victor Gruen: Visionary Urban Designer” takes place Monday (Nov. 20) at the U of M College of Design, 100 Rapson Hall, 89 Church St. Opening remarks at 5:15 p.m., film screening at 5:20, discussion at 6:20, reception and book signing at 7. Free and open to the public. Presented by the Minnesota Design Center.

If you had tickets for Saturday’s concert at Orchestra Hall with “Hamilton” star Leslie Odom Jr. and the Minnesota Orchestra, that performance has been canceled “due to a scheduling conflict.” The new date is Saturday, March 24, 2018, same place.

The Inside the Classics concert originally planned for March 24 has been postponed.

All ticketholders to either concert will be notified directly by the orchestra’s ticketing services department.

Now at the Lab Theater: Interact Center’s “Feast of Fools.” In the age of kings, queens and knights, there was one day each year when court jesters, village clowns and other fools could go hog wild. The fools reign again in an original Interact production led by storyteller Kevin Kling, featuring a cast of more than 40 actors with and without disabilities. Staged and directed by Jeanne Calvit, with live music by a five-piece orchestra. FMI and tickets ($22/10; $5 for individuals with a disability and a companion); 612-333-7977. Ends Dec. 9. 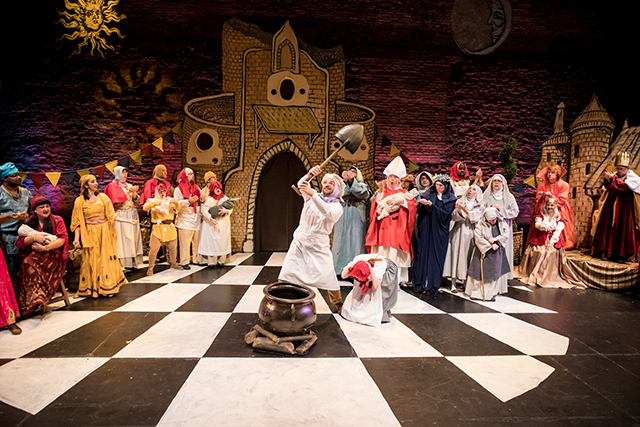 Photo by Dan Norman
“Feast of Fools” features a cast of more than 40 actors with and without disabilities.

Tonight at Orchestra Hall: Rafael Payare conducts Brahms’ Fourth Symphony. Both Venezuelan conductor Payare and French mezzo Virginie Verrez are making their Minnesota Orchestra debuts this week. Payare has led all of the major orchestras in Venezuela and many around the world; his mentor was Lorin Maazel. Verrez recently graduated from Juilliard and already has an impressive résumé. The program includes Brahms’ Fourth Symphony, Ravel’s “Shéhérazade,” and Dukas’ “The Sorcerer’s Apprentice.” 8 p.m. FMI and tickets ($25-96); 612-371-5656. Concert preview at 7:15 p.m.

Tonight (Friday, Nov. 17) at Blue Harbor Center for the Arts: Kristin Andersen-Anderson and Mary Jo Pehl. What is Blue Harbor Center for the Arts? An intimate new venue on St. Paul’s west side that’s billing itself as “the new hub for literary, cultural, artistic, and commercial innovation in the Twin Cities.” So far, they’re hosting writers’ meet-ups and Tuesday-night comedy showcases, and they’re starting to book live music. Andersen-Anderson and Pehl are stand-up comics; Pehl is a writer and actor on “Mystery Science Theater 3000.” 8 p.m. FMI and tickets ($20). 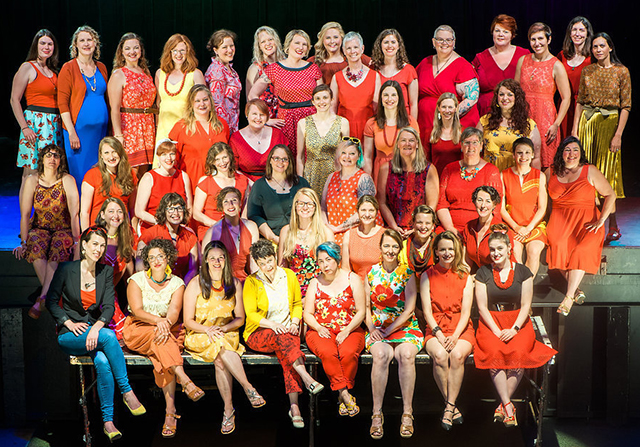 Saturday at North Garden Theater: Anthems and Monuments: Prairie Fire Lady Choir Season Finale with Chris Koza. Not your usual choir concert. The Twin Cities-based, a capella group of more than 60 “badass women” will open with a set of all-new songs and arrangements by singer-songwriter Chris Koza, written for him and the choir. Then PFLC will follow up with a set of their own compositions and covers of songs by Leonard Cohen, Devo, Lucius and Sleater Kinney. Doors at 6:30 p.m., show at 7. FMI and tickets ($12).

Starts Sunday at the Trylon: “Solaris.” The revamped revival theater in Longfellow has been screening the films of revered Russian director Andrei Tarkovsky, who only made seven. This week, it’s his 1972 version of “Solaris,” based on the 1961 science fiction novel by Stanislaw Lem. (A Steven Soderbergh version came later, but this is the original.) A hypnotizing, disorienting, nonlinear masterpiece, it’s not just for science fiction nerds but for fans of cinema. In Russian with English subtitles. Sunday at 3 p.m., Monday and Tuesday at 7 p.m. FMI, trailer and tickets ($8).

U of M hosts event on the father of Southdale; ‘Feast of Fools’ at the Lab