Before looking back at art we loved, a moment to remember artists we lost.

Maestro Stanislaw Skrowaczewski died on Feb. 21; a memorial service was held in his honor at Orchestra Hall in March. Soul singer Sonny Knight died on June 17, felled by lung cancer; after an earlier try at a music career in the 1960s and ’70s, he had found fame and success in his 60s. When we spoke with him at the Monterey Jazz Festival in 2015, he was the sweetest, most humble man.

Poet, performance, artist, teacher, mentor and bluesician J. Otis Powell‽ died on Aug. 28. Songwriter, drummer and Hüsker Dü co-founder Grant Hart passed away on Sept. 13 after an illness. He gave what would be his final performance at the Hook and Ladder on July 1, surprised that so many of his friends had shown up.

Let’s all be good to each other, and more kind. Even online.

In Minnesota and in the Twin Cities, we live among an embarrassment of arts riches. It’s tough to choose just 25 events and call them the best. But these are the ones that stood out and stayed with us, that made us think, feel and see things differently.

Pekka Kuusisto and the SPCO: “Time Machine” at the Ordway Concert Hall. The warmth and joy of this concert, the excellence of the playing and Kuusisto’s charisma made this a perfect start to the New Year.

Andrew Schneider’s “Youarenowhere” at the Walker. A torrent of words, ideas, digressions, fast moves and trickery, delivered by a bare-chested man. We were never so happy to be fooled.

Ragamala Dance Company: “Written in Water” at the Cowles. An ambitious and satisfying evening of original music, Hindu myth, imagery, and the sensuous storytelling of classical Indian dance.

“Penumbra Theatre at 40” at the History Center. Sets, costumes, scripts, clips and props were glimpses into the history and soul of the largest African-American theater in the U.S.

Minnesota Orchestra: “Future Classics: Emerging Composers Spotlight.” New works by seven young composers, performed by the orchestra under Osmo Vänskä’s baton. One quipped, “It’s safe to say it’s all downhill from now on for all of us.”

Kidd Pivot/Electric Company Theatre: “Betroffenheit” at Northrop. A journey through trauma and grief, told in words, music and virtuosic dance. We were awestruck and destroyed. 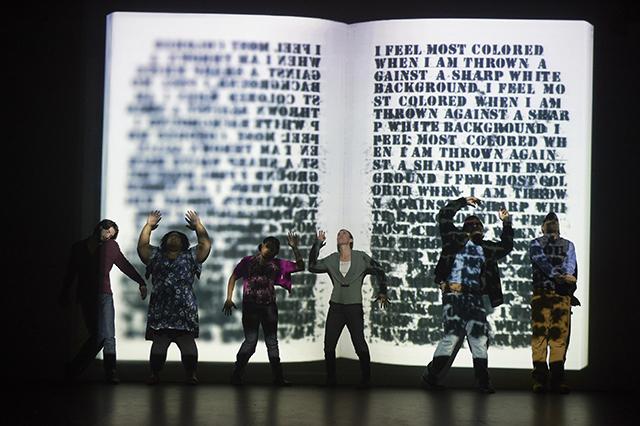 Claudia Rankine’s “Citizen: An American Lyric” at Intermedia Arts. Stephen Sachs adapted Rankine’s meditation on race for the stage; Frank Theatre brought it to life with conviction and quiet power.

Bedroom Community and Friends at the American Swedish Institute. Neither the loss of a featured vocalist (visa issues) nor the threat of rain derailed Liquid Music’s splendid concert on the grounds of the Turnblad Mansion.

McCoy Tyner and Joshua Redman in Mears Park. The standout set in a strong Twin Cities Jazz Festival paired a living legend on piano with a boundless talent on saxophone.

“Black Magnesia” at the Southern. Three nights of improvisation by almost 20 area musicians, conceived and curated by Joe Horton. This was hard-core but so rewarding. 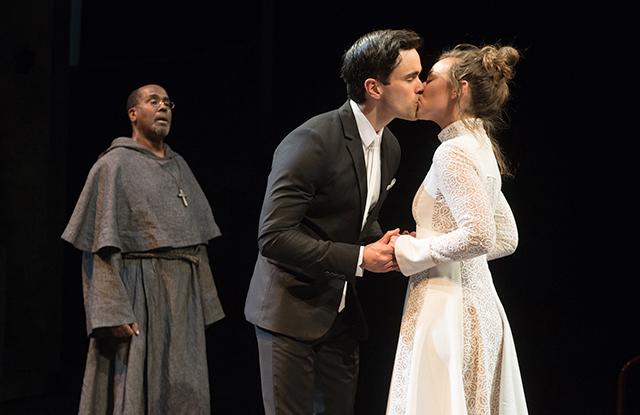 Photo by Jenny Graham
James A. Williams, Ryan-James Hatanaka and Kate Eastman in a scene from “Romeo and Juliet” at the Guthrie.

“Romeo and Juliet” at the Guthrie. There was real chemistry between the star-crossed lovers in this fresh, youthful production. Mercutio was played by a woman, and the set was magical.

Savion Glover and Marcus Gilmore at the Dakota. The superstar tap dancer and in-demand drummer held an hour-long dialogue in rhythm, and we hung on every beat.

“Speechless” at the Lab Theater. In a time of many words – often angry, cruel and divisive — the Moving Company gave us a wordless evening of beauty, hope, grace and lovingkindness.

“The Rise of the Minneapolis Sound” at the Fitzgerald. The Current’s Andrea Swensson turned her debut book release into a concert spanning 65 years of Twin Cities soul music. The finale was a tribute to Sonny Knight.

BRKFST Dance: “Seconds” at the Southern. A dazzling night of dance by seven fearless dancers schooled in hip hop, martial arts and contemporary dance. We can’t wait to see more.

Fat Kid Wednesdays at Icehouse. A night of transcendant improvised music before a hushed, rapt crowd in a room that also hosts the SPCO.

“Miss Bennet: Christmas at Pemberley” at the Jungle. The first holiday show in the Jungle’s history was witty, romantic and a big hit, so we can expect to see it again.

Benny Green at the Dunsmore Room. A living encyclopedia of jazz, Green payed homage to past masters including Cedar Walton and played a zillion notes on the Dunsmore’s Steinway.

BONUS: We have to add one more because it’s so good and it’s still going on (through Dec. 31).

“The Phantom of the Opera” at the Orpheum Theatre. Here’s Tuesday’s review.