In the last American TV commercial we saw, a woman was in a shopping aisle, having a conversation with a box of probiotics. “My friend told me about you!” she exclaimed, just before our thumb found the fast-forward button.

Thanks to the Walker, we have the British Arrows Awards. People talk about the Super Bowl spots like they’re the Holy Grail of advertising, but some (most?) of the best commercials we’ve seen have British accents. The Arrows are the UK’s Clios, awards given for the best ideas, craftsmanship and commercials of the year. For 31 years straight, the Walker has screened a reel of the winners over the holidays.

Maybe it’s the times we’re in, but this year’s reel seems especially good. As always, the ads play shamelessly on the emotions; you’ll laugh out loud and cry salty tears. The filmmaking is exquisite. One ad (for an online grocery store) features a tiny European robin who makes an arduous, death-defying journey home for Christmas. Another is a mini-Wes Anderson movie, directed by Anderson, set on a train and starring Adrian Brody as Conductor Ralph. In an amazing ad for Nike, a young black British boy somehow switches places with Portuguese soccer superstar Christiano Ronaldo, and each lives the other’s life.

A spot for the Paralympics shows who the real superhumans are. Take that, Marvel Comics. Domnhall Gleeson (“Ex Machina,” “Star Wars”) is Thomas Burberry in a gorgeous mini-film about the birth of the Burberry brand. It’s Maya Angelou’s voice we hear in “This Girl Can: Phenomenal Women,” a Sport England ad aimed at encouraging women to exercise. In an ad for an age-defying serum, 52-year-old Italian prima ballerina Alessandra Ferri dances with a hologram of her 19-year-old self. Breathtaking.

If you saw last year’s Arrows, you’ll remember the ad (nearly seven minutes long) with David Beckham and comedian Kevin Hart, where Hart does method research on Beckham by moving in with him. They’re back, only this time they’re on a road trip to Vegas to make “Beckham: The Musical,” starring Hart. Hart is bouncy, Beckham deadpan in five minutes of hilarity. Two Volkswagen winners are less about selling cars, more about honoring indie cinema. In a Homeaway spot, the narrator proclaims, “Forget the in tray. You’ve got a bidet!”

The ones that will kill you, if you’re not made of stone, are about refugees. “They let us in. I am alive. I am lucky,” say an elderly Jewish man who was a child in World War II, and a Syrian child today. A Save the Children film follows a young girl fleeing a war-torn city – except she’s white and British, and the city is London. The goal: to make the refugee crisis more relatable to those who don’t live in a war zone.

Watching with others is the best way to experience the Arrows. Bring Kleenex.

The British Arrows will screen multiple times in the Walker Cinema and McGuire Theater between now and Saturday, Dec. 30. If the past is any clue, most screenings will sell out. FMI and tickets ($14; $11.20 members, students and seniors).

Tonight (Thursday, Dec. 7) at Khazana: “Indian Cooking Unfolded: Conversations with Raghavan Iyer.” Hardly a week goes by when we don’t make Iyer’s Chana Masala, or Truck Stop Beans, or Ultimate Chicken Curry. Iyer came to Minnesota from Bombay for college; lucky for us, he stayed, authoring “Betty Crocker’s Indian Home Cooking” (don’t laugh; it’s terrific, and still in print after 16 years), then “The Turmeric Trail,” the best-selling “660 Curries” and “Indian Cooking Unfolded.” (His latest is about potatoes, which he loves.) The Emmy and James Beard award winner will talk, sign books and answer questions. 7 p.m. Free, but seating is limited. Register here. 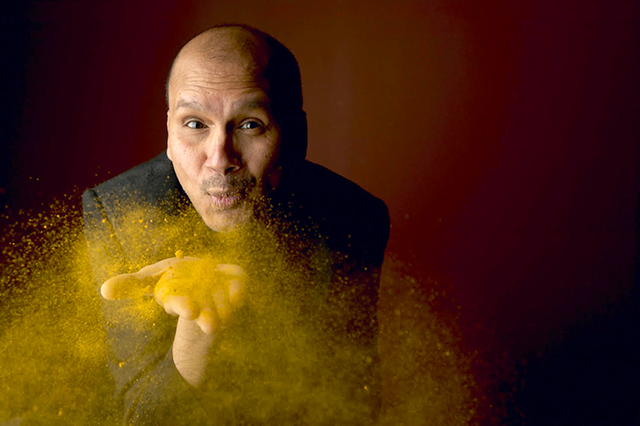 Tonight at Mia: “Behind the Lens: Star Tribune’s 2017 Photos of the Year.” The Strib’s photos of the year, an in-depth conversation on photography in the 21st century with photojournalists Carlos Gonzalez and Aaron Lavinsky, complimentary hors d’oeuvres, cash bar, and an 8×10 reprint of one of the 2017 Photos of the Year. Plus access to Mia’s big exhibit “Eyewitness Views: Making History in 18th-Century Europe,” a $20 value. All of which makes the ticket price for the evening look pretty good. Starts at 6 p.m.; presentation at 7:15; Q&A at 8; exhibit stays open until 9. FMI and tickets ($25).

Opens Saturday at the Weisman: “Prince from Minneapolis.” For three days in April 2018, the U of M will hold a “Prince from Minneapolis” symposium. Planned in collaboration with that event, this exhibition features work by Minneapolis photographers Allen Beaulieu, Nancy Bundt, Terry Gydesen and Robert Whitman, who captured images of Prince in his early years, along with work by other artists who were inspired by him. FMI. Ends June 17, 2018.

Now at the Ritz Theater: “A Christmas Carole Petersen.” Theater Latté Da’s warm, funny and touching holiday show skipped a few years (eight, actually) before returning in 2016 to Latté Da’s new home at the Ritz. Written by its star, storyteller Tod Petersen, and Peter Rothstein, it’s based on Peterson’s memories of growing up in Mankato and holiday letters from his mother, Carole. With Jody Briskey, Ryan Lee and Dominique Wooten. Directed by Rothstein. FMI, times and tickets ($35-45); 612-339-3003. Closes Dec. 30. 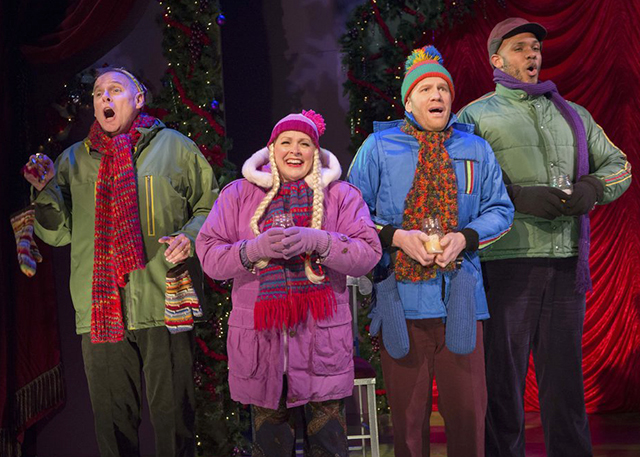 Tonight (Thursday, Dec. 7) through Sunday: Bach’s “Brandenburg” Concertos. An SPCO holiday tradition, these six orchestral works are the lighter side of Bach’s genius. Hearing them performed live – especially by musicians of this caliber – is a special treat. 7:30 p.m. tonight at Temple Israel; 8 p.m. Friday and Saturday at the Ordway Concert Hall; 2 p.m. Sunday at Benson Great Hall in Arden Hills. FMI and tickets ($11-26; $12-50; kids and students free).

Fridays through Sundays at HUGE Improv Theater: “Family Dinner.” HUGE calls this “the improvised holiday show you can relate to.” A cast of improvisers plays a family coming home for the holidays. Each member has a secret, suggested by the audience. Because this is improv, it’s different every time. Family Dinners usually sell out – this is what you might call a HUGE hit – so you might want to plan ahead a bit. FMI and tickets ($10 advance, $12 door); 612-412-HUGE (4843). No show Dec. 24. Closes Dec. 30.