New leaders bring new ideas. Dawn Bentley took over as executive director of the Minnesota Fringe Festival on April 3, just four short months before the 2017 festival began on Aug. 2. Jay Gilman signed on as associate director in May. Both were still standing after the theater colossus rolled through town: 860 performances of 167 shows at 17 venues on 11 days, with over 46,000 attendees.

Looking ahead to 2018, Bentley recently announced significant changes to the way things have been.

Single show tickets are back. The day pass introduced in 2016 by former Fringe director Jeff Larson will still be available, but if all you want to see is a single play, you can do that. As before, the pass will allow entry to any show, at any time, in any location for one price. Single tickets will be to particular performances.

Venues will be fewer and concentrated in two hubs: the West Bank and northeast Minneapolis. On the West Bank, Fringe shows will go on at the Southern, Theatre in the Round, Mixed Blood, the U’s Rarig Center (3 stages) and Augsburg (2 stages). In Northeast, they’ll take place at the Ritz (2 stages), the Strike and the Minnsky. There will be no Fringe shows in Uptown this year.

As part of the Fringe’s new Touring Artist Initiative, the first 10 percent of festival slots will go to national and international artists, and to Minnesota artists coming from outside the 11-county metro area.

A Minnesota Family Fringe will debut at Celtic Junction in St. Paul’s Creative Energy Zone. These shows will be selected by a jury, not determined by lottery, like the rest of the Fringe. (That hasn’t changed). The jury will include Gilman, Children’s Theatre Company Artistic Director Peter Brosius, Penumbra Associate Producer Shayla Roland and Transatlantic Love Affair Artistic Director Isabel Nelson, among others.

Applications are now open for the Fringe and the Family Fringe. For the main festival, tiered options are available, based on the size of the crowd you think you’ll draw. Learn more online.

With Uptown off the Fringe map, the Fringe promises “exciting partnerships during other parts of the year to maintain relationships with beloved venues Bryant Lake Bowl, HUGE Theatre and the Phoenix.”

Artistry in Bloomington, a nonprofit theater and visual arts organization based in the Bloomington Center for the Arts, has received the 2017 Omar Bonderud Award from the City of Bloomington Human Rights Commission.

Named for the commission’s first chairperson, given annually since 1968, the award recognizes an individual or organization that has made a significant contribution to human rights in the city.

The 2017 Bonderud is a nod to Artistry’s programs in the Bloomington public schools, its arts education initiatives with seniors and people with disabilities, its efforts to make theater affordable to everyone through pay-what-you-can performances and special pricing for under-30s, and its work with the commission on behalf of children of immigrant parents. 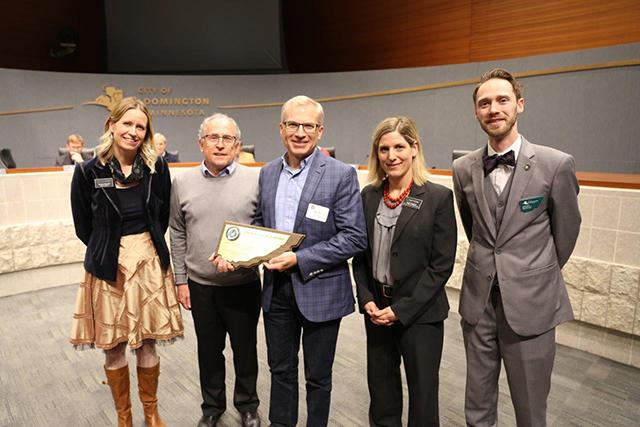 Artistry’s community outreach program, which serves people of diverse ages, abilities and cultural and economic backgrounds, has grown from 575 participants in 2010 to more than 7000 in 2017.

Coming up in Artistry’s two theaters: Jason Robert Brown’s “The Last Five Years,” a musical story of a marriage, told from the beginning and the end, starts Jan. 15. In the galleries: “Something to Say: Art as Commentary” opens Jan. 5.

Please, Lesley Nneka Arimah, leave some awards for other authors.

The Minneapolis-based author’s debut short-story collection, “What It Means When a Man Falls from the Sky,” is a finalist for the Leonard Prize for a first book in any genre from the National Book Critics Circle. (So are two books published by Minneapolis-based Graywolf Press, “Whereas” by Layli Long Soldier and “Her Body and Other Parties” by Carmen Maria Machado.)

In November, “What It Means” won the prestigious $50K Kirkus Prize for Fiction. Arimah earlier won an O. Henry Prize for “Glory,” a story that appears in the collection, and was named one of “5 Under 35” by the National Book Foundation. The Leonard Prize winner will be announced in January.

If you don’t know Arimah, you can listen to Club Book’s podcast of the reading and talk she gave in October at the Brookdale Library. All of the fall 2017 Club Book podcasts are now available – a tremendous free resource for book lovers.

Tonight (Tuesday, Dec. 12) at St. Bartholomew Catholic Church: “Christmas With Cantus.” The splendid eight-man vocal ensemble is famous for its Christmas show. For 2018, Cantus reimagines classic stories – “A Christmas Carol,” “Gift of the Magi,” “ ’Twas the Night Before Christmas” – through familiar carols and new holiday tunes. This is the first of nine shows that will take the group around the metro area, from Wayzata to Stillwater, Fridley to Apple Valley. Thursday’s performance at MacPhail’s Antonello Hall will be broadcast live on MPR. FMI including locations, times and tickets ($20-40 adults, $10 students); 612-435-0055. 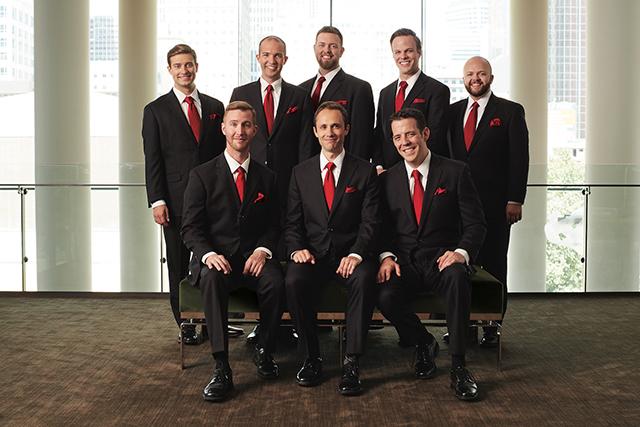 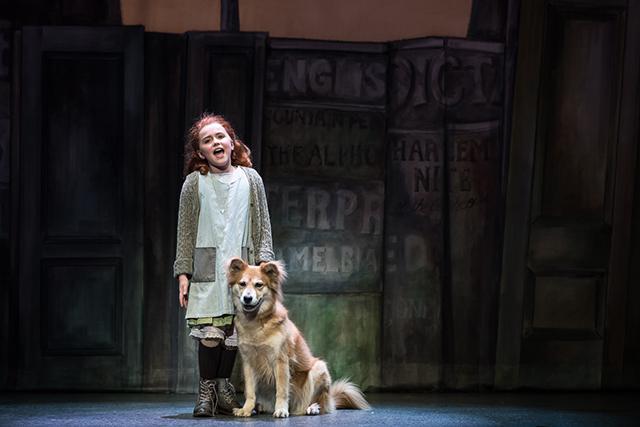 Photo by Rich Ryan
Lillian Hochman as Annie and Marti as Sandy.

Wednesday at the U’s Coffman Union: “Celebrating Jane.” The U’s English department has held a series of events this fall in honor of the 200th anniversary of Austen’s death. Although we inexplicably missed the boat on the first three, there’s time to catch the fourth and final: a party, with Austen-related games of trivia, murder mystery and whist, plus music, a short talk and refreshments. You know, party like it’s 1817. In the President’s Room. 7 p.m. Free and open to the public.

Thursday through Saturday at Gamut Gallery: “In a Gallery Far, Far Away.” Because “Star Wars, Episode VIII: The Last Jedi” opens Friday. Dozens of Twin Cities artists from different backgrounds, working in various media, will show that the franchise belongs not only to George Lucas and Disney but the fans. See the show for free during regular gallery hours (Thursday-Saturday, 1-7 p.m.) or fork over $5 for the party on Saturday. Don a costume if you want and head to Gamut for music from Adam Conrad’s Improvestra (including the “Star Wars” theme), space-inspired ambient sounds from DJ Andy Fitton, and 1970s-era disco by the Headspace Collective, because the original “Star Wars” came out on May 25, 1977, even if you weren’t born yet. Curators Mark Dean and Kurtis (“Kujo”) Johnson are both big fans, Dean since childhood and Kujo more recently, through watching the series with his son. Saturday, 7-11 p.m.

Changes to the Fringe for 2018; ‘Star Wars’ show at Gamut Gallery