Father John Misty (Josh Tillman) will headline Rock the Garden 2018, set for Saturday, June 16, on the hillside outside the Walker Art Center. A second stage for local bands will be set up in the renovated Minneapolis Sculpture Garden.

The L.A.-based singer-songwriter has found favor with local audiences in shows at Hall’s Island in Minneapolis, Surly Brewing Festival Field and Icehouse, where he performed a private “microshow” in May hosted by the Current. His smart, witty songs embrace politics, language, religion, love, entertainment, and existence; his performances blend Jim Morrison-style gyrations with 21st-century social commentary.

Tickets are on sale now through Friday at 5 p.m. to Walker and MPR members only. Any remaining tickets will go on sale to the general public in April 2018, when the rest of the lineup is announced. Snooze and you could lose; Rock the Garden 2017 sold out.

Have we lost our ability to put ourselves in each other’s shoes? To understand and share each other’s feelings, condition, and point of view? Maybe we have, and that’s why we’re in such a mess. Can art help?

“A visitor to our museum has the opportunity to experience works of art made over the course of some 5,000 years, from every corner of the globe,” Minneapolis Institute of Art Director Kaywin Feldman said in a statement. “One of the most meaningful aspects of this encounter is the awareness it can awaken of a common humanity.”

With a $750,000 grant from the Andrew W. Mellon Foundation, announced Wednesday, Mia will establish the Center for Empathy and the Visual Arts – the first of its kind in an art museum. In October, Mia met with museum curators and directors, artists, educators, and experts from many disciplines at UC Berkeley to discuss empathy and the role of the art museum. Over the next five years, ideas generated there will be developed, tested, and turned into tools museums can use to build empathy among their visitors.

Also announced Wednesday: a $520,000 grant from the Ford Foundation and the Walton Family Foundation. That funding will be used for Mia’s Inclusion, Diversity, Equity, and Accessibility (IDEA) program, which strengthens the pipeline of art museum leadership positions for people of color and indigenous people. IDEA expands on Mia’s current Native American Fellowship Program, active for more than 10 years with financial support from the Shakopee Mdewakanton Sioux Community.

Two (more) good reasons to have a library card

It’s free, it’s local and we love it. 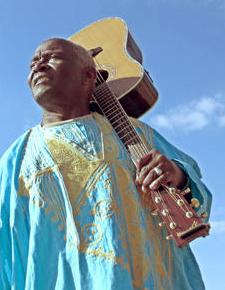 The collection was chosen from 325 contributions by a team of five curators: vocalist Maria Jette; Jessica Rau, program and artistic director for the Cedar; J.D. Steele, a member of the Steeles and director of the MacPhail Community Youth Choir; and Matt Dahl and Chris Latchana, library staff members with deep roots in the Twin Cities music scene. The artists received a $200 stipend from the Friends of the Hennepin County Library, the system’s funding partner.

Anyone can stream from MnSpin, but if you want to download songs, you’ll need a Hennepin County library card.

So, why is the library in the music business? It always has been, making sheet music, vinyl records, cassettes and CDs available to patrons. MnSpin is just the latest way to do what it already does.

Plans are to grow the collection by 40-80 albums each year starting in 2018, with funding from the Friends.

A Hennepin County library card – or a library card from any of the eight public library systems in the Twin Cities – can also get you free or discounted tickets to museums, cultural organizations, performances and nature sites all over the seven-county metro area. Some examples: the American Swedish Institute, Illusion Theater, Mia, Minnesota Orchestra, Northrop, Penumbra Theatre, the SPCO and TU Dance. Funded by Legacy money and the Metropolitan Library Service Agency (MELSA), the smARTpass program covers a wide swath of arts and culture experiences. Learn more here.

A year in reading from Louise Erdrich

What does best-selling, award-winning super-author Louise Erdrich think we should read in 2018? She tells us in an article published earlier this month in The Millions, an online magazine covering books, arts and culture.

The titles on Erdrich’s list are not about going to happy places or feeling better about yourself or organizing your sock drawer. They’re about the end of male supremacy, what it means to be colonized, what would happen to Earth if humans suddenly disappeared (hint: good things), economic refugees, female fury and Sherman Alexie’s fraught relationship with his mother. These are books that will make you want to fix the world, not from a sense of do-gooder-ism, but fueled by shock and rage. P.S. Erdrich owns a bookstore.

Tonight (Thursday, Dec. 14) at Vieux Carré: Larry McDonough Group: Twisted Holidays. “Jingle Bells” as a jazz ballad, “My Favorite Things” with echoes of John Coltrane, “Little Drummer Boy” without the drums, and a rhythmically tricky “Angels We Have Heard on High” are just a few of the tunes that make this evening not the same-old same-old. Plus St. Paul-based pianist and singer McDonough will present a new arrangement of Bill Evans’ “It’s Love, It’s Christmas,” based on a copy of the original manuscript given to him by Evans’s widow. 8 p.m. $8 at the door. 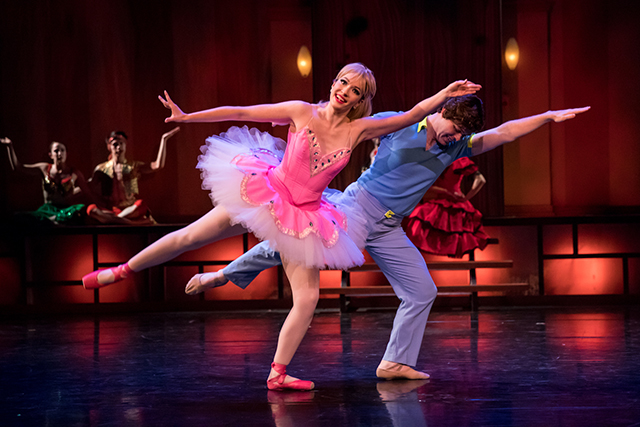 Dan Norman Photography
Myron Johnson’s “Nutcracker (not so) Suite” opens Friday at the Cowles Center for Dance and the Performing Arts.

Starts Friday at the Cowles: Myron Johnson’s “Nutcracker (not so) Suite.” Hard to believe that Johnson’s irreverent holiday show, created for his storied company Ballet of the Dolls, is 25 years old. The Dolls are … on hiatus? … but the “Nutcracker” lives on with the James Sewell Ballet. Eva Schulte is Barbie, Jordan Lefton is Ken, Deanna Gooding is Marie, and Bradley Greenwald joins the cast as Mama Flo. 7:30 p.m. FMI and tickets ($25-50). Bawdier “Naughty Nutcrackers” on Dec. 22, 28 and 30. Closes Dec. 30.

Friday at Our Lady of Guadalupe Church: Minnesota Chorale and Border CrosSing: “Handel: El Mesías.” A bilingual version of Handel’s “Messiah,” with music by Ignacio de Jerusalem and Manual de Sumaya that was performed in the cathedrals of Mexico during the same period. 8 p.m. FMI and tickets ($20/15). Pay-what-you-can tickets at the door starting at 7 p.m.

Friday through Sunday at Lakeshore Players Theatre: “The Great Gatsby.” Simon Levy’s adaptation of F. Scott Fitzgerald’s novel about Jay Gatsby, Daisy Buchanan and the death of the American dream. This is the only stage version endorsed by the Fitzgerald estate. Directed by Andrew Browers. Ages 13 and up. FMI and tickets ($25/22 adults, $22/19 seniors/students).

Saturday at Lake of the Isles Lutheran Church: “Amahl and the Night Visitors.” Menotti’s classic Christmas opera as you’ve never seen or heard it before: performed by an all-female cast and a puppet chorus of shepherds. Presented by Really Spicy Opera, a Minneapolis-based chamber opera company, in conjunction with Waconia High School, directed by Basil Considine. Bring the kids. 50 min. 12 p.m. FMI and tickets ($20 adults, $10 ages 4-18, free under 4).