MinnPost will take a holiday break Christmas week and New Year’s Day, with limited new content during that time (but pretty darned interesting, so please check back). Artscape will return on Wednesday, Jan. 3.

Tonight (Friday, Dec. 22) and Saturday at the Science Museum: “Illumination: Light Up the Night.” The Science Museum hopes to start a new family tradition this year. It will dim the lights, hand you an LED flashlight, and turn you loose in galleries lit by science. Watch a laser show; play a large-scale, light-themed video game in the lobby; try light painting and lantern-making; build a lightsaber; have a glow-in-the-dark drink. 5-9 p.m. both nights. FMI and reservations ($18.95/$12.95); 651-221-9444.

Tonight (Friday, Dec. 22) and next Friday (Dec. 29) at the Alexander Ramsey House: A New Year Celebration. Go back in time for food, music, dancing and games from the 19th century, in the grand Victorian-era home built by Minnesota’s first territorial governor. Play parlor games, sing along to songs of the era and sample holiday treats baked in the wood-burning stove. 7-9 p.m. FMI and tickets ($20-10); 651-259-3015. Like the Hill House (see below), the Ramsey House also offers 60-minute guided house tours. 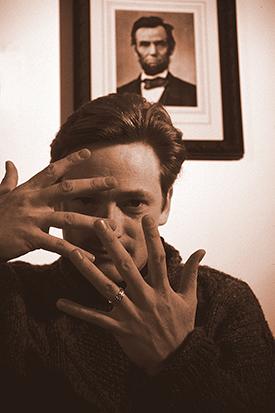 Saturday (Dec. 23) in the Dunsmore Room at Crooners: Bill Carrothers, solo piano. Carrothers, who lives in Michigan’s Upper Peninsula, was a regular at the Artists’ Quarter in St. Paul before it closed. He’s found a new home in the cities – well, just outside the cities – at Crooners, where the 9-foot Steinway seems made for his form of artistry: wide-ranging, thoughtful, endlessly inventive, sometimes playful, informed by history (like the Civil War and WWI), steeped in jazz, humbled by Bach and dead serious. Carrothers is a deep player, much loved in Europe, with dozens of his own recordings and heavy sideman credits (Dave Douglas, Lee Konitz, James Moody, Toots Thielemans and Billy Hart, to name a few). He’s part of the Dave King Trio, another Crooners favorite, but he should also be heard solo. 6 p.m. FMI and tickets ($15-20); 763-760-0062.

Wednesday (Dec. 27) at the Dakota: Rio Nido. Tim Sparks, Prudence Johnson and Tom Lieberman were a big-deal Twin Cities band in the 1970s and ’80s. They went their separate ways, then reunited in December 2015 for what everyone thought would be a one-off at the Dakota. It was so successful they’re back on the scene again – not as a nostalgia act but as three fine musicians in full flower. 7 and 9 p.m. FMI and tickets ($35/25); 612-332-5299.

Wednesday and Thursday (Dec. 27-28) at a movie bigaplex near you: “Doctor Who: Twice Upon a Time.” The finale to the Peter Capaldi era introduces the Thirteenth Doctor (and the first woman in that role), Jodie Whittaker (Beth Lattimer in “Broadchurch”). It also features the return of Pearl Mackie and guests Mark Gatiss (“Sherlock”) and David Bradley (“Game of Thrones”). 7 p.m. FMI including locations and tickets (prices vary).

Wednesdays-Fridays and Sundays through Dec. 31 at the James J. Hill House: Christmas Traditions Guided House Tour. A 60-minute tour of the decorated mansion includes stories of people who lived and worked on Summit Avenue, historic photos of the neighborhood and excerpts from Hill family letters and journals. First tour at 10 a.m., last at 3:30. FMI and tickets ($12-8); 651-297-2555. 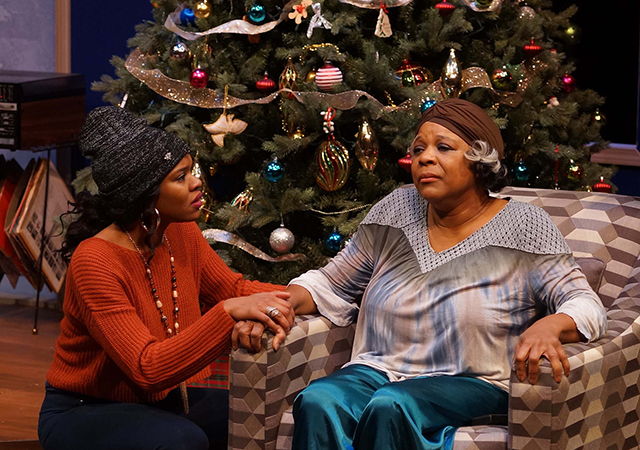 Photo by Petronella J. Ytsma
Jasmine Hughes and Cynthia Jones-Taylor in “Dot” at the Park Square.

See a holiday show before it closes. “A Christmas Carol” at the Guthrie continues through Dec. 30. Ditto Theater Latté Da’s “A Christmas Carole Petersen” at the Ritz. “Nutcracker (Not So) Suite” is on stage at the Cowles through Dec. 30, and “Annie” is at the Ordway through Dec. 31. “How the Grinch Stole Christmas!” runs through Jan. 7 at the Children’s Theatre. So does “Dot” at the Park Square, the Midwest premiere of a play by Colman Domingo, directed by E.G. Bailey, about a loving family grappling with aging parents, midlife crises, and life in a West Philly neighborhood.

See an exhibit before it closes. Mia’s “Eyewitness Views: Making History in 18th-Century Europe” ends Dec. 31. Have you ever visited the Prairie-style Purcell-Cutts House, just east of Lake of the Isles? Part of Mia’s collection, it’s decorated for the holidays, with public tours this Saturday (Dec. 23) and next (Dec. 30) and Sunday, Dec. 31. FMI and tickets ($5 adults, $4 students, under 12 free); 612-870-3000. Or buy from Mia’s Visitor Service desks. You’ll leave from Mia on a free shuttle. At the Weisman Art Museum, “Jizi: Journey of the Spirit” ends Dec. 31. A memorial retrospective of large-scale ink drawings by a contemporary Chinese artist, curated with his son, it also includes a monumentally-sized, rarely-seen scroll.