If you’re a student or a faculty member at McNally Smith College of Music, you’ll remember yesterday — Thursday, Dec. 14 — as a dark day. That’s when you learned that the college will close next Wednesday, Dec. 20. Not close for Christmas break, but shut down for good.

The college can’t even make payroll today, but is asking faculty to consider finishing the term and issuing grades as usual. The fall commencement ceremony is set for tomorrow, Saturday, Dec. 16.

Here are portions of the email sent to faculty at 4:51 on Thursday afternoon by board chair Jack McNally. Another email was sent to students shortly after.

As you all know, in the past few years higher education has been in an unprecedented decline … Like most colleges, MSCM has been experiencing declining enrollment and revenue while having to continually increase scholarships to compete with other colleges that give up to 50% in tuition scholarships. Due to the onerous DoE regulations that have been implemented we have for the last 2 years been in the process of converting to nonprofit status and we have been seeking funding necessary to establish the college on firm financial footing as a nonprofit institution. We were approved by the IRS in April for non-profit status and sent our 600 page pre-approval application the DoE. The 45-60 day review took much longer that any of us anticipated and as a result of the delay and the enormous legal costs for the conversion we were not able to secure the financing we needed. …

We deeply regret these circumstances and can only ask for your understanding, patience, and cooperation as we try to meet our obligations to you and our students. We are committed to making good on the wages owed to you and will do so as soon as we possibly can. Our Medica coverage is paid through the end of December.

We have 38 students scheduled to graduate this Saturday, December 16. Many will be receiving their bachelor degrees signifying four years of hard work and significant expense. To fall short of attaining this goal is an unimaginably cruel fate.  Likewise, we have over 300 additional students who would not complete their semester and also would not receive credits they have paid for.

We are asking faculty and staff to consider finishing the term and issue grades as usual to avoid these horrific consequences for our students, even if it is without pay, simply for the sake of our students. We fully understand the awkwardness and unfairness of this request. Nevertheless, we are asking for your help. …

And what about the History Theatre, which shares a building with the college?

‘Light the World’ opens at the Lab

Less than five minutes into “Light the World,” there’s a bare-chested emcee singing “Willkommen!” on one stage and an aerialist hanging upside-down over another while a woman spins a lighted hoop and four dancers twirl in silk robes. Lights are flashing, music is pumping and a bearded man plays an amplified cello.

Mary Kelley Leer, who owns the Lab Theater with her husband Chuck Leer, wanted to do a holiday show. It would be an antidote to the torrent of bad news in the world. She dusted off her Ruby’s hat; for years, Leer ran Ruby’s Cabaret, birthplace of Twin Cities phenoms including Moore by Four and  Ballet of the Dolls. She reached out to director Jessie Storovich and the young performers of “CABARAVE,” a “theatrical nightclub” seen at the Lab , and together they made something new.

“Light of the World” opened Thursday to a healthy house that included Alan Page, whose Page Education Foundation will receive a portion of all ticket sales. It’s an evening of music, dance, tap dance, skits, poetry, rap, a bit of fist-raising (with audience participation) and optimism. More than once, we’re told that if we don’t like the way things are, we should change them. “If you want world peace, don’t wish for it. JUST DO IT!” Rush Benson exhorts the crowd. 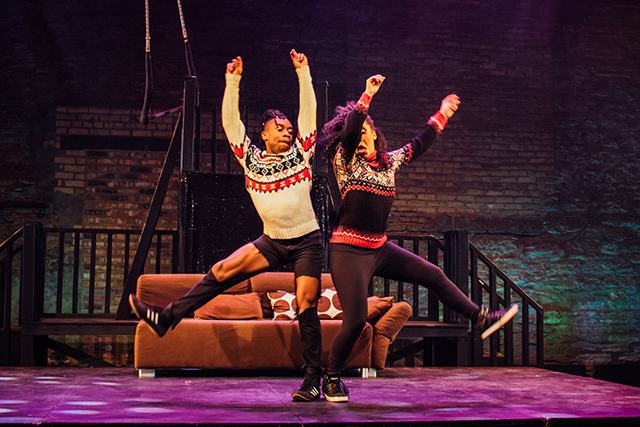 Photo by Annie Galloway
“Light of the World” has five more performances from now through Dec. 23.

A “Dance of the Sugarplum Fairies” turns into a tap-dancing, beat-heavy frenzy. Poetry – by Lawrence Ferlinghetti, Langston Hughes and Allen Ginsberg – weaves through a holiday-flavored musical mash-up that includes Tchaikovsky, Michael Jackson, Scott Joplin and Beyonce. Throughout the show, on the balcony that overlooks the theater space, Andrew Hill, aka DJ Nostalgia, works his mixing, scratching magic. The vocal arrangements are by Sanford Moore, whose long association with Leer reaches back more than 30 years, to the earliest days of Ruby’s.

A few highlights: An acrobatic aerial dance to “Santa Baby.” A family argument around a holiday dinner table, expressed in syncopated rhythms and tap. “Sisters,” first heard at Ruby’s in performance by Jearlyn and Jevetta Steele, sung and danced by two young black men. The song “I Am What I Am” sung by a man who changes into women’s clothes.

It’s definitely a show with a progressive bent – there’s a brief mention of impeachment – but it’s mostly about love, acceptance, working for the change we want to see in the world, and giving, the one true way to feel abundance.

At times, “Light the World” drags a bit. The show is in three parts, and the breaks are overlong. But if you want a high-energy, diverse, entertaining, big-hearted show for the holidays, “Light of the World” has five more performances from now through Dec. 23. FMI and tickets ($25-48). 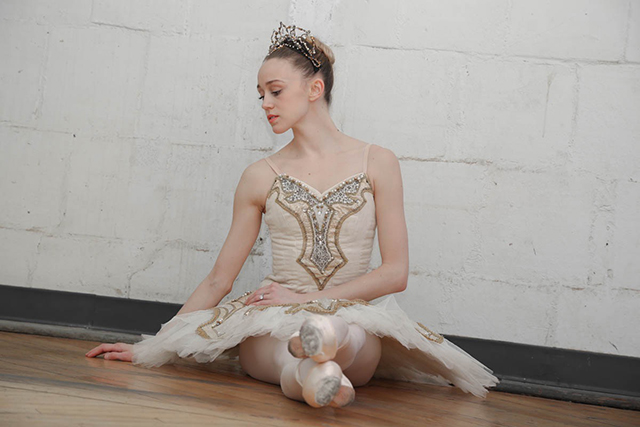 Dusty Button, an Instagram superstar and former principal dancer with the Boston Ballet, will dance the Sugar Plum Fairy at the O’Shaughnessy.

Tonight (Friday, Dec. 15) through Sunday at the O’Shaughnessy: Ballet Minnesota: “The Classic Nutcracker.” For its 30th annual “Nutcracker,” Ballet Minnesota has brought in two big names in the ballet world. Dusty Button, an Instagram superstar and former principal dancer with the Boston Ballet, will dance the Sugar Plum Fairy. Rasta Thomas, a featured principal with over 25 companies, founder of the Bad Boys of Dance (“Rock the Ballet”) and newly appointed artistic director of the American National Ballet, will dance the Cavalier. 7:30 p.m. tonight and Saturday, 2 p.m. Saturday and Sunday. FMI and tickets (adults start at $36; prices vary).

Saturday at St. Mary’s Greek Orthodox Church: The Romanian Colinde Concert. Singing colinde – ritual Romanian Christmas songs – is a centuries-old tradition in Romania and the Republic of Moldava. UNESCO considers it part of the Intangible Cultural Heritage of Humanity. This one-of-a-kind holiday concert will feature new arrangements of ancient Romanian carols, shouts, dancing, and new pieces for toaca, an instrument made from a wooden plank and used to call the faithful to prayer. It all sounds kind of wild and exciting. With Orkester Bez Ime, percussionist Peter O’Gorman, Chorus Ciprian Porumbescu and Romanian choreographer John Omorean. St. Mary’s is the church with the golden dome that rises to the east of Lake Calhoun. 5 p.m. Free; suggested $10 donation. FMI and reservations. Stay after for the holiday party.

Sunday at the Highland Park Community Center: “Hershel and the Hanukkah Goblins.” The Minnesota Jewish Theatre Company’s Ivey-winning family show returns with brand-new puppets by Chris Griffith. Because the 1 p.m. show is sold out (or nearly), a second has been added at 4 p.m. FMI and tickets ($30); 651-647-4315. Closes Dec. 19.

Tuesday at the Dakota: George Maurer Group Holiday Show. A Dakota holiday tradition since 2000, this is always a night of revelry, wit and musical twists. Maurer is a pianist, composer, bandleader, producer – and serious cyclist, whose months-long bike rides across places like Iceland and Sri Lanka have raised more than $40,000 for cancer research. His holiday show is a guaranteed good time. 7 p.m. FMI and tickets ($15); 612-332-5299.

McNally Smith will close due to lack of funds; ‘Light the World’ lights up the Lab