If you like musicals, and even if you don’t, you should try to see “The Phantom of the Opera” at least once in your life. Derrick Davis saw it 14 times before joining the touring company in 2016 as the first African-American to play the title role.

Billionaire British impresario Cameron Mackintosh’s 25th anniversary production of Andrew Lloyd Webber’s mega-hit spent much of December 2013 at the Orpheum Theatre. It’s back for another extended stay, with shows daily (except Mondays) through Dec. 31. And it’s fantastic. From the moment you enter the theater, where a large, cloth-covered something hangs ominously overhead, you’re drawn into 1890s Paris and the tale of a tormented, disfigured, murderous musical genius obsessed with his young protégé, a dancer-turned-soprano who’s in love with someone else.

The music still thrills after all these years. (“Phantom” premiered on London’s West End in 1986, opened on Broadway in 1988 and has played both places ever since. It’s now the longest-running musical on Broadway.) The opening run of chords on the organ shakes the house. Many of the songs have long been famous: the title song, “The Music of the Night,” “Think of Me,” “All I Ask of You.”

The cast and orchestra together number more than 50, and sometimes the stage seems to overflow with people. We were lucky to see Davis in one of his final performances with the tour; he was powerful, charismatic and convincing. Starting tonight (Tuesday, Dec. 19), Quentin Oliver Lee, another young African-American with Broadway and opera creds, will take over. Eva Tavares sings the role of Christine with strength and delicacy. Jordan Craig is a lyrical Raoul, Trista Moldovan a fiery diva, David Benoit and Edward Staudenmayer (Emile de Becque in 2016’s “South Pacific” at the Guthrie) are messieurs Firmin and André, the two new owners of the opera house who have no clue what they’re getting into.

Maria Björnson’s costumes are exquisite, and Paul Brown’s sets are jaw-droppers, changing before your eyes. An office becomes a tower that sprouts stairs that spiral down the side. A small gondola-like boat, fitted with a fiery torch, slowly makes its way across a mist-covered lake. A masquerade held in a hall of mirrors is dizzying. We’re in an opera house, watching a production; in a dressing room; in a labyrinth below the opera house; on the roof; in the managers’ office; in a ballroom; in the Phantom’s candlelit lair; in a graveyard, where a rising sun slowly pinks the sky. Some of the special effects are projections, but thankfully, not all. When flames shoot up from the stage, you feel the heat.

With our culture convulsed by reports of sexual harassment and #MeToo, the story is even more troubling. The Phantom is a controlling, rage-filled man, and Christine is a vulnerable young woman who owes her career to him. In one scene, after he has taken her to his lair, he tucks her into his bed and we fear for her. But it’s a spectacular work of theater, and the Orpheum, with its gleaming domed ceiling and elaborate plasterwork, is the perfect place to experience it.

If you’re looking for a big, blow-out entertainment between now and the end of 2017, “Phantom” is a no-brainer. FMI including times and tickets ($39-145). Buy at the State Theatre box office down the street, save on fees. Student/educator rush tickets ($25) are available two hours before showtime.

Tonight (Tuesday, Dec. 19) in the ART Gallery at Le Méridien Chambers: “Energy: Made Here” launch. Hennepin Theatre Trust, with support from Andersen Windows, presents the ninth iteration of Joan Vorderbruggen’s vision: to fill empty windows and other underused spaces with work by local artists. “Energy” includes 20 downtown window displays and two large-scale photography exhibits on the exterior of Mayo Clinic Square: “Legendary,” with portraits of football legends, and “Urban Mandala,” with collages made from hundreds of photos taken around Minnesota. Global Rights for Women (GRW) and MAD DADS have created window displays about their missions. Tonight’s launch will include walking tours at 6 and 7 p.m., live music, performance art and refreshments. It looks like the weather will cooperate. We’re glad to see this program continue under the Trust’s new President and CEO, Mark Nerenhausen. 5-8 p.m. FMI. Free. 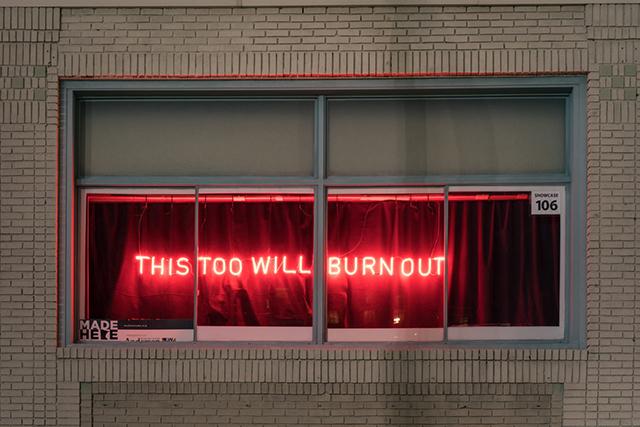 Tonight at the University Club of St. Paul: Carol Connolly’s Readings by Writers. As we speed toward the holidays, give yourself a little something: an evening of poetry, community and inspiration. Plus it’s Connolly’s birthday. With Tim Nolan, Maryann Corbett, Norita Dittberner-Jax, Mary Moore Easter, Kevin FitzPatrick and Michael Moos. The bar is open before, during and after the reading. 7:30 p.m. Free and open to the public. Need gifts? Buy books and get them signed. Cash and checks only.

Thursday at Landmark Center and Crooners in Fridley: “Songs of the Season.” Abbie Betinis curated and will host a program of songs by Minnesota composers. The most popular program in the Schubert Club’s free Courtroom Concerts series, “Songs of the Season” will take place at its usual time and place: noon at Landmark Center in Courtroom 317. Then, for the first time, it will hit the road to Fridley for an encore performance at 5 p.m. in the Dunsmore listening room at Crooners. Both performances are free and open to the public, with no reservations required.

Opens Friday at the Edina Cinema: “The Shape of Water.” Guillermo del Toro’s new film is getting rave reviews and was nominated last week for seven Golden Globes. Having seen his fascinating and kind of creepy show at Mia earlier this year, we’re intrigued by the critics’ descriptions: “wonderful monster movie/romance,” “powerful story of love and empathy,” “utterly lovely,” “generosity of spirit.” It’s at the Uptown now through Thursday. FMI including trailer, times and tickets. 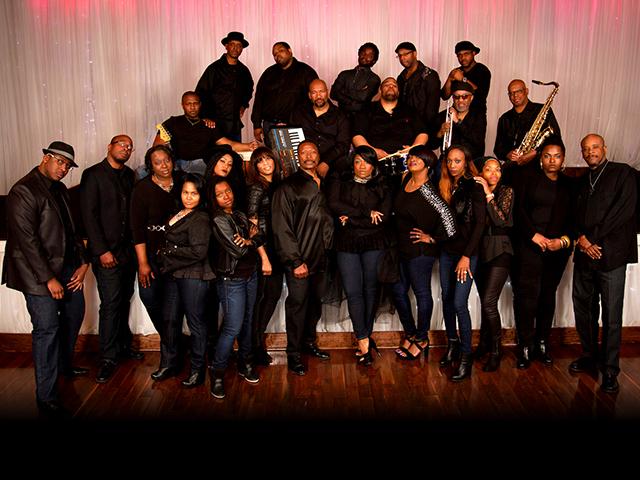 Courtesy of the artists
Sounds of Blackness

Saturday at the Fitzgerald Theater: Sounds of Blackness: “The Night Before Christmas – A Musical Fantasy.” Santa, Mrs. Claus and Rudolph the Rappin’ Reindeer learn the true meaning of Christmas in this contemporary adaptation of Clement Clarke Moore’s quintessential Christmas poem. An annual family-friendly tradition filled with music: R&B, hip hop, jazz, blues, and gospel, performed by the triple-Grammy-winning Sounds of Blackness singers and band. Doors at 7 p.m, show at 8. FMI and tickets ($40-50; $25 children under 10).

‘The Phantom of the Opera’ is back, and it’s fantastic