No conductor; low ticket prices; kids and students always free. A $42 million concert hall built to your specifications that is often dark because you’re off performing in neighborhood churches and bars. Is that any way to run an orchestra?

Attendance in FY17 increased by 5 percent; nearly 116,000 people attended the SPCO’s 140 concerts in 24 venues throughout the metro. Young audience attendance quadrupled from the previous year, a result of free tickets and special performances at Icehouse in Minneapolis and the Turf Club in St. Paul. More than 8,000 children and students attended regular SPCO concerts.

Institutional giving continued to decline, a long-term trend seen across the arts, but individual giving to the SPCO’s Annual Fund reached an all-time high, and the total amount given to the fund grew by nearly 2 percent from the previous year.

The SPCO embarked on two successful tours – one of the East Coast, the other in Europe – and released a Grammy-nominated recording of Schubert’s “Death and the Maiden” with artistic partner Patricia Kopatchinskaya. It began adding full-length concert videos to its free online Concert Library and presented its first-ever live video stream of a performance. It added three new musicians – violinist Eunice Kim, principal violinist Francisco Fullane and horn player Matthew Wilson – and two new artistic partners, British conductor, keyboardist and cellist Jonathan Cohen and Finnish violinist Pekka Kuusisto. Cohen will lead all four of the SPCO’s “Messiah” concerts this year, starting Thursday, Dec. 14, at the Basilica of St. Mary.

During the 2016-17 season, the SPCO premiered new work by Sally Beamish, George Tsontakis, Dai Fujikura, Marcos Balter and Pierre Jalbert. Its cutting-edge Liquid Music series premiered new work by Ambrose Akinmusire, Roomful of Teeth, Nick Zammuto and TV on the Radio’s Tunde Adebimpe. A commissioned collaboration by Berlin group s t a r g a z e and Minneapolis band Poliça will be released as an album in February 2018.

Opens today at the Film Society’s St. Anthony Main Theatre: “The Florida Project.” The New York Times has called it the best picture of 2017; critics are praising it as a career best for star Willem Dafoe. A Best Feature Film finalist at this year’s Twin Cities Film Fest, Sean Baker’s coming-of-age film, set in the shadows of Disney World, follows a precocious 6-year-old girl and her rebellious mother over the course of a single summer. FMI including trailer, times and tickets ($8.50/6/5; $5 Tuesdays). 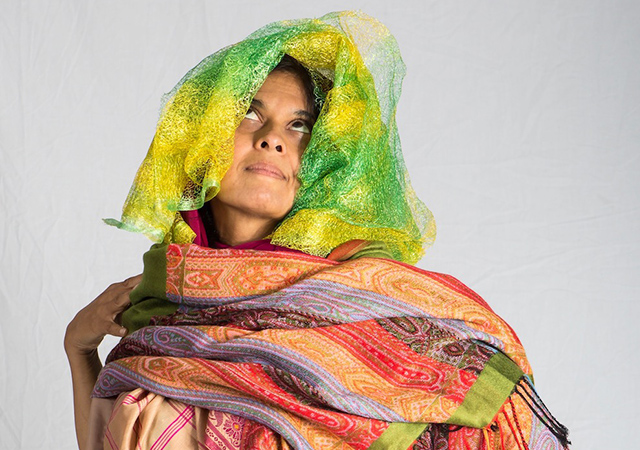 Photo by Galen Higgins
Aamera Siddiqui looks at why women wear what we wear and who makes the rules in “Cloth.”

Tonight (Friday, Dec. 8) through Sunday at the Southern: Exposed Brick Theater presents “Cloth.” When playwright and performer Aamera Siddiqui looks back on the major events in her life, she remembers what she was wearing: when she first came to the U.S., when she took her citizenship test, when she learned about the travel ban. In her new play – which follows “American as Curry Pie” at the History Theatre in 2011 and “Freedom Daze” at Intermedia Arts in 2015 – she looks at why women wear what we wear and who makes the rules. Devised through discussion groups, interviews and workshops, “Cloth” blends theater and performance art to explore women’s relationship to cloth, covering (How much is too much? How little too little?) and choice. The cast of seven includes Siddiqui; Suzy Messerole is the director. 7:30 p.m. Friday and Saturday, 2 p.m. Sunday. FMI and tickets  ($20/12; ARTshare members free).

Tonight at First Avenue: 38th Annual John Lennon Tribute. John Lennon was shot dead by Mark David Chapman on December 8, 1980. That December, and every December since, Curtiss A has played First Ave in his memory, “with a little help from his friends.” Doors at 7 p.m. 18+. FMI and tickets ($20).

Sunday and Monday in the Dunsmore Room at Crooners: Benny Green. One of our greatest living jazz piano players, possessed of tremendous knowledge about the history of jazz and magic in his fingers, Green played with Betty Carter’s band, Art Blakey’s Jazz Messengers, Oscar Peterson and Ray Brown. In Oct. 2016, Crooners brought him here to officially launch its new Steinway. Benny will be back for two nights of hard-swinging brilliance. 5 and 7:30 p.m. Sunday, 7 and 9 p.m. Monday. FMI and tickets ($25-30).

Tonight (Friday, Dec. 8) through Sunday at the Ames Center: Twin Cities Ballet of Minnesota presents “A Minnesota Nutcracker.” If you’re looking for a “Nutcracker” that feels like home, this is for you. It’s the holiday ballet you love, danced by a professional dance company, with Minnesota settings and Minnesota-centric backdrops including Rice Park, Summit Ave. and the banks of the Mississippi. FMI, times and tickets ($20-38).

Socks and underwear – or art? SooVAC’s Holiday Shop, which continues through Dec. 24 for those of you who wait until the last minute, features art and gifts from Minnesota artists and makers including painter Terrence Payne, potter Amanda Dobbratz, jeweler (and former newscaster) Robyne Robinson and dozens more. Gamut Gallery’s Raging Art On, this weekend only (ends Sunday, Dec. 10), is part art happening, part holiday party, part pop-up holiday boutique, with work by more than 50 local artists and live DJs on Friday and Saturday. At the Colin Powell Center, the 25th Annual Women’s Art Festival will include work by 130+ women artists, live music by women performers throughout the day, and a women-owned coffee shop. 9:30 a.m.-4:30 p.m. Saturday. And don’t forget the carefully curated and well-stocked shops at Mia, the Walker, the Weisman, Northern Clay Center, the American Swedish Institute, Open Book and the Textile Center, to name a few. 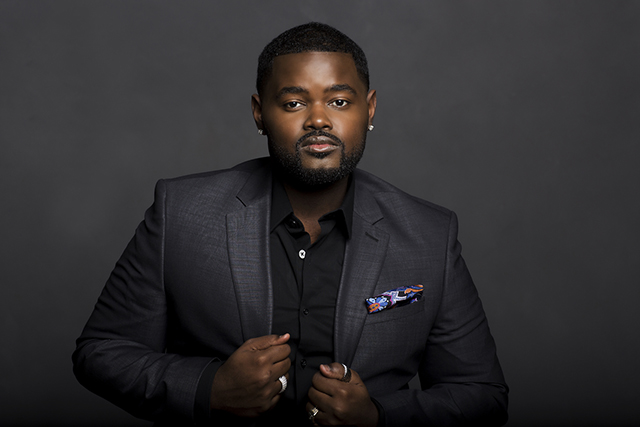 Photo by Fay Fox
American countertenor John Holiday will be one of the soloists in Handel’s “Messiah” with the SPCO.

Mentioned above, the SPCO’s popular annual performances of Handel’s “Messiah” start next week, with artistic partner and baroque music specialist Jeremy Cohen conducting. The vocal ensemble The Singers will make their SPCO debut, and the lineup of soloists includes American soprano Amanda Forsythe, Canadian-American tenor Isaiah Bell and South Africa-born, London-based baritone William Berger. If you’re wondering “Where’s the alto?” there isn’t one. The parts usually sung today by altos (or mezzos) will be performed by American countertenor John Holiday, in a return to Handel’s original intent and more of an early music sound. A countertenor is “a guy who sings high.” Holiday is a rising star; earlier this year, he won the prestigious Marian Anderson Opera Award, and he’s about to tour with Gustavo Dudamel and the L.A. Phil. But first, he’ll sing with our own SPCO. Thursday and Friday at the Basilica of Saint Mary, Saturday and Sunday at the Ordway Concert Hall. FMI, times and tickets. Best bet: Thursday. Friday-Sunday are waitlisted. Sunday’s concert will be broadcast live on MPR.