In May 2015, 180 black-and-white head shots of Lowertown artists appeared on walls around the St. Paul neighborhood. They were large (36″ x 53″), generally cheerful, and just there. None was identified by name and no captions explained them. For a time, smaller versions hung on a wall inside the Black Dog on Prince Street.

A film called “Faces Places,” which opens tomorrow (Friday, Jan. 5) at the Film Society’s St. Anthony Main Theatre, might remind you of those images in Lowertown. Good catch if they do. They have something in common: a French environmental artist who goes by the name JR.

The Lowertown project was inspired and funded by “Inside Out,” JR’s idea for a global, participatory “people’s art project” that won a $1 million TED prize in 2011. So far, more than 260,000 people in 129 countries have used their own images as public art to communicate what they care about: human rights, women’s rights, equity, justice, refugees, gender violence, diversity, identity– and the artists and culture-makers of Lowertown. The list goes on.

Continuing his own work as a street artist, JR has become an international star, a Banksy who conceals his identity but not his person.

In “Faces Places,” the new film by Agnès Varda –  a pioneer of the French New Wave filmmaking movement and its sole female director – Varda joins with JR in a different sort of project, but related. They travel to French villages (and the port of Le Havre) in one of Inside Out’s Photobooth trucks, taking pictures of residents and workers and pasting giant-sized prints on walls and buildings.

She’s 89; he’s 33. She has an unusual hairstyle, a bowl-cut pageboy that’s white on top, auburn at the edges and looks like a monk’s tonsure. He never takes off his dark glasses. She loves meeting people by chance; he prefers making a plan. He skips up the stairs of a tower; she pulls herself up slowly. She treasures home, and the feeling of home; he’s a wanderer. Her vision is deteriorating, and she’s very aware of her own mortality. “Every person I met feels like the last one,” she says. Together, in a tiny, remote and isolated cemetery, they stand before the grave of Henri Cartier-Bresson. At the Louvre, they playfully re-create a scene from a film by Jean-Luc Godard, part of Varda’s past who inhabits “Faces Places” like a ribbon running through it.

In a way, JR and Varda are Harold and Maude. Except “Faces Places” isn’t a dark rom-com. It’s a celebration, a revelation, and so sweetly uplifting, optimistic and light-filled you’ll dance your way out of the theater.

Photos of old miners are pasted on a row of former miners’ homes slated for demolition. A solitary farmer’s image graces his barn. Workers in a factory making hydrochloric acid – a perilous occupation – are photographed reaching toward each other in friendship and equality. An abandoned ghost town blooms with faces. Wives of dock workers at Le Havre appear in epic size on a massive stack of shipping containers. Children admire the image of their young, barefoot mother on a stone wall in their village, take a selfie, then stand before the wall and pretend to tickle her big foot. (“Selfie,” btw, is the same in French as it is in English.)

Everything is temporary, doomed to fade, disappear. A photograph taken years ago by Varda of a young man long dead is enlarged and pasted onto a former German bunker on a beach. By the next morning, it has vanished, washed away by the tide.

So what’s the point? “The point is the power of imagination,” Varda explains when someone asks. “We’ve given ourselves the freedom, JR and I, to imagine things and ask people if we can express our imaginations on their turf. … We enjoy it, and we hope you do, too.”

We enjoyed it so much we suspect this exquisitely beautiful, warmly human and joyously life-affirming film will stay with us, permanently among the shifting Top 10 list of our all-time favorites.

“Faces Places” (the French title is “Visages, Villages”) won the top documentary prize at Cannes in 2017 and was chosen as Best Documentary by the New York Film Critics Circle, San Francisco Film Critics Circle and Los Angeles Film Critics Association. It’s showing in French, with subtitles. Go if you can; bring the kids. Bring anyone who can read or knows French. FMI including trailer, times and tickets. 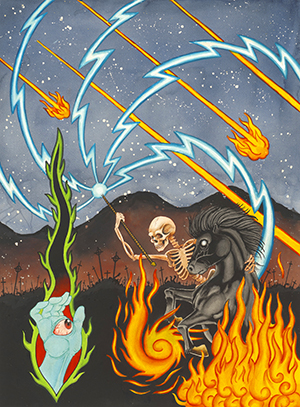 Tonight (Thursday, Jan. 4) at Gamut Gallery: Opening night for “Spit Shade.” This show of original artwork by dozens of local and national tattoo artists is also the official opener for the 2018 Minneapolis Tattoo Arts Convention at the Hyatt Regency. Curated by Lindsee Boyer of Bee Ink and Nate Vincent Szlarski of Saint Sabrina’s. Music by DJ No Pants. 7-11 p.m. $5 at the door. Exhibit closes with another party on Saturday, Jan. 20, 5-8 p.m. Free. FMI.

Friday and Saturday at Orchestra Hall: Tchaikovsky Marathon. Last year around this time, the Minnesota Orchestra was in Florida. The year before, in 2016, they were knee-deep in a Beethoven Marathon, which some people thought was a crazy idea but turned out great, bringing glorious music to January. The marathon is back, only now it’s Tchaikovsky’s turn. Continuing a series of concerts begun on New Year’s Eve, the orchestra under Vänskä’s baton is playing a total of six symphonies, four concertos and assorted other pieces – eight nights of all-Tchaikovsky. Friday’s program includes Symphony No. 4, Piano Concerto No. 2, with the brilliant young Kyle Orth on piano, and “Capriccio Italien.” Saturday features symphonies 2 and 5 and “Variations on a Rococo Theme,” featuring principal cellist Tony Ross. (The latter program repeats next Friday, Jan. 12.) 8 p.m. FMI and tickets ($12-96).

Friday through Sunday at the Ordway Concert Hall: Jeremy Denk Plays Mozart’s Piano Concertos 20 and 25. What could be better than MacArthur fellow Denk playing Mozart with the SPCO? We honestly don’t know, except we hope to hear him play Bach’s “Goldberg” variations someday before we die. Directing from the piano, the SPCO’s artistic partner will perform two Mozart masterpieces. 8 p.m. Friday and Saturday, 2 p.m. Sunday. FMI and tickets ($12-50; kids and students free).

Saturday at SooVAC: Art Shanty Projects 2018 On-Ice Program Kick-off Event. In case you haven’t heard, Art Shanty’s On-Ice Program is moving to Lake Harriet, just in time for the Super Bowl. This one-night exhibition aims to celebrate past seasons, get us pumped about this year and raise some cash in a silent auction. Shanty artists will be on hand, bingo will be played, appetizers will be available. 7-10 p.m. Free. 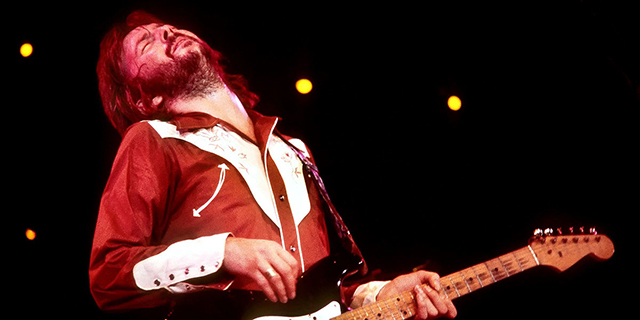 Courtesy of Sound Unseen
A scene from “Eric Clapton: Life in 12 Bars.”

Wednesday (Jan. 10) at the Trylon: “Eric Clapton: Life in 12 Bars.” Lili Fini Zanuck’s documentary spans the life (so far) of the man who shares the title of World’s Greatest Guitarist Ever with Jimi Hendrix. Zanuck traces his career from the Yardbirds through his solo years, tells the stories behind hits like “Layla” and “Tears in Heaven,” draws from an archive of performances and home movies and includes many illuminating interviews. The Minnesota premiere will be especially enjoyable to see at the revamped, bigger but still cozy Trylon. Here’s the trailer. 7 p.m. Presented by Sound Unseen. FMI and tickets ($12 advance, $15 door).