On a cold winter’s night, as we had this weekend, one of the warmest, most welcoming places to escape to in the Twin Cities is the Jungle Theater. The cozy lobby and the intimate 150-seat room take the chill off, and the plays take you somewhere else. Like a 19th-century classroom, an inn in New Bedford and a whaling ship at sea.

Now at the Jungle, “Ishmael,” Leo Geter’s adaptation of Herman Melville’s novel “Moby Dick” is a night of magic in January, when the Jungle has traditionally been dark. What began as “The White Whale,” a 2015 Fringe favorite, has been expanded from an hour to 90 minutes. Jack Weston returns to play all 12 characters. Kevin Kniebel and Nate Sipe of the bluegrass group Pert Near Sandstone, along with Jim Parker, provide live music and the occasional extra bodies needed to set a scene. (And Parker shows off his clogging skills.)

At 206,000 words – a bit longer than “Harry Potter and the Deathly Hallows,” less than half the size of “War and Peace” – “Moby Dick” is a beast to squeeze into a 90-minute script and still leave room for songs. Geter sticks to the arc of Ishmael’s tale. He’s a man who craves adventure, who sometimes just needs to get away. The sea, he says, is “my substitute for pistol and ball.” Signing on as a sailor for the whaling ship Pequod, he enters the dark world of its captain, Ahab, and his obsessive pursuit of the white whale that bit off his leg.

Weston commands the stage, always in motion, shifting from character to character as the story unfolds. His is a fierce and demanding performance. Songs stitch the play together, cresting in a whaling shanty set to the tune of Martin Luther’s “A Mighty Fortress Is Our God.” Sarah Bahr’s scenic design is simple and effective: dark wood, ropes, a few benches, a length of white fabric. Sean Healey’s brilliant sound design creates a sense of vastness and pulls us close to the drip of water in a bucket.

“Ishmael” is a lot of words in 90 minutes. At times, Geter’s play verges on monologue. It counts on your willingness to use your imagination, to participate and not just passively absorb. It’s worth it. And if you’ve been meaning to read the book but haven’t gotten around to it, “Ishmael” will either inspire you to pick it up or absolve you of the responsibility.

The Children’s Theatre Company announced late last week that its 2017-18 revival of “Dr. Seuss’s How the Grinch Stole Christmas” is the highest-grossing show in its 52-year history – and will return as the holiday show for 2018-19. If you missed it this time or couldn’t get in (it closed Jan. 7), you’ll have another chance sooner than usual. It’s rare for CTC to mount a show in two consecutive years.

Starring Reed Sigmund in the title role (he’ll be back, too, for the fourth time), “Grinch” played to 99.8 percent capacity for 87 performances in the 747-seat theater. More than 64,000 people saw it. That’s enough to make most other theaters green with envy.

Tickets go on sale in summer 2018, subscriptions in February, when the complete 2018-19 season is announced.

Up next at CTC: the eagerly anticipated, splendidly cast “The Wiz,” a joint production with Penumbra Theatre and directed by Lou Bellamy. It looks like 2018 will be a very good year for the Children’s Theatre.

CraftBOWL to open at the American Swedish Institute

ASI’s focus for 2018 is on “The Handmade,” and it’s taking a broad, inclusive look at what this means: old world and new, traditional and contemporary, local and global, for identity, heritage and sustainability. Everything starts Friday with the launch of a three-month exhibition called CraftBOWL that features work by three internationally acclaimed craft artists from Sweden: Jögge Sundqvist (wood), Swedish National Living Treasure Ingegard Råman (ceramics) and Bertil Vallien (glass). 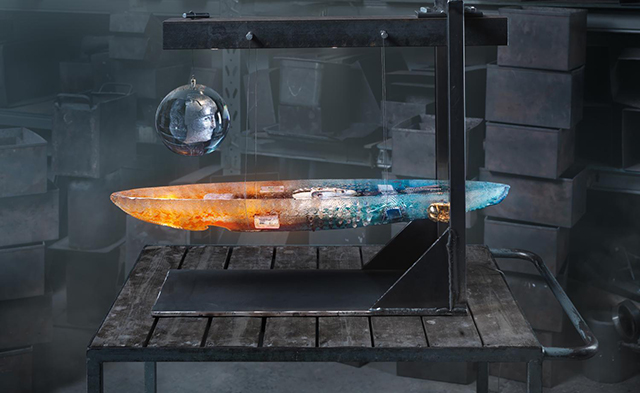 Courtesy of Schantz Gallery and the American Swedish Institute
A piece by Bertil Vallien from “Rites of Passage,” an installation of 40 works.

“BOWL” is a nod to the you-know-what, but this is also a show with lots of bowls, and in large part about bowls. An opening night party on Friday (Jan. 19) will feature a performance by Sundqvist; a gallery stroll with Maja Heuer, director of Sweden’s Glass Factory (and curator of the Vallien installation); music by Chris Koza; a chance to make a bowl with Northern Clay Center; insight into glass bowls from Trish Gardiner of FOCI Center for Glass Arts; a pop-up library from the American Craft Council and more. Doors at 6:30 p.m., event from 7-10. FMI and registration ($20; $15 ASI members).

CraftBOWL, which will close April 8, is a sprawling, multipart exhibition that also includes “101 Bowls,” with work by more than 101 different artists and organizations, and “Bowls for Open Arms,” a benefit for Open Arms of Minnesota. FMI. At least seven CraftBOWL-related events are scheduled for January, including exhibition tours; the screening of a film about Sundqvist’s father, Wille, a Swedish National Treasure; a master class and two workshops. See the January calendar.

Tonight (Tuesday, Jan. 16) at the University Club of St. Paul: Carol Connolly’s Reading by Writers. Seasoned and newer writers meet in this monthly event hosted by St. Paul’s poet laureate. January features Wendy Brown-Baez, writer of poetry, prose and fiction; Ted King, a poet, gardener and raconteur; Steve Mueske, a poet and an electronic musician; poet and singer Rebecca Paradis; and poet and editor Thomas Redshaw. 7:30 p.m. Free and open to the public; a hat will be passed for the Saint Paul Almanac.

Thursday at the U’s Ted Mann Concert Hall: 37th Annual Martin Luther King Jr. Tribute Concert. With Jovanta Patton, Ashley DuBose, Chadwick Niles Phillips, Delphin Starr, Meah Ismael (The Spoken Poet) and Daonna Lewis, and a prelude performance by the U of M Jazz Combo. This decades-long tradition of honoring Dr. King was begun by U of M music professor Dr. Reginald Buckner, and the concert honors him as well. 7 p.m. FMI. Free and open to the public. No tickets or reservations required.

Thursday at the Fitzgerald Theater: National Geographic Live: Nature Roars Back with Bob Poole. Mozambique’s Gorongosa National Park was almost destroyed by civil war. Emmy Award-winning natural history cinematographer Poole is documenting its rebirth – one of the biggest conservation projects on the planet – for a new six-part PBS/Nat Geo series. Pool will share stories and images of Gorongosa’s animals and speak on how the wild places we’ve broken can be put back together. Doors at 6, event at 7. FMI and tickets ($15-55).

Friday and Sunday at the Ordway Concert Hall: One Voice Mixed Chorus: “Sanctuary: Exploring the Music of Minnesota’s Immigrant Communities.” Singing in many languages, Minnesota’s LGBTA chorus celebrates all kinds of “others” who have called Minnesota home: early Scandinavian and European immigrants; African Americans arriving through the Underground Railroad; our Hmong, Mexican and Somali communities; LGBT people struggling to find a place where they belong. The concert is a collaboration with Green Card Voices, whose photos and stories will be displayed in the Ordway lobby. 7:30 p.m. Friday, 3:30 p.m. Sunday. FMI and tickets ($30-50); 651-224-4222. 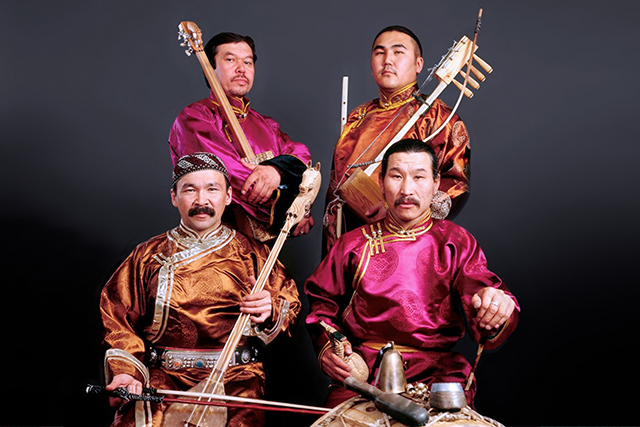 Saturday at the Dakota: Huun Huur Tu. The Tuvan throat singers from Siberia have performed several times in the Twin Cities and made a lot of fans here. We went to see them at the Cedar one winter and nearly froze to death while paying for parking in a lot down the street. To them, our weather was a walk in the park. If you’ve never heard them sing – each voice creating chords and overtones, low drones and whistles – you won’t believe your ears. If you have, you know how amazing they are, and how smartly they have modernized their music, blending Tuvan traditions with sounds of the 20th and 21st centuries. 7 p.m. FMI and tickets ($30-40); 612-332-5299.

Jungle’s ‘Ishmael’ is a night of magic; CraftBOWL to open at ASI