The acclaimed and exciting young Russian-German pianist Igor Levit made his Schubert Club debut in February 2016. Last week, he won the Gilmore Artist Award, a $300,000 prize given every four years for extraordinary piano artistry.

Barry Kempton, the Schubert Club’s artistic and executive director, was a member of the five-person Gilmore selection committee for the past two years, something he had to keep under wraps as he traveled the U.S. and Europe to hear pianists perform. On Monday on his Schubert Club Insider blog, Kempton shared the news of his involvement with the Gilmore – and leaked the news that Levit will be part of the Schubert Club’s 2018-19 International Artist Series, returning in October 2018.

Los Angeles Times music critic Mark Swed heard a recital Levit gave in Costa Mesa a few days after the award was announced. “It was stupendous,” Swed wrote. “From the very first note, he so radically changed the atmospheric pressure in the hall, it was as if he had packed a keyboard bomb cyclone in his suitcase.”

The 30-year-old Levit is known for his politics as well as his artistry. He told the New York Times, “The idea that art is an excuse for not engaging is utterly ridiculous.”

We won’t learn the rest of the International Artist Series lineup until February, but we can mark our calendars for Oct. 30, when Levit will open the series with a solo recital of music by Bach, Busoni, Schumann, Wagner and Liszt in the Ordway Music Theater.

Announced Friday, its 2018 season begins March 14-25 with “The Great Divide II: Plays on the Politics of Truth.” Following 2017’s “The Great Divide: Plays for a Broken Nation,” five new 10-minute plays by Christina Ham, Jessica Huang, Tim J. Lord, Stacey Rose and Andrew Rosendorf will explore the difference between fact and truth, if that matters, what happens when beliefs become facts and whether truth is a political concept.

From May 23-June 10, Sharon Bridgforth’s “Dat Black Mermaid Man Lady/The Show” will celebrate multiple ways of embodying gender. In what’s being called a “performance processional,” all present, including the audience, will be responsible for the journey. Performers will sing, move, tell stories, and call the audience to process, chant, holler back, and build altars.

The final play in the season, Christina Ham’s “West of Central,” set for Sept. 14-Oct. 14, takes place in 1966, a year after the Watts Riots, as L.A. private eye Thelma Higgins discovers that her husband is not the man he claims to be. Ham’s play explores racial tensions and political treachery.

Tonight (Wednesday, Jan. 10) at Jazz Central Studios: Framework 20 Year Anniversary Kick Off. It’s rare and kind of wonderful when a band stays together and plays together for 20 years. Chris Olson (guitar), Jay Epstein (drums) and Chris Bates (bass) specialize in what they call “interactive, explosive and melancholy conversations that express their musical companionship,” whether they’re playing originals or standards from the canon. 8:30-10:30 p.m. $10 at the door, $5 with student ID. 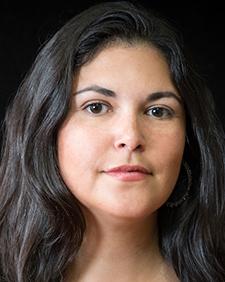 Starts Friday at the Ritz Theater: Black Label Movement: “BLM 11: Teamwork.” Athletic, courageous, full of surprises, the dance company founded by former soccer player and current U of M dance professor Carl Flink is always worth going out to see. Starting its second decade, Flink and his movers have relocated from the Cowles to the Ritz, former home of Ballet of the Dolls, now owned and operated by Theater Latté Da, for a luxuriously long (for dance) two-week season. The focus is on BLM’s collaborations with composers, choreographers, visual artists, a photographer and a biomedical engineer. The repertoire will include “HIT” (2011), “MERGE” (2016) and two premieres, and the lobby of the Ritz will be a gallery showing art from past and present collaborations. FMI including times and tickets ($20/10). 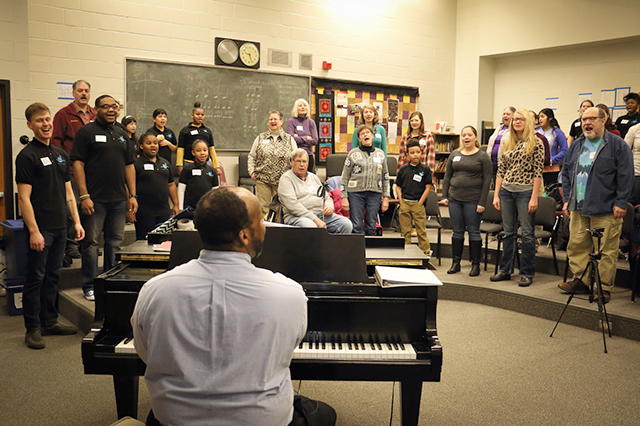 Photo by Novelli Jurado
An image from the 2017 VocalEssence “Together We Sing” Festival.

Saturday at Creative Arts Secondary School in St. Paul: VocalEssence “Together We Sing” Festival. A free, day-long celebration of song and service for kids, teens and adults – no experience required. Explore the connection between music and dance in training sessions led by ComMUSICation, which teaches lifeskills through music; Therees Hibbbard, director of the St. Olaf Chamber Singers; One Voice Mixed Chorus, the LGBT and straight allies community choral group; the VocalEssence Youth Choir; and the Mexican folkloric dance troupe Los Alegres Bailadores. The theme is “Sing with Our Whole Selves,” so you’ll be doing some of that – and learning how to help young people with chronic physical challenges. 9:30 a.m.-3:45 p.m. Come for the whole day or just one session. Tickets are free but registration is requested.

Sunday at the Baroque Room: Russia Cast Adrift. It was a sad day for many music lovers when the great Russian baritone Dmitri Hvorostovsky died on Nov. 22. Just 55, he had been battling brain cancer for two years. Hvorostovsky’s last performance here — with the Schubert Club’s International Artist Series — was on May 19, 2014, and those of us lucky enough to see it will never forget his magnificent voice, his passion, his charismatic stage presence and his mane of white hair. Baritone Will Liverman and pianist Jonathan King will perform a recital in Hvorostovsky’s honor, with music by Schubert, Poulenc, Frederick Keel, and Georgi Sviridov’s song cycle “Russia Cast Adrift.” Liverman credits Hvorostovsky with getting him hooked on opera. 3 p.m. $10 suggested donation at the door.