After 43 years with Park Square Theatre, 38 of those as artistic director, Richard Cook will retire on Sept. 1 – the day he turns 70.

During his tenure, Cook has conceived, designed, and often helped build five theater spaces in St. Paul. At the Historic Hamm Building, where the theater moved and finally settled in 1991, Park Square has two spaces, the 350-seat Proscenium Stage and the 200-seat Andy Boss Thrust Stage that opened downstairs in 2014. Annual audiences have grown from 5,000 to 82,000. Park Square has one of the nation’s largest teen theater audiences. In 2016, more than 33,000 students attended weekday matinee performances there. Students were the first audiences for the Boss stage.

Long before diversity, equity and inclusion became goals to strive for, Cook was focusing on all three at Park Square. After meeting with a group of African-American theater artists in 1981, Cook produced a “Waiting for Godot” set in South Africa, an idea pitched by Marion McClinton that became his professional directing debut. This led to Park Square’s 1983 production of Athol Fugard’s “Boesman and Lena,” one of James A. Williams’ first directing jobs. Pillsbury House Theatre’s co-artistic director, Faye Price, made her acting debut in that play. Price returned in 2016 to direct “Nina Simone: Four Women,” written by black playwright Christina Ham with an all-black cast led by Regina Marie Williams, who first brought the idea to Cook. Later that year, Park Square partnered with Mu Performing Arts on a re-imagined “Flower Drum Song.”

So far this season, black actor Kory LaQuess Pullam has played the lead in “Hamlet.” In that Park Square production, Polonius was Polonia, Horatio was a woman and Laertes was Asian-American. Colman Domingo’s “Dot” was Park Square’s holiday play. South Korean playwright Hansol Jung’s “Cardboard Piano,” the current production, is set in northern Uganda. Lorraine Hansberry’s “A Raisin in the Sun” returns in February. The Andy Boss stage has been open to new voices from the start, a main reason Cook built it. Its first production was Sandra Cisneros’ “The House on Mango Street,” directed by Pangea World Theater’s Dipankar Mukherjee. Collaborations with New Native Theatre and Urban Spectrum are under way.

Cook has been with Park Square almost since its beginning. The theater was founded by Paul Mathey in 1972 in the Park Square Court building in Lowertown. Cook came on in 1975 as the designer for Shakespeare’s “Much Ado About Nothing,” stuck around to shadow Mathey as assistant artistic director and took over when Mathey retired in 1980. Cook’s husband, Steven Kent Lockwood, who tapped Cook for the “Much Ado” job, spent 32 years as Park Square’s first executive director and retired in 2012.

In a 2015 interview, Cook told MinnPost, “My mantra, my internal mantra, has been that when I retire in a few years from the theater, I want to make sure that Park Square is so embraced by the community that it will always be protected. That it has no co-dependency on any individual. That it is about our town, our city, our artists and audiences, and that it is well recognized for that. For that to be true, we have to earn it, and for us to earn it, we have to be firmly planted in our current century.” And in January 2017, “My ambition when I retire is to leave the theater in the 21st century, not my century.”

Park Square’s 2018-19 season will be the last Cook will plan as artistic director. Robin Gillette has been hired to conduct a national search, which starts in February. Plans are to announce the new AD in early June. Cook’s legacy will be honored at a March 5 Season Preview event, and an exhibit of Park Square’s history will open in September in the Landmark Center.

Tonight (Wednesday, Jan. 24) at the Loft: Big Ideas: “Race & Reality in the Cool Blue North.” How nice is Minnesota? It depends. In conversation at the Loft, David Mura, Venessa Fuentes and David Grant will explore when “you’re welcome here” really means you are not. Mura is a poet, creative nonfiction writer, critic, playwright and performance artist; Fuentes writes poems and essays; Grant is a playwright and screenwriter. 7 p.m. FMI and tickets ($15/10). Pay-what-you-wish at the door, if available.

Starts Thursday at Penumbra: Roger Guenveur Smith: “Frederick Douglass NOW.” Smith’s one-man show “Rodney King” was one of the 25 best things we saw in 2015. The Obie Award-winning actor, writer, director and Spike Lee film veteran (“School Daze,” “Do the Right Thing”) explores the life of the great abolitionist with his signature mix of original text, slam poetry, contemporary performance elements and musical styles, bringing Douglass’ words into the 21st century. The L.A. Times called it “a striking statement about where America has come and still has to go in terms of race” and “a personal benchmark for this remarkable artist.” 7:30 p.m. FMI and tickets ($25/22/15). Through Sunday, Jan. 28. 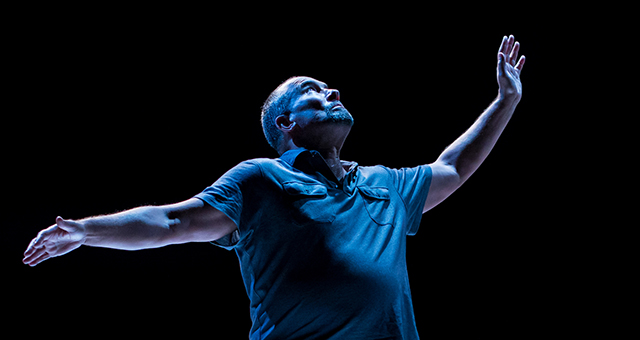 Friday at Crooners: Jeremy Siskind. Since opening the intimate Dunsmore Room with its wall of windows facing Moore Lake, Crooners has hosted a stellar parade of out-of-town pianists. Word is getting out about the attentive audiences and the Steinway. Those who have come to play include Benny Green, David Hazeltine, Jon Weber, Ethan Iverson, Geoffrey Keezer, Bill Carrothers and Bobby Lyle. Siskind, a very fine pianist, composer, and educator now based in California, is probably best known here for his dates with vocalist and Clara City native Nancy Harms. He has a beautiful touch and the soul of a poet; his playing is nuanced, expressive and imaginative. He’ll be joined by the Bates brothers, Chris on bass and JT on drums. Doors at 8 p.m., show at 9. FMI and tickets ($15). 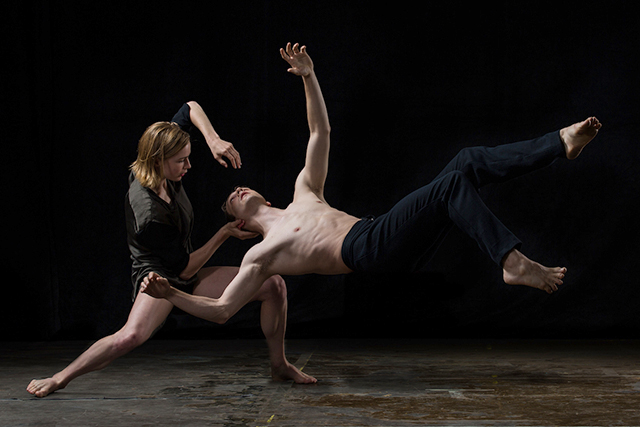 Saturday at Northrop: Hubbard Street Dance Chicago. When Northrop first announced this event, it included a work by Twyla Tharp. In December, that was replaced by Crystal Pite’s “A Picture of You Falling.” We were introduced to Pite’s choreography last March in “Betroffenheit,” also at the Northrop; it was one of the 25 best things we saw and heard all year. Celebrating the company’s 40th anniversary in contemporary dance, Saturday’s program also features works by William Forsythe, Nacho Duato, and Hubbard Street’s founding artistic director Lou Conte (“The 40s,” “Georgia”). 7:30 p.m. FMI and tickets ($42-62; other prices available). Free performance preview at 6:15 in the Best Buy Theater.

Saturday at the Weisman: “Vanishing Ice” Preview Party. See the Weisman’s new exhibit, “Vanishing Ice: Alpine and Polar Landscapes in Art,” before it opens. Forty-seven artworks created between 1860 and 2017, organized around three geographical regions (Alpine, Arctic, and Antarctic), explore the cultural legacy of ice and the environmental and civil rights issues now at stake. The show includes new works commissioned by the Weisman that connect to Minnesota’s own icy climate; “Melting Ice” by Jyoti Duwadi will be just outside WAM’s doors. The preview party includes a screening of “Chasing Ice,” a documentary on global climate, and a chance to experience how explorers cross the Arctic with U of M professor Aaron Doering, who actually did it. 7-10 p.m. Free, but register here.