The first SongSlam took place last April in New York City, presented by Sparks and Wiry Cries. Mark Bilyeu, artistic director of the Source Song Festival in Minneapolis, heard about it and decided we should have one here, too. Why not in January?

Hosted by songwriter/musician Chris Koza, set for Thursday at Icehouse, this sounds like so much fun. Eleven composer/performer teams will each have five minutes max to present an original art song on voice and piano. If you go, listen closely, because the audience will vote on their favorites and the winners will share up to $1,000 in prize money.

Some of the talent is local; some is not. Composers include Jake Endres, William Kenlon, Benjamin Emory Larson, Jason Mulligan, Daniel Reza Sabzghabaei, Timothy C. Takach and Joshua Weinberg.

What’s an art song, anyway? As old as the Middle Ages, as new as tomorrow. Not a folk song or a pop song, but a classical song. Short, for solo voice (usually formally trained) and a really good pianist. A combination of music and literature. A poem set to music. A song that tells a story, paints a picture, creates a mood. What should you listen for/watch for? The music, duh. Good diction. A true partnership/interplay between singer and pianist. The communication of real emotion. Dynamics that emphasize important moments. Are you moved? Surprised? Excited? Crying like a baby?

Endres will start things off with a song called “Bitter Cold,” from a poem by Athena Kildegaard. He’ll sing and Ann DuHamel will play piano. “Bitter cold/frost scree on the windows/sun searing its mark/on the landscape.” The program also includes a poem by Baudelaire (in French; translation provided), one by e.e. cummings and one by Aldous Huxley. Think of it as a poetry slam, with music. FMI and tickets ($10). 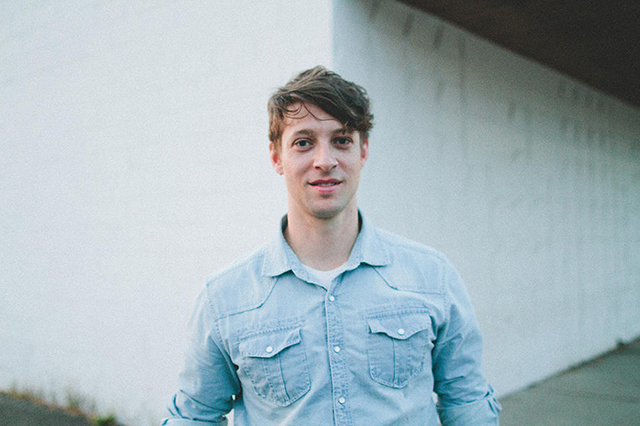 Two familiar names return to DownBeat’s list: Lowell Pickett’s Dakota, no longer a jazz-only club (for many years) but still one of the most beautiful rooms anywhere, and Jazz Central Studios, the classic basement hang run by Mac Santiago where jazz is heard six nights a week.

One week remains of the Minnesota Orchestra’s January Tchaikovsky Marathon, and it’s jam-packed with musical goodness spread among five concerts, including a late-night event in the glassed-in Atrium and a casual Sunday afternoon with a happy hour.

Arrive early or stick around to see the display of Russian Matryoshka dolls in the lobby, curated by Masha Zavialova of the Museum of Russian Art.

On Thursday (Jan. 11), the 11 a.m. coffee concert (with free preconcert coffee and doughnuts from A Baker’s Wife) includes the “Polish” Symphony (No. 3), Piano Concerto No. 3 with pianist Adam Nieman, and a “Swan Lake” Suite compiled by Osmo Vänskä from the original four-hour ballet (thank you for that, maestro). Friday repeats the program we saw Saturday night: Symphony No. 2; Variations on a Rococo Theme, featuring principal cellist Anthony Ross; and Symphony No. 5. On Saturday, Ross’ performance was drop-dead gorgeous and the Fifth was beyond sublime (those horns!). If the horn solo at the top of the second movement rings a bell, it’s because John Denver cribbed the first six notes for “Annie’s Song,” one of his biggest hits. After more than two weeks of winter at its Arctic worst, it was good to sit in the warmth of a rapt Orchestra Hall crowd, sharing the magnificent music that poured off the stage.

Saturday brings the “Pathétique” (Symphony No. 6), the Violin Concerto and Marche Slave, with violinist James Ehnes. Later that night, a NightCap in the Atrium: just the Piano Trio; just Peter McGuire on violin, Ross on cello and Timothy Lovelace on piano. The marathon crosses the finish line Sunday with an afternoon Casual Concert: a reprise of Saturday night, with local craft brews in the lobby and a chance to meet the musicians onstage after the music. FMI and tickets (start at $12).

Starts tonight (Tuesday, Jan. 9) at the Walker: 2018 Film Independent Spirit Awards. If you’re a member of the Walker, Film Independent and/or Film North (formerly known as IFP Minnesota), here’s your chance to see some of the year’s best indie films for free, including “Lady Bird,” “Get Out,” “Last Men in Aleppo,” “Faces Places,” “Columbus” and “Call Me By Your Name.” Films show at 6 and 8 p.m. Tuesdays and Wednesdays through Feb. 14. Tickets are first come, first served; pick them up starting at 5 p.m. each event night. FMI including schedule. 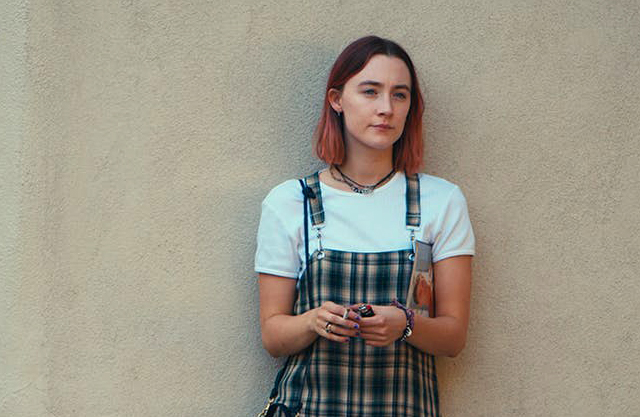 A24
Saoirse Ronan in a scene from “Lady Bird.”

Tonight at Crooners: Maud Hixson: “She Said/She Said: Classic Female Songwriters of the Flapper, Swing, and Bebop Eras.” A scholar of song, Hixson presents works by Kay Swift (the first woman composer of an entire Broadway score), longtime lyricist and librettist Dorothy Fields and more. She’s calling this program “the distaff side of the Great American Songbook.” With Rick Carlson at the Steinway. 7:30 p.m. FMI and tickets ($15).

Wednesday at Mitchell Hamline School of Law: “Justice, Redemption, and Empathy: The Opera of Dead Man Walking.” Based on the book by Sister Helen Prejean (and the Oscar-winning movie by Tim Robbins), Jake Heggie’s “Dead Man Walking” is the world’s most popular American opera. Ahead of Minnesota Opera’s production, which opens Jan. 27, the law school, the opera and MinnPost will present a discussion about the opera’s themes. MinnPost managing editor Susan Albright will moderate a panel that includes Bradford Colbert and Kate Kruse of the law school, Stevenson Morgan of Ujamaa Place and Deborah Jiang-Stein of the unPrison Project. In the Mitchell Hamline Auditorium. 7 p.m. Free, but registration is required.

Also ahead of the opera, in two weeks: Wednesday and Thursday, Jan. 24 and 25, at the Trylon: “Dead Man Walking.” Four screenings of the film starring Susan Sarandon and Sean Penn. 7 and 9:30 p.m. both nights. FMI and tickets ($8).

Starts Thursday at the History Theatre: Raw Stages New Works Festival. Four staged readings of new scripts under development by Minnesotans. Thursday at 7:30 p.m.: “Starved” by Richard Chin, about conscientious objectors during WWII who volunteered for a controversial U of M experiment. Friday at 7:30 p.m.: “The Spy Musical” by Laurie Flanigan Hegge, with music by Robert Elhai. The tale of Betty Pack, a Minnesota-born socialite turned secret agent, also set in WWII. Saturday at 2 p.m.: “Not for Sale” by Kim Hines and Barbara Teed,” in which a Minnesota realtor in the 1960s tries to sell houses to minority families in all-white neighborhoods. Sunday at 2 p.m.: “Sisters of Peace” by Doris Baizley, about four Catholic nuns who happen to be real-life sisters, standing against injustice. FMI and tickets ($15 each, $30 all four).

Saturday at Steppingstone Theatre: Theatre Unbound: Xtreme Theatre Smackdown. Six new plays created in 24 hours by women theater artists based in the Twin Cities. This year’s plays will incorporate ingredients contributed by Michelle Hensley (Ten Thousand Things), Wendy Knox (Frank Theatre), Kate Powers (The Redeeming Time Project) and others. Vote now for other ingredients you want to see in the plays – like maniacal laughter, a Magic 8 Ball or a dog collar. 8 p.m. FMI and tickets ($18-22).

SongSlam comes to Minnesota; indie films at the Walker