Thanks to Minnesota legislators, voters and taxpayers, and to the Minnesota State Arts Board, stewarded by Sue Gens, Jim Denomie will create a series of paintings in response to Standing Rock and other contemporary events. Annika Kaplan will craft jewelry with stones collected from around the state. Matt Krousey will make several large-scale ceramic works drawing awareness to Minnesota’s native habitats. Rod Massey will paint a series of industrial scenes along the Hiawatha Avenue corridor.

Sam Hoolihan will make a cinematic portrait of Cedar Lake Park and the Kenilworth Trail. Nancy Rosenbaum will produce an audio documentary about the July 1967 uprisings in north Minneapolis. Paul Shambroom will complete his photography project “Past Time,” which contrasts notions of the “good old days” with contemporary America.

Ananya Dance Theatre and vocalist/songwriter Liz Lassiter will transform women’s blues into a range of colors. Deneane Richburg’s Brownbody and Thomasina Petrus will tell the story of a black child’s experience in the mostly white world of competitive figure skating. Peter Morales and Franconia Sculpture Park will create a sculpture with Minneapolis youth.

The Amherst H. Wilder Foundation and 15 artistic collaborators will expose hundreds of low-income children, families and elders to dance, theater arts and music. The Autism Society of Minnesota will work with Stages Theatre Company on an arts education program for youth with autism. HOPE Coalition and Stevie Ray’s Improv Co. will offer workshops to victims of domestic violence, sexual assault, child abuse and homelessness to boost their well-being and communication skills.

Those are just some of the artists and organizations who will share nearly $1.6 million awarded by MSAB in the final round of its FY2018 grants cycle. Add that to the awards approved earlier this year and the total comes to just under $23 million. See the whole year here.

Soon colleges across the country will know what we know in the Twin Cities, especially if we hang out at the Bryant-Lake Bowl: That learning about policy and politics can be fun, even funny. Starting Monday (Jan. 15) at Gustavus Adolphus, The Theater of Public Policy will travel across Minnesota, then move on to Missouri, Kansas, New York, maybe Texas and/or the Pacific Northwest.

With a grant of nearly $100,000 from the nonpartisan Charles Koch Institute, working in partnership with the national collegiate speech and debate association Pi Kappa Delta, T2P2 will use its signature combination of on-stage interviews with experts, comedy improv and live music to explore police accountability, sexual harassment culture and other pressing matters of our time. Themes and topics will be chosen by the colleges and universities. 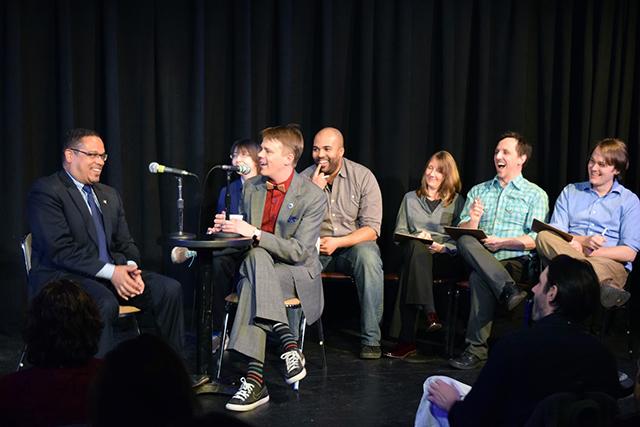 The Gustavus Adolphus kick-off is the right thing to do. T2P2 co-founders Tane Danger and Brandon Boat are Gustavus alums. If you’re in or around St. Peter on Monday, stop by Alumni Hall for a free show starting at 7 p.m. “#MeToo and Beyond” will look at how policy and politics are changing in the #MeToo era and where things go post-Sen. Al Franken.

T2P2’s spring hometown season starts April 2 at the Bryant-Lake Bowl Theater. We’ll probably tell you more about that as the time nears. We like how T2P2 turns wonky stuff into enjoyable evenings that leave you with lots to think about. 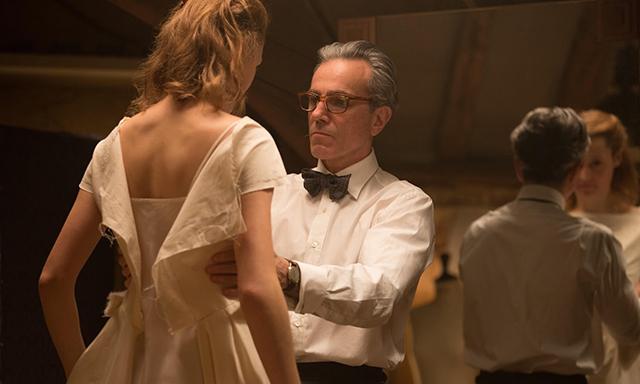 Opens today (Friday, Jan. 12) at the Uptown: “Phantom Thread.” This is supposedly, reportedly the very great actor Daniel Day-Lewis’ final film. He said so himself in a statement released last June. That would be reason enough to see “Phantom Thread,” and rave reviews ice the cake. The three-time Best Actor Oscar winner stars as a controlling couturier to the rich and famous in 1950s London who meets his match in a waitress he meets at a country inn (Vicky Krieps). Almost everyone describes this film as “creepy.” The clothes are fantastic. Directed by Paul Thomas Anderson (“There Will Be Blood,” “Boogie Nights”). FMI including trailer, times and tickets. 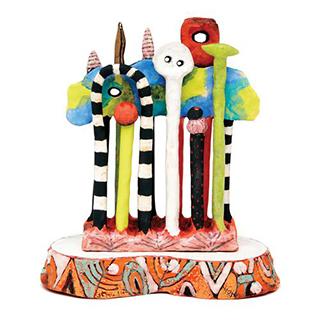 Opens Saturday at the Como Park Conservatory: Super Bold Winter Flower Show. Azaleas, pansies, cyclamen and cineraria in game-friendly purples, silvers and whites. They could be puce, orange and fuchsia for all we care – they’re flowers in bloom, and so far this winter has been too much of an Arctic blast. 10 a.m.-4 p.m. Free. Ends Sunday, March 11.

Tuesday at Common Good Books: David Housewright Presents “Darkness, Sing Me a Song.” The St. Paul-based author and two-time winner of the Minnesota Book Award adds to his Edgar Award-winning Holland Taylor series with a case of murder in an extremely wealthy family. 7 p.m. Free.

Tuesday and Wednesday at the Dakota: Roy Hargrove Quintet. Grammy-winning trumpeter Roy Hargrove once said, “If it’s not swinging, what’s the point?” He’s as hip as they come, but his heart belongs to straight-ahead jazz, bebop and hard bop. “Discovered” by Wynton Marsalis while still in high school, Hargrove, now in his late 40s, is one of the greatest trumpeters of our time. He hasn’t made many recordings, he doesn’t have a website, he doesn’t do Facebook (someone else posts gigs and photos on his page), he doesn’t tweet, but he can play that golden horn. He’ll be at the Dakota with his own quintet. 7 and 9 p.m. FMI and tickets ($20-40).

Leslie Odom Jr. will give two concerts with the Minnesota Orchestra in March, not one. Due to strong demand, stoked no doubt by the abrupt cancellation of his previously scheduled appearance in November, the Tony-winning “Hamilton” star will perform on Friday, March 23 and Saturday, March 24. The Friday show was just added; tickets are on sale starting at 10 a.m. today ($40-105). Go online or call 612-371-5600.

State Arts Board awards nearly $1.6 million; T2P2 to take show on the road