She was born in Australia, she lives in St. Paul, she makes elaborately layered and textured collages with hidden imagery, and she first visited the Minnesota State Fair when she was 4 years old. “I can still remember the sense of wonder I had,” she said in a statement.

Kristi Abbott has been selected to create the official 2018 Minnesota State Fair Commemorative Art, the fair announced Wednesday. Abbott has been the featured artist for the Edina Art Show and Duluth’s Art in Bayfront Park. She’s the 15th artist chosen by the fair to create an original work that will be made into posters, signed prints and other merch, sales of which will go toward preserving and improving the fair’s buildings, grounds and educational programs. Previous commemorative artists include Mary GrandPré, Nancy Carlson, Steve Thomas and Ta-coumba Aiken. Here’s a gallery.

And here’s a short film about Abbott made by MN Original, our great free online archive of information about Minnesota’s creative community.

In more State Fair news: The fairgrounds will see $11.1 million in improvements before the gates open in 2018. They include a new restroom (always a yay), a new pet exhibition and demonstration area (about time), improvements to the livestock complex including better ventilation in the Sheep & Poultry Barn (whew) and more than $3 million in utilities and transportation infrastructure. No government money is involved; the fair is financially self-supporting, in part through sales of commemorative art merch.

And Ye Old Mill, the fair’s oldest attraction, which has been run by the Keenan family for five generations and 102 years, has been sold to the fair, which will now operate the quirky, creaky, bumpy tunnel-of-love ride. Dear Fair, please don’t change a splinter.

We have a knight in our midst. Norway House has announced that His Majesty, King Harald V of Norway “has conferred upon Jeff Mueller the rank of Knight First Class in the Royal Norwegian Order of Merit.”

Mueller is director of administration and finance for Norway House, the National Norwegian Center in America. A Minnesota native and Augsburg graduate, he is a former president and current board member of the Norwegian American Chamber of Commerce and has been active in many other Norway-related organizations and groups. The award recognizes his more than 40 years of service to Norway.

An Open House will be held in Mueller’s honor on Thursday, March 22, from 4-7 p.m. at Norway House, and the public is invited.

Club Book, the traveling series that brings big-name authors to libraries throughout the Twin Cities metro, has announced its winter/spring roster of writers. As always, events are free and open to the public. 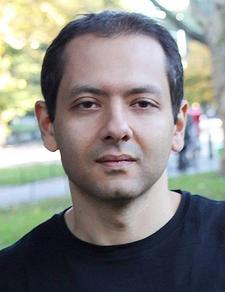 Wednesday, March 14, at Dakota Lodge (with the Dakota County Library): Laura Lippman, multiple-award-winning author of the chart-topping Tess Monaghan series and 10 stand-alone books including her latest, “Sunburn.” Monday, April 16, at Golden Valley Library: rising historical fiction star Ariel Lawhorn, whose latest, “I Was Anastasia,” will just be out. Thursday, April 19, at R.H. Stafford Library: Anita Shreve, whose 1998 novel “The Pilot’s Wife” was an Oprah pick and No. 1 best-seller; her new book is “The Stars Are Fire.”

Thursday, May 3, at Prior Lake Library: three-time Minnesota Book Award winner and memoirist Patricia Hampl, whose “The Art of a Wasted Day” is, in part, a defense of leisure time. Monday, May 7, at Roseville Public Library: Emily Fridlund, whose “History of Wolves” was shortlisted for the 2017 Man Booker Prize. Wednesday, May 9, at Brooklyn Park Library: comedienne and memoirist Samantha Irby, a unique voice in contemporary African-American literature whose best-selling essay collection “Meaty” has been optioned by FX for a half-hour comedy series.

Club Book is a program of Metropolitan Library Services Agency (MELSA); coordinated by Library Strategies, the consulting group of the Friends of the Saint Paul Public Library; and funded by legacy money. It takes a village. Since 2014, all events have been made available four to five days later as free podcasts. There are 69 podcasts to date. FMI on this season’s lineup.

Tonight (Thursday, Jan. 25) at the Burnet Fine Art & Advisory in Wayzata: Opening reception for “Let’s Go!” See, admire and maybe buy work by Ellsworth Kelly, Ai Weiwei, Jeff Koons, Joan Mitchell, Julie Buffalohead, Joan Miró and other artists – local, national and international, famous and emerging. Over 50 works by more than 30 artists will be featured in this show of paintings, drawings, prints and editions. 5:30-8:30 p.m. Through April 7.

Friday at the Minneapolis Eagles Club: Midwest Accordion Meetup II. Accordions are cool. They have always been cool, although, like violas, unjustly ridiculed. Accordions color popular songs by Arcade Fire and Mumford & Sons. The jazzy Gary Versace and the avant-garde Guy Klucevsek play the squeezebox. The accordion is key to Balkan, klezmer and zydeco music, and the tango. There are several fine players in the Twin Cities including Patrick Harison (Patty and the Buttons), Dee Langley and Dan “Daddy Squeeze” Newton (Café Accordion Orchestra). They’ll be joined by Philadelphia-based Dallas Vietty for a concert full of virtuosity, musicality and surprises. 6 p.m. social hour, 7:30 music. $10 cover at the door.

Friday through Saturday at the Cedar: Drone Not Drones: The Fifth Annual 28-Hour Drone. Stop in Friday. Come back Saturday. If you want, bring a pillow and sleeping bag and spend the night. “Droning on and on about peace,” this seamless, uninterrupted 28-hour marathon of minimalist music has raised over $10,000 for Doctors Without Borders. More than 50 local and national bands, drone choirs, Indonesian gamelan groups, drone robots, throat singers and others will rotate on and off the stage, overlapping with each other, keeping the music going. Performers include Nels Cline, Low, Gaelynn Lea, Alan Sparhawk, Dosh, Savage Aural Hotbed, DeVon Gray, Paul Metzger and Davu Seru. Here’s a video promo for last year’s show. Here’s the audio from 2017. Doors at 6 p.m. Friday, show 7 p.m. Friday through 11 p.m. Saturday. FMI and tickets ($20 advance/ $30 day of show). Can’t come in person? The concert will stream live here and at KFAI Fresh Air Community Radio.

Friday and Saturday at Wander North Distillery: “Love on the Rocks (Distill My Heart).” Founded in 2013 in a state crawling with choirs, MPLS (imPulse) is determined to be different. The fully professional, project-based chamber chorus performs in places like the Como Planetarium, Flat Earth Brewery and Kitchen Window. Its focus is music from and for our time. “Love on the Rocks” will feature songs about love by Paul Rudoi and Connor Koppin, the Beatles, No Doubt, Seal, Queen and more. Held in Wander North’s private production room, this sounds like a lot of fun. 7:30-9 p.m. Friday, 2-3:30 p.m. and 7-8:30 p.m. Saturday. FMI and tickets ($20/30/10). 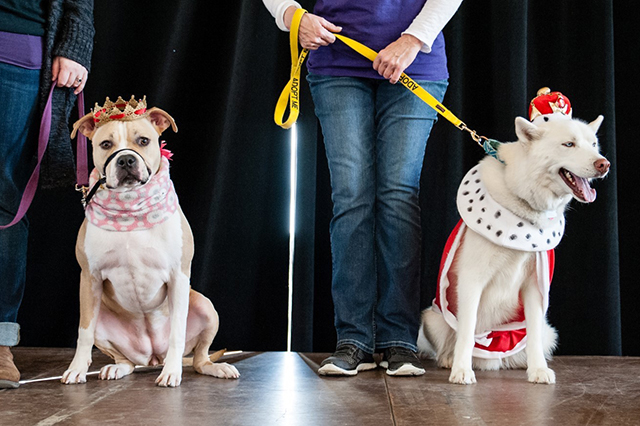 Saturday at Union Depot: Doggie Depot. A day of rescue dog adoptions, presentations by pet experts, a pet product marketplace (with 30 vendors), tips from Sidewalk Dog Media about the Twin Cities’ most pet-friendly restaurants and retailers, a Q&A with Katie K9 from MyTalk 107.1, and the crowning of the Saint Paul Winter Carnival doggie royal court. If the past is any predictor, many dogs will find their forever homes at this event. 10 a.m.-1 p.m. Free and open to the public. Tip: Try to arrive early; there’s a Winter Run that morning, with road closures. FMI.