The Oscars are coming. Sunday, March 4, is the date when we’ll learn who won and who didn’t, hopefully without any envelope screw-ups. Between now and then – less than a month – some of us will scramble to see all the best picture nominees, which sometimes intersect with the best actor and actress nominees, and then there are the nominees in all the other categories: supporting actor/actress, animated feature, documentary feature, foreign language film, director, cinematographer, and on and on. It’s a big commitment. Who has the time?

Or you can see the shorts. Starting Friday, the Uptown Theatre will screen both the animated shorts and the live-action shorts. The Riverview will host the documentary shorts. Hard to find at other times, these can often be small gems, and all are labors of love. And, in at least one glaring case, image-polishing.

The five animated shorts include Kobe Bryant’s “Dear Basketball.” Based on a poem he wrote in 2015 to announce his retirement, with hand-drawn animation by Disney superstar Glen Keane (“Beauty and the Beast,” etc.) and music by John Williams (“Star Wars,” etc.), narrated and produced by Bryant, it’s lovely to watch but shamelessly self-promoting and highly questionable as an Oscar nominee in a year of #MeToo, given Bryant’s 2003 rape charges, later dropped. Oh, and there are no women filmmakers among the nominees in this category.

From Illogic, a six-member French collective, the wordless “Garden Party” is hilariously horrific, with jaw-dropping computer animation so seamless and elaborately detailed you’ll wish you could hit pause and replay. As tree frogs and bullfrogs explore a strangely deserted mansion and grounds, clues are revealed and suspense builds. Has someone croaked?

Pixar’s offering – there’s almost always a Pixar short in the Oscars – is “Lou,” a sweet, funny anti-bullying lesson. The main character is the contents of a school playground’s lost-and-found box come to life, with baseball googly eyes. It’s pure Pixar, loaded with imagination, technical mastery and just showing off. The story hangs from a slender thread (bullies become bullies because they’re bullied), but who cares? 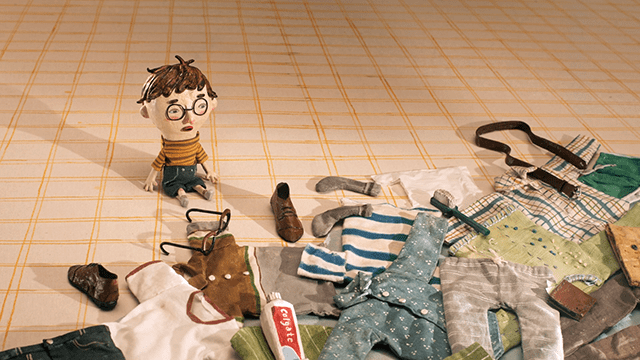 The animated short getting the most buzz among cinephiles is “Negative Space” from Max Porter and Ru Kuwahata. Based in Baltimore, they made the film at an animation center in Vendôme, France. Five-and-a-half minutes long, it took nine months to make, and here’s why: It’s entirely stop-motion, meticulously crafted down to little cardboard cars. Based on a poem by Ron Koertge, the film tells a tender, touching tale of a boy who bonds with his father over learning how to pack a suitcase. So far it’s won 52 awards at 137 festivals.

The fifth animated short is “Revolting Rhymes,” a mash-up of stories from Roald Dahl’s book by that name. Snow White (who’s blonde) meets Red Riding Hood (who’s fierce) meets the Three Little Pigs and the Big Bad Wolf in a tale of girl power and a wolf’s revenge. Dahl’s stories were already reinventions; South African directors Jakob Schuch had a lot of fun and room to stretch out. Made for the BBC, “Revolting Rhymes” is the longest nominee, just under a half-hour of computer animation, storytelling and irreverent rhymes (“This is the disgusting part/The Queen sat down and ate the heart”). The main wolf is voiced by Dominic West (“The Wire”).

Of the five live-action shorts, four are dead serious. In Reed Van Dyk’s “DeKalb Elementary,” the tension builds to unbearable levels as a receptionist in an Atlanta school confronts a young man with an assault rifle. Moment by moment, we expect the worst, because how can we not? It’s a brilliant piece of directing and acting inspired by an actual 911 call. 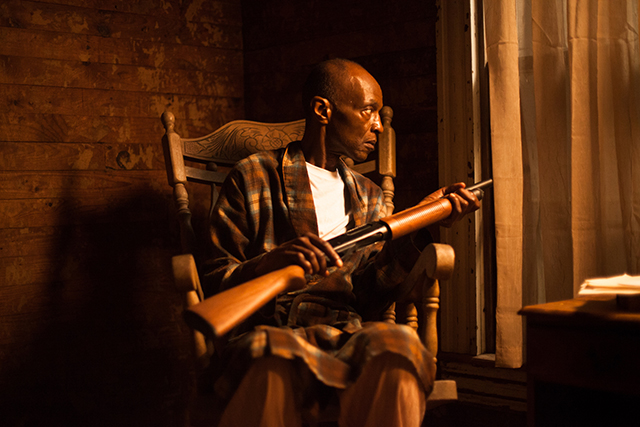 We know how Kevin Wilson Jr.’s “My Nephew Emmett” ends – the Emmett is Emmett Till, a 14-year-old black boy who was brutally murdered in 1955 – but we’ve never seen the hours leading up to his death through the eyes of his uncle, Mose Wright, with whom Till was staying for the summer. As Mose, L.B. Williams portrays a proud man who lives in constant fear. Jasmine Guy is his wife, Elizabeth.

In “The Silent Child,” written by Rachel Shenton, a deaf 4-year-old girl is basically ignored by her busy, preoccupied hearing family. When a social worker starts teaching her sign language, the family resists. Set in the English countryside, Shenton’s film is a frank plea for access to education for deaf children. It shines with authenticity. Her father was deaf; so is child actor Maisie Sly, who steals the film as young Libby. 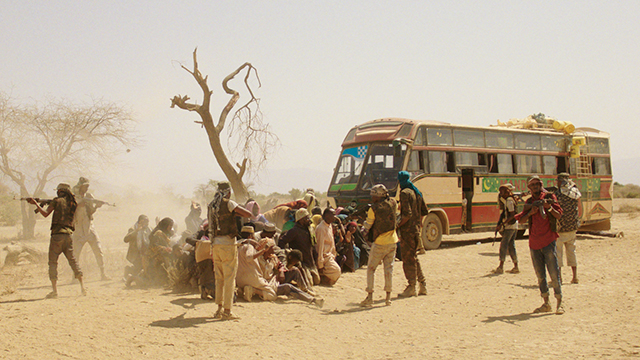 Based on a true story, made with a Kenyan crew, German filmmaker Katja Benrath’s “Watu Wote/All of Us” chronicles a December 2015 incident in Kenya, where the Islamist militant group al-Shabab has pitted Muslims against Christians. When a bus on the way to Mandera on the Somalia border is attacked, the terrorists demand that the Muslim passengers identify the Christians among them, which would have meant certain death for the Christians. They refuse. Watch for Minneapolis-based Somali American actors Barkhad Abdirahman and Faysal Ahmed (“Captain Phillips,” “A Stray”).

The Oscar-nominated animated and live-action shorts will screen separately at the Uptown; tickets are needed for each. FMI including times, trailers and tickets. Through Thursday, Feb. 15.

We haven’t yet seen the documentary shorts, but we can tell you a bit about them. Not surprisingly, they all deal with tough topics and pressing social issues. All five of this year’s films are from the U.S.

“Edith & Eddie” stars America’s oldest interracial newlyweds. She’s black, he’s white, and both are in their 90s. Interference turns into elder abuse. “Heaven Is a Traffic Jam on the 405” profiles artist Mindy Alper, who has spent most of her life with depression and mental illness. “Heroin(e)” follows three women in Huntington, West Virginia, a town in the throes of the opioid epidemic. “Knife Skills” follows the opening of a French restaurant in Cleveland staffed by newly released felons. In “Traffic Stop,” 26-year-old African-American math teacher Breaion King is pulled over for speeding. A routine stop turns into a violent arrest.

Documentary shorts aren’t all that short. All four add up to just over three hours. In some cities, they’re being split into two separate films. At the Riverview, you see them all and pay just once. FMI; tickets at the door. Also through Thursday, Feb. 15.