Soon after the National Endowment for the Arts (NEA) announced its first round of grants for fiscal year 2018, we started hearing from Minnesota arts organizations.

The Mankato Symphony Orchestra will receive $10,000 for a concert called “Inside Out” to be held in April. Here’s how MSO describes it:

The key concept … is to break down barriers between performers and audience … [Listeners] will be seated on the stage among the orchestra musicians. They can watch the players perform, read music over their shoulders, and hear the individual sounds the instruments make. The purpose of this project is to draw increased first time concertgoers from our primarily rural region, many of whom are unfamiliar with classical music and instruments.

Franconia Sculpture Park will receive $20,000 to support its artist residency and exhibition program. Some 150,000 people, including a lot of kids, visit Franconia each year, wandering through (and often climbing on) the large-scale sculptures. More than 14,000 take part in hands-on arts learning programs. Art Shanty Projects will also receive $20,000. More than 40,000 people saw its 2018 On-Ice Program on Lake Harriet (Bde Umna) in Minneapolis, which ran for four weekends in January and February.

All of the grants are for specific projects. No NEA funds may be used for general operating expenses. So every grant supports the creation of something new, an interaction between artists and the community, a chance for someone’s life – or many lives – to be changed by art.

In the first round of funding, 33 grants were awarded to Minnesota organizations, for a total dollar amount of $936,500. Dances will be danced, plays will be performed, books will be published, festivals will be held, films will be shown, concerts will be given, art will be made and songs will be sung. Here’s the complete list.

Looking at 2016 figures, the most recent available, the NEA’s annual appropriation of $147.9 million is about .004 percent of the federal budget. Every $1 of NEA direct funding leverages up to $9 in private and other funds; in 2016, that meant $500 million in matching support. In March 2017, Donald Trump became the first president to propose defunding the NEA and the National Endowment for the Humanities (NEH), along with the Institute for Museum and Library Services and the Corporation for Public Broadcasting, which funds public radio and television. Congress said no and gave them all modest increases. Trump’s budget request for FY2019 is second verse, same as the first: eliminate them all.

If the arts matter to you – and we’re guessing they do, because here you are – you know what’s next. Calls and letters.

Poet and Graywolf author Layli Long Soldier’s debut collection, “Whereas,” won the book-of-the-year prize at Tuesday’s PEN America Literary Awards ceremony in New York City. The $75,000 PEN/Jean Stein Book Award is one of the largest literary prizes in the country.

Long Soldier’s book confronts the coercive language of the U.S. government in its responses, treaties, and apologies to Native American peoples and tribes, and reflects that language in its officiousness and duplicity back on its perpetrators. You can read the title poem here. 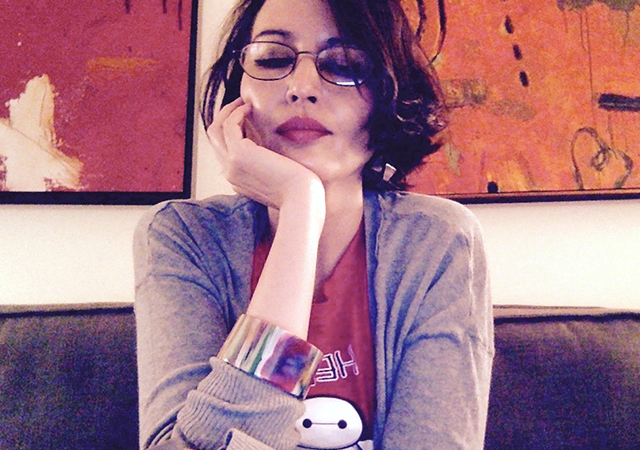 The other four finalists for the PEN/Jean Stein award were “We Were Eight Years in Power: An American Tragedy” by Ta-Nehisi Coates; “White Tears” by Hari Kunzru, “The Changeling” by Victor LaValle; and “Bunk: The Rise of Hoaxes, Humbug, Plagiarists, Phonies, Post-Facts, and Fake News” by Kevin Young. Young is also a Graywolf author; last year he was named poetry editor at the New Yorker.

In all, five Graywolf authors were PEN finalists this year.

Tonight through Sunday at the History Theatre: “A Crack in the Sky.” Playwright Harrison David Rivers will have four plays in Twin Cities theaters this year, which must be some kind of record unless you’re Shakespeare. For this story about a young Somali man who makes his way to a new life in Minnesota – and discovers Maya Angelou – Rivers shares the playwriting credit with Ahmed Ismail Yusuf, whose story it is. With Mohamed Sheikh, Ashwanti Ford, Rex Isom Jr., JuCoby Johnson, Tracey Maloney, Rich Remedios and Mikell Sap. Faye M. Price directs. 7:30 p.m. Thursday-Saturday, 2 p.m. Sunday. FMI and tickets ($15-30). Closes March 4.

Friday and Saturday at the Cowles: Ballet Minnesota: “Beethoven’s 9th Symphony.” The story of Beethoven’s life, told in movement set to one of his greatest symphonies – the one with “Ode to Joy.” Robert Cleary returns to perform the title role in a work choreographed by artistic director Andrew Rist. Part of Ballet Minnesota’s 30th anniversary season, this show won raves when it debuted in 2008. Friday at 8 p.m., Saturday at 2 p.m. and 8 p.m. FMI and tickets ($22-34). 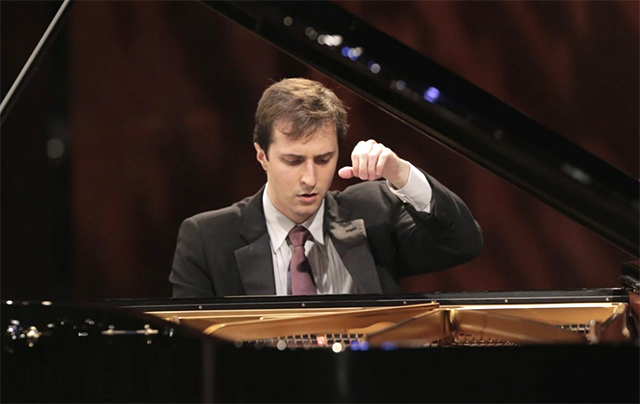 Photo by Carolyn Cruz
Kenny Broberg will be the featured soloist on Friday and Saturday at Orchestra Hall for Beethoven’s “Emperor.”

Friday and Saturday at Orchestra Hall: Beethoven’s “Emperor.” Pianist André Watts was to be the featured soloist in both concerts this weekend, but he’s ill with the flu and unable to perform. Kenny Broberg will step in for Watts. The 23-year-old Minneapolis native won the silver medal at the 2017 Van Cliburn International Competition (“the Olympics of the piano”) and released his first album on Decca Gold last year. He has played with the Orchestra before – on a Young People’s concert in 2010, when he was 15 – but this marks his subscription debut. Also on the program: Shostakovich’s Symphony No. 10. Finnish conductor John Storgårds makes his Minnesota Orchestra debut. 8 p.m. FMI and tickets ($12-96).

Friday and Saturday at Studio Z: Zeitgeist: Playing It Close to Home. For its annual celebration of music found here in Minnesota, the new music group Zeitgeist presents winning songs from its Eric Stokes Song Contest plus music by composer-in-residence Davu Seru, who grew up in North Minneapolis. This weekend will see the world premiere of Seru’s new work “Dead King Mother,” which tells the story of an event that has been with him since early childhood. On April 4, 1968, his great-uncle Clarence C. Underwood announced that he would kill the first white man he saw – and he did. 7:30 p.m. FMI and tickets ($15/10).