The Children’s Theatre Company announced its 2018-19 season today: eight productions including three world premieres and three musicals. The first question on many people’s minds will be, “Is the Grinch coming back?”

He is. CTC’s original production of “Dr. Seuss’s How the Grinch Stole Christmas” premiered here in 1994. Last year’s revival set a record, selling 64,000 tickets and becoming the highest-grossing show in the company’s history. The staging before then, in 2014, also broke records. The Grinch, it seems, is our very own “Hamilton.”

The season is filled with music, surprises, and at least one production that will ignite important conversations on the way home.

Here’s how it looks.

July 12-29 on the main stage: “The Best Summer Ever!” The world premiere of a one-man show by storyteller and kid-at-heart Kevin Kling. As nine-year-old Maurice, a boy with a vivid imagination, he’ll take us through the true Minnesota summer experience.

Sept. 5-Oct. 21 on the main stage: “Last Stop on Market Street.” Motown legend Lamont Dozier and his son, Paris Ray Dozier, wrote the music for this new musical based on the Newbery Award-winning book by Matt de la Peña. It’s being adapted for the stage by Cheryl L. West, no stranger to CTC (“Akeelah and the Bee,” “Lizzie Bright and the Buckminster Boy”). A co-commission with the Chicago Children’s Theatre, it will premiere there.

Oct. 9-Nov. 25 on the Cargill stage: “I Come from Arizona.” A world premiere play about the complexities of immigration, adapted from “Augusta and Noble” by Carlos Murillo. Gabi, the main character, is a 14-year-old Mexican-American girl who discovers that her parents are undocumented. 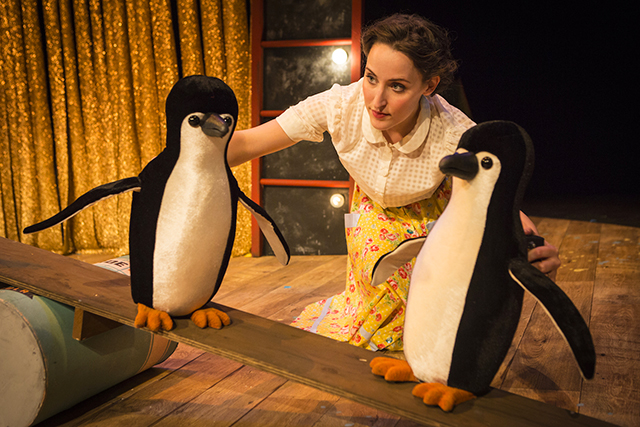 Jan. 15-Feb. 24, 2019, on the main stage: “Mr. Popper’s Penguins.” The British tour of the entertaining tale about a painter and too many penguins. Based on the novel by Richard and Florence Atwater, with life-size penguin puppets.

Jan. 29-March 10 on the Cargill Stage: “The Biggest Little House in the Forest.” The return of Rosanna Staffa’s one-woman play, based on the book by Djemma Bider and beloved by preschoolers.

March 12-April 14 on the main stage: “The Hobbit.” Excuse us while we go “Eeeeeeee!!!!” The world premiere production of the book by J.R.R. Tolkien, adapted and directed by Greg Banks, who also created CTC’s “The Jungle Book,” “Huck Finn” and “Pinocchio.”

April 28-June 23 on the main stage: Roald Dahl’s “Matilda: The Musical.” Spring in the Twin Cities is a Roald Dahl twofer, starting with “Charlie and the Chocolate Factory” at the Orpheum in March. The original Broadway production of “Matilda” won five Tonys. This will be a new CTC production.

Season subscriptions are on sale now; 612-874-0400. Single tickets will go on sale starting in April.

The first was “Sights, Sounds, Soul: The Twin Cities Through the Lens of Charles Chamblis” in November 2017, featuring Chamblis’ vivid photographs of black social and artistic life in the 1970s and ’80s, with text by Davu Seru.

On Tuesday, during Black History Month, the press will release “The Scott Collection: Minnesota’s Black Community in the ’50s, ’60s, and ’70s.” This is not a new title, but a reissue in one volume of three books profiling the African-American community of the Twin Cities: “Centennial Edition of the Minneapolis Beacon: Featuring the Negroes in Minneapolis” (1956), “Minneapolis Negro Profile: A Pictorial Resume of the Black Community, its achievements, and its immediate goals” (1968) and “Minnesota’s Black Community” (1976). Introductory essays provide context and background. 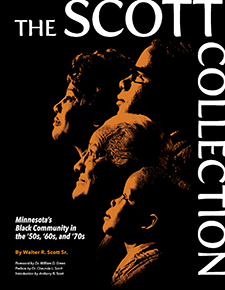 Covering the pre- and post-Civil Rights era, all were written by Walter R. Scott and originally published by his Scott Publishing Company. All celebrate the accomplishments and contributions of African-Americans living in Minnesota at the time in the clearest, most direct way possible: by showing their faces, giving their names and describing their accomplishments in brief biographical summaries.

Paging through this oversized, 500+ page book filled with B&W photos is like wandering a black Who’s Who of people from all walks of life: the arts, authors, beauty and fashion, business, community service, education, entertainment, government, labor and industry, law enforcement, media and communications, medicine, religion, sports.

In “Minnesota’s Black Community,” Scott wrote, “Any attempt to separate the Black people from Minnesota’s history would be as difficult as trying to divorce the stars and stripes on the American flag.” To underscore his point, he included a chapter on Early Black Settlers – like George Bonga, the subject of a play last year at the History Theatre. 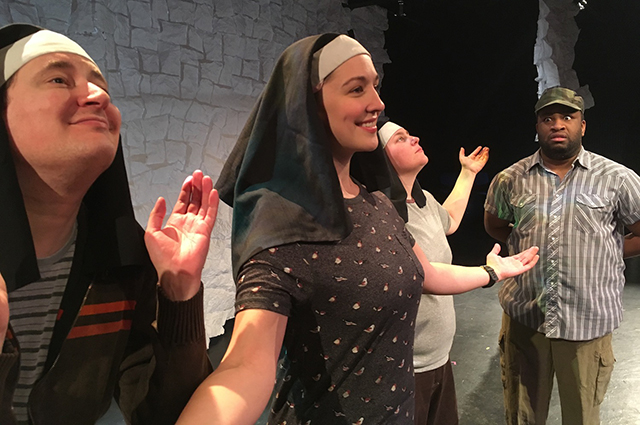 Opens tonight at the Red Eye: “21 Extremely Bad Breakups.” At least Walking Shadow waited until after Valentine’s Day – just barely – to launch their new show about love and its many catastrophes. It’s for anyone who has ever broken up with anyone. In other words, everyone. Based on the book by Mark Leidner, adapted and directed by Amy Rummenie, with a cast of six including Walking Shadow regulars Neal Beckman, David Beukema and Jean Wolff. 7:30 p.m. FMI and tickets ($26 general admission; other prices available). Adult language. Ends March 3.

Tonight and Saturday at the Walker: Anthony Hamilton and Alisdair Macindoe: “Meeting.” A choreographic study performed to a mechanized beat. Hamilton is a choreographer, Macindoe a dancer, composer, sound designer and machine maker. The Australian duo will share the McGuire Theater stage with 64 robotic percussion instruments. 50 min. 8 p.m. FMI and tickets ($22/$17.60 members).

Saturday at Magers & Quinn: André Aciman presents “Call Me by Your Name.” Aciman is the author of the novel that became the Oscar-nominated coming-of-age film starring Armie Hammer and Timothée Chalamet. 7 p.m. Free.

Monday on your teevee: “North Star: Civil War Stories.” During the Civil War, African Americans from Minnesota wore the Union blue. Black History Month is a good time to remind ourselves of that. Created with the Ramsey County Historical Society, this new documentary from TPT tells four untold stories of unsung heroes. 8 p.m. Monday on Channel 2 PBS. FMI including more air dates. On Wednesday, Feb. 21, RCHS and TPT will host a noontime screening of clips and a Q&A with TPT filmmaker and producer Daniel Bergin and historian William Green. Noon-1 p.m. in Landmark Center’s auditorium.