When the Schubert Club was founded (as The Ladies Musicale), Minnesota had been a state for fewer than 25 years. The James J. Hill House wasn’t even a hole in the ground. Igor Stravinsky and FDR were just being born.

Now in its 137th year, Minnesota’s oldest arts organization is still growing and keeping it fresh. The most recent season set a new record for attendance. It presented more than 60 concerts across six series, from the flagship International Artist Series at the Ordway to the free lunchtime Courtroom Concerts at Landmark Center. It brought the classical group Accordo to Icehouse and a 10-woman Norwegian brass ensemble to Aria.

Plus the Schubert Club runs a museum, also in the Landmark Center, with an assortment of historical keyboards (including an upright piano played by Franz List) and an important collection of letters and manuscripts (with letters from Mozart, Tchaikovsky, Haydn, Chopin and Ira Gershwin). It holds annual jazz piano workshops and a scholarship competition with cash prizes. It commissions new music. Two commissioned works (so far) have won Pulitzer Prizes.

Announced Saturday, the 2018-19 season won’t disappoint. We learned in January that the phenomenal pianist Igor Levit will return, this time as the latest winner of the $300,000 Gilmore Artist Award. Levit will launch the season on Oct. 30. Here’s how the rest of the season looks.

Nov. 29 and Dec. 1: Samuel Hasselhorn, baritone, and Renate Rohlfing, piano. A fast-rising star and recent winner of the Das Lied International Song Competition, Hasselhorn will make his Schubert Club debut. He’s young, handsome and charismatic – a Barihunk, according to the popular blog. Rohlfing is the pianist he collaborates with regularly.

Jan. 18 and 20, 2019: Nicola Benedetti, violin, and Alexei Grynyuk, piano. One of the most sought-after violinists of her generation, Benedetti is the Schubert Club’s first-ever Featured Artist. She’ll also appear in the Schubert Club Mix series and spend time in schools. Her International Artist Series debut will include the U.S. premiere of a new work written for her by Wynton Marsalis. Grynyuk is her regular duo partner.

Feb. 25: Joyce DiDonato, mezzo soprano, and Craig Terry, piano, with jazz trio. The two-time Grammy winner and opera superstar will have released her new album, “Songplay.” She promises a night of “experimentation and play” and a program that “encourages joy and peace.” And what about that jazz trio? DiDonato was last here in 2015 and is this year’s hottest ticket.

April 3 and 4: Gautier Capuçon, cello, and Yuja Wang, piano. Two passionate young players will be out together for the first time. Wang performed here six years ago and wowed the crowd. She’s a brilliant player and she dresses to kill. In 2017, Musical America named her Artist of the Year, and the Guardian has called her a “scintillating flame.” Capuçon has won several major prizes in Europe.

This season’s performers are international. Hasselhorn is German, Benedetti is Scottish, Grynyuk was born in Kiev, Capuçon is French and Wang is Chinese American. And they’re young. Most are in their 30s. Hasselhorn is 28; Levit and Benedetti are 30, Wang barely 31. Years from now, we’ll brag about seeing them in St. Paul. 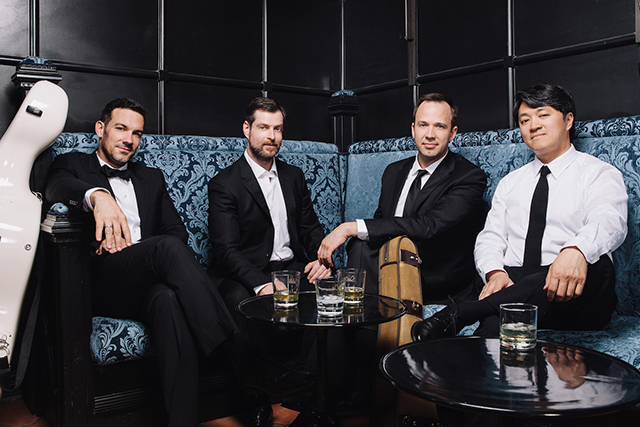 Courtesy of the Schubert Club
The Miró Quartet will perform on Sept. 23 during Music in the Park.

Tonight (Wednesday, Feb. 21) at Uptown Church: Mary Jo Bang and Stephanie Burt. One night, two Graywolf poets. Mary Jo Bang won a 2007 National Book Award for “Elegy;” her latest is “A Doll for Throwing.” Stephanie Burt is former Twin Cities resident Stephen Burt; her book is “Advice from the Lights.” Burt is one of the first out transgender people to serve on the faculty at Harvard. Along with reading, Bang and Burt will talk about poetry and life. A Rain Taxi event. 7 p.m. $5 at the door.

Tonight at Hamline Midway Library: Fireside Reading Series: Jon Lurie. In 2006, Lurie, a white journalist, embarked on a 2,000-mile wilderness journey with José Perez, a Lakota-Puerto Rican teenager. Both were lost, struggling and in search of their cultural roots; both were changed. Lurie tells the story in gritty, honest prose. With cookies, coffee and a crackling fire. 7 p.m. Free. 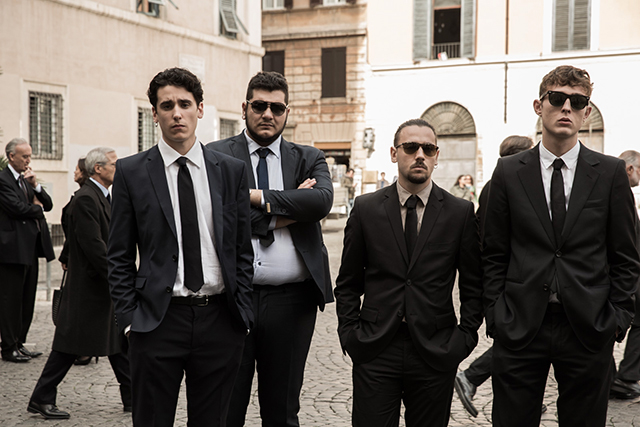 A scene from the motion picture “Everything You Want.”

Starts Thursday at the Film Society’s St. Anthony Main Theatre: Italian Film Festival. Now in its 10th year, organized by the Italian Cultural Center of Minneapolis-St. Paul, this annual celebration of Italy’s landscapes and stories is four days of comedies, documentaries and dramas. Each year features a newly restored Italian classic; for 2018, it’s Vittoria De Sica’s “The Boom” (1963). New this year: the Building Bridges: Emerging Filmmaker Awards for short films by new filmmakers living in Italy and Minnesota. (The Minnesota winner: E.G. Bailey’s “New Neighbors.”) All of the current Italian films are Minnesota premieres; all films are in Italian with English subtitles. Some include post-screening Q&As. FMI including trailers, times and tickets ($12/10; all-access pass $60/45). Through Sunday, Feb. 25.

Friday and Saturday at Old Arizona Studio: Pangea World Theater Presents the Los Angeles Poverty Department’s “What Fuels Development?” When a Los Angeles developer wanted to put an alcohol-serving restaurant in a residential hotel housing formerly homeless people – many in recovery or struggling with addiction – the people fought back. The Los Angeles Poverty Department (LAPD) is the first arts organization on Skid Row and the first performing group in the U.S. consisting mostly of homeless or formerly homeless people. A devised theater piece directed by John Malpede. 2821 Nicollet Ave. S. 7:30 p.m. FMI and tickets ($10-25 sliding scale; no one turned away for lack of funds).