It’s about time Fred Rogers became a puppet. Several puppets. In “Make Believe Neighborhood,” the enchanting new show at In the Heart of the Beast Puppet and Mask Theatre, there’s baby Fred and boy Fred, young man Fred, grown-up Fred, praying Fred, swimming Fred and Fred as Mr. Rogers, creator and host of the long-running PBS series and lifelong advocate for children. All puppets. And, in the show’s second half, a series of larger-than-life-size Fred masks worn by Seth Eberle and Masanari Kawahara that are motionless yet magically expressive and wise.

Written and directed by Bart Buch, HOBT’s director of youth and community programs and a 2017-18 McKnight Theater Artist Fellow, “Make Believe Neighborhood” is a portrait of a good man in a time when they’re hard to find, at least in the news. Buch has broadened his show beyond puppet biopic to embrace the often maligned Phillips neighborhood he and HOBT call home. The seven scenes (“chapters”) pair stories about Rogers’ life with profiles of activists, helpers and good neighbors in Phillips. Like Patrick and Luisa Cabello-Hansel, co-pastors of St. Paul’s Lutheran Church. And Wayne Bugg, who works at the St. Vincent de Paul thrift store. And Muriel Simmons, who fought crime with a Snow-Kone machine. As Rogers did in his TV studio, they’re working to make things better.

It’s a big show, the biggest at HOBT in years. Over two hours, including a 15-minute intermission, it uses hundreds of puppets large and small, video projections, masks, set pieces, and music. (One scene features puppets made of lamps from the thrift store.) The music was created by Twin Cities multi-instrumentalist Martin Dosh, who has a long relationship with HOBT. Not only did Dosh create the music, he performs it live at every show on a platform to one side of the stage, a Great Oz among his keyboards and drums, sliders and blinking lights. His ambient instrumentals and loops are woven together with songs by Fred Rogers sung by Andrew Bird, Sylvan Esso and MPLS (imPulse) chorus, among others. The songs include “It’s You I Like,” “The Truth Will Make Me Free” and, natch, “Won’t You Be My Neighbor?”

Three years in the making and a world premiere, “Make Believe Neighborhood” is tenderly told, respectful and hopeful, and beautiful to watch. It’s inspiring in a down-to-earth way. If kids in Phillips who are learning to stilt can get up when they fall, maybe we can, too. Maybe we can wave to our neighbors and tell our loved ones we like them just the way they are. Buch doesn’t chart pie-in-the-sky, Impossible Dream territory, but real life and its possibilities. Rogers was a man who wore cardigans knit by his mom, who answered every letter he received, who worked for peace and justice and made each day snappy. This is a show with a huge beating heart, piles of positivity and the conviction that we can survive anything and be the fine, upstanding, loving, accepting people we’re meant to be. Helpers all. 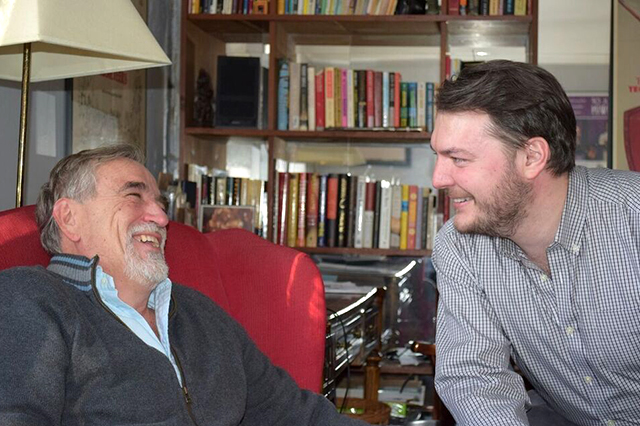 Courtesy of the Sabes JCC
Gabriele Angieri and Brandon Ewald star in “Tuesdays with Morrie” at the Sabes JCC.

Opens Thursday at the Sabes JCC: “Tuesdays With Morrie.” The national touring production will stop in St. Louis Park for a three-week run. Based on the best-selling book by Mitch Albom, adapted for the stage by Albom and Minnesota playwright Jeffrey Hatcher, directed by Peter Moore, it stars Gabriele Angieri as Morrie, Brandon Ewald as Mitch. 7:30 p.m. FMI and tickets ($20); 800-838-3006. Ends Feb. 25.

Opens Friday at Steppingstone Theatre: “Roll of Thunder, Hear My Cry.” Kory LaQuess Pullam, an increasingly important voice and presence on the Twin Cities theater scene, directs Steppingstone’s production based on the Newbery-winning novel by Mildred D. Taylor. A coming-of-age story set in Jim Crow Mississippi in a year of night riders and burnings, it features a cast of youth and adult performers from around the Twin Cities, with Inayah El-Amin as Cassie. 110 min. with intermission. Recommended for grades 3 and up. 7 p.m. FMI and tickets ($16/12). Ends March 3, with many afternoon and weekday matinees. 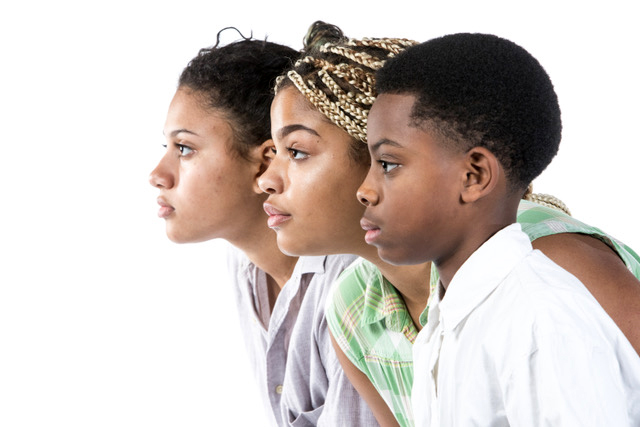 Friday and Saturday at the Cedar: 2017/18 Cedar Commissions. The seventh annual showcase of new works by emerging artists, funded by the Jerome Foundation. Friday: City Counselor (Nicky Steves) with “Questions & Lies,” avant-pop songs backed by an eight-piece orchestra; Julia Hobart’s “To Spill My Husband’s Blood,” historical murder ballads from a woman’s perspective, performed by a cast of female musicians; Shawn Mouacheupao’s fusion of pop songs and his Hmong culture. Saturday: Leah Lemm, member of the Mille Lacs Band of Ojibwe, with “Ruins,” a journey through a cinematic, post-apocalyptic landscape; Julian Manzara’s “Lineage: Two Generations of Midwestern Blues,” in performance with his father, Cleo Patricx, and an eight-piece band; Ashantiva (Elizabeth Ashantiva) with “The Book of L,” a coming-of-age story based on her journals and those of Sylvia Plath, Anne Frank, Virginia Woolf and Anais Nin, with graphic novel-style illustrations by Bly Pope and music by the band Psychic Revival. Doors at 7 p.m., shows at 7:30. FMI and tickets ($10/night, $15 two-show pass).

‘Make Believe Neighborhood’ is enchanting; ‘Tuesdays With Morrie’ to open