Puccini’s “La Rondine” (“The Swallow”) will launch the season in October. Set in Paris in the 1920s, it will star Byrne as Magda and Capalbo as Ruggero.

November will bring “Silent Night” by composer Kevin Puts (who won the 2012 Pulitzer Prize for Music) and librettist Mark Campbell, who has since written several more libretti for Minnesota Opera (“Memory Boy,” “The Shining,” “The Manchurian Candidate,” “Dinner at Eight”) and has been tapped for the newly commissioned “The Miraculous Journey of Edward Tulane,” based on the YA novel by Kate DiCamillo.

“Silent Night” hasn’t been here since 2011, and its homecoming is nicely timed for the centennial of the end of World War I. One of the most produced 21st-century American operas, it has been performed several times across the U.S., in Canada and in Europe, and will make its debut with the Washington National Opera in November. Wolverton created the leading soprano role of Anna Sørensen and will reprise it here.

January 2019 will see the Minnesota Opera premiere of Nino Rota’s “The Italian Straw Hat.” Rota is best known for “The Godfather” soundtrack. He worked with Italian film director Federico Fellini for decades, scoring films including “La Strada,” “8½,” and “La Dolce Vita,” among many others. He also wrote the score for Franco Zeffirelli’s “Romeo and Juliet.” And two full-length operas.

“The Fix” will be brand new when it hits the boards at the Ordway in March. Composed by Joel Puckett, with libretto by Eric Simonson (who doubles as stage director), it’s the story of Shoeless Joe Jackson (sung by Dennis), the 1919 White Sox, and the costs of betting against the establishment. Puckett is one of the most-performed composers in America; this Minnesota Opera commission, part of its New Works Initiative, will be his first opera. We’re encouraged that his dad plays Dixieland jazz.

The season will end in May with Verdi’s “La Traviata.” A cornerstone of the operatic repertory, Verdi’s most performed work has a gorgeous score full of songs you’ll recognize from ads and movies and a story that can’t be beat, complete with a deathbed scene (not a spoiler; we’re talking opera here). This is the opera Richard Gere took Julia Roberts to in “Pretty Woman.” It’s the one where we’ll see Cabell and León as Violetta and Alfredo. Sigh.

Season packages are available now; 612-333-6669. Individual tickets will go on sale in August. Before each production, the Minnesota Opera offers “Behind the Curtain” events that explore the music, history and production of the opera, in case you want some background. There’s talking, singing and mingling. Coming up: “Behind the Curtain” for Rigoletto, which opens March 17. 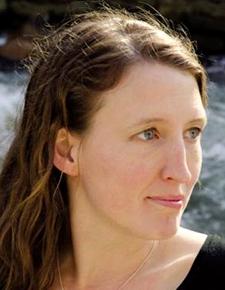 Tonight (Tuesday, Feb. 20) at Magers & Quinn: Kelly Barnhill launches “Dreadful Young Ladies and Other Stories.” The Minnesota-based, New York Times-best-selling author of several books for children — including “The Girl Who Drank the Moon,” winner of the 2017 Newbery Medal — has written a new book, for grownups. Stories about a magician, a witch and Sasquatch. 7 p.m. Free. You might want to arrive early so you don’t get squashed among the stacks.

Wednesday at Northrop: Free Film Screening: “Madonna: Rebel Heart Tour.” On March 3, Company Wang Ramirez will make its Northrop debut as part of the 2017-18 dance season. Founders Honji Wang and Sébastian Ramirez performed and choreographed for Madonna’s “Rebel Heart” tour. This film follows the massive 82-city world tour, with live and behind-the-scenes material, tracks from the album, fan favorites and new interpretations of some of Madonna’s biggest hits. 6:30 p.m. in the Best Buy Theater. Free and open to the public.

Opens Thursday at the Minnesota Landscape Arboretum: “Then and Now: Somali Stories Through Art.” A glimpse into the lives – past, present and future – of artists from another culture who now call Minnesota home. Includes work by artist Ifrah Mansour, photographer Ridwan Omar, painter Aziz Osman and two installations from Hands Across the World, a St. Cloud nonprofit that helps immigrants acclimate to new environments while honoring their tradition and history. The show was funded in part by an MRAC grant. In the Arboretum’s Reedy Gallery. Mondays-Saturdays 8 a.m.-4:30 p.m., Sundays 10 a.m.-4:30 p.m. Gate admission ($15 ages 16 and up, 15 and under free). Closes April 22. A reception for the artists will take place on Saturday, March 3, from noon-4 p.m., with free gate admission.

Thursday at the Basilica: MacPhail Spotlight Series: “Sounds for the End of Time.” The series led by Mischa Santora spotlighting MacPhail faculty has been spreading its wings beyond the school’s Antonello concert hall. Santora felt the Basilica would be a perfect place to perform and hear Messiaen’s ethereally beautiful “Quartet for the End of Time,” written when the composer (a Catholic) was a German POW in France. “This is a piece that needs a spiritual atmosphere, where you have a good chance of transcending time and space,” Santora said in conversation Monday afternoon. “There’s a better chance of reaching that in the Basilica than in a regular concert hall.” Plus he thought the music was a good fit for Lent. And if it speaks to the current moment – which wasn’t deliberate; this concert was programmed months in advance – that’s a bonus. “Everybody can use a bit of spiritual retreat and time for reflection,” Santora said. “Art can fulfill a very important function.” He’ll introduce the music; Johan van Parys, the Basilica’s director of liturgy and sacred arts, will talk about how Messiaen’s work relates to scripture. The event will be about 95 min. with no intermission. With Nina Fan on violin, Paul Schimming on clarinet, Charles Ash on cello and Ora Itkin on piano. 7 p.m. $12 tickets at MacPhail (612-321-0100) or at the door; $5 for MacPhail students at the door. 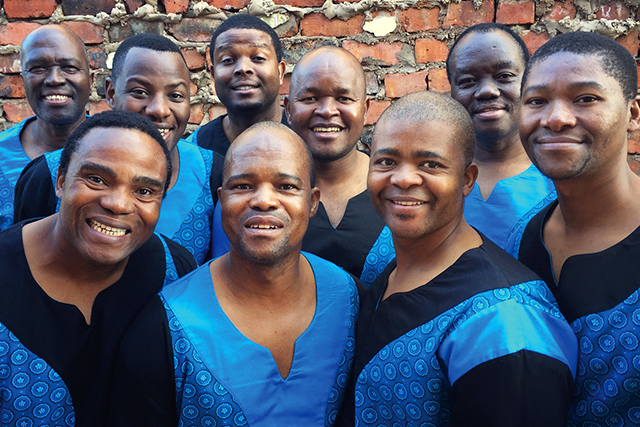 Courtesy of the Ordway
Ladysmith Black Mambazo performing this Friday at the Ordway.

Friday at the Ordway: Ladysmith Black Mambazo. The South African men’s singing and dancing group, founded and still led by Joseph Shabalala, just won their fifth Best World Music Album Grammy. (They were also nominated for “Songs of Peace & Love for Kids & Parents.”) Ladysmith has been around for what seems like forever – long enough for a younger generation to start moving in – and they’ve been through the Twin Cities many times, but they’re no less thrilling than when Paul Simon featured them on “Graceland” and brought them into the international spotlight. Theirs is a joyous music, good for the spirit and the soul. 7:30 p.m. FMI and tickets ($32-58). Come early for the pre-show extra at 6:30 in the atrium; stay after for the post-show mingle with the artists.