Park Square Theatre on Monday announced its 44th season: nine productions on two stages, spanning Sept. 14 of this year through Aug. 25 of next. Plus 146 weekday matinees for students in grades 7-12, drawn from its repertory of literary classics. More than 30,000 teens attend a Park Square matinee each year.

This will be Artistic Director Richard Cook’s final season after 43 years at the theater. Cook will retire on Sept. 1. Park Square is searching now for a new AD and plans to announce in early June.

We had a few questions for Cook about what it’s like to be at this stage of his life and career. We talked by phone on Friday.

MinnPost: What is it like to announce your final season after 43 years?

Richard Cook: What I tried to do was find fresh energy and not put myself into a now-I’m-retired mode, and fight the instinct just to hibernate. When I did, it was like – not only does this need to be a season that represents Park Square of the future, but it needs to be a season that if I were here, I would love to produce it.

MP: How do you plan a season for someone else to produce?

RC: Part of what I wanted to do was to put together a lineup that would introduce the new artistic director to a range of talent I thought they should know right away. I wanted to make sure we had directors and playwrights and partners in the season that I would be excited to introduce them to. Whether they retain these partnerships and relationships will be up to them. But it’s like – please, get to know each other. Part of the handoff is the relationships.

They’re going to bring their own notebook and contacts and network, their own lives and history of production. But I wanted to make sure that everything we had in the schedule was very producible. There’s no reason artistically why [2018-19] shouldn’t be a wonderful success. This gives them total freedom to focus on their first season [2020-21]. Because as soon as they hit the ground here, they’ve got to start programming. They can’t worry about [2018-19]. They just have to enjoy it and massage it. 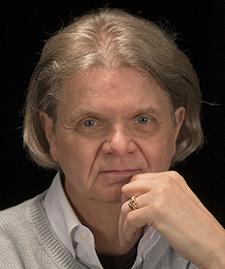 MP: What will be your role after you retire? Are you going to hang around to help, or will you leave town like [the Jungle’s] Bain Boehlke and [the Guthrie’s] Joe Dowling did?

RC: Neither one. I’m living in St. Paul, but I’m not part of Park Square after that. I’ll be a fan and a donor and a subscriber. I’ll be in the audience with you.

The nine productions planned for 2018-19 are split between the main Proscenium stage on the main floor of the Historic Hamm Building and the Boss thrust stage one level down. They include three premieres, a new musical created by and for millennials, a Greek tragedy, a classic American comedy, and a trio of Agatha Christie one-act murder mysteries that only recently became available. Two shows were born at the Fringe Festival. Several tell women’s stories, and most will be directed by women.

Three are partnerships – with Theatre Coup d’Etat, Girl Friday Productions and PRIME Productions, a new theater company that focuses on women over 50 and their stories. “We potentially have partnerships with the Ordway and Mu [Performing Arts] that we were trying to get into the season,” Cook said. “Because of the logistics of programming, I wasn’t able to get it quite as chock-full of these passing-the-baton introductions as I want. But those relationships are still active, so the new person will have them to build on as well.”

Sept. 14-Oct. 14 on the Boss Stage: “Sometimes There’s Wine” by Shanan Custer and Carolyn Pool. A 2016 Fringe debut and a follow-up to Custer and Pool’s “2 Sugars Room for Cream,” part of the Boss’s debut season.

Sept. 21-Oct. 28 on the Proscenium Stage: “The Agitators” by Mat Smart. Signe V. Harriday will direct the regional premiere of Smart’s play about the friendship between Susan B. Anthony and Frederick Douglass.

Feb. 1-March 3 on the Boss: “Antigone” by Sophocles. Theatre Coup d’Etat’s 2016 production, directed and designed by Meagan Kedrowski, will also be part of the student matinees. 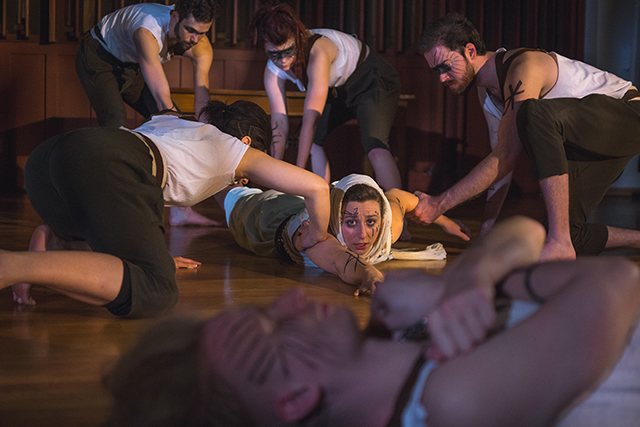 Courtesy of the Park Square Theatre
Feb. 1-March 3 on the Boss: “Antigone” by Sophocles.

Feb. 7-March 3 on the Proscenium: “The Skin of Our Teeth” by Thornton Wilder. Joel Sass will design and direct this show by Girl Friday Productions, led by Kirby Bennett.

May 31-June 23 on the Proscenium: “Heaven” by Chan Poling. A dance/theater piece first seen at the Guthrie’s Dowling Theater in 2011, set during the Bosnian War. Joe Chvala will direct.

Dates TBD on the Boss: A still-to-be-named show with PRIME Productions.

What Cook was surprised to learn about his final season – something he didn’t even notice until the season was about to be announced – is how many productions have ties to Minnesota. Six of the nine were written and composed by Twin Cities artists, or writers with active Minnesota connections through the Playwrights’ Center.

Custer and Pool are Twin Cities actors who write and produce their own brand of theater. Smart is a Playwrights’ Center core writer. Brant is a Playwrights’ Center affiliated writer; Knox and Frank Theater are currently touring Brant’s “Grounded.” Kedrowski and Theatre Coup d’Etat are local theater artists. Poling’s “Heaven” got its start in a music-theater incubator at the Ordway under Kevin McCollum.

Hovis is a Playwrights’ Center member who lives in Lowertown, a few blocks from Park Square. “I keep running into that guy,” Cook said. “Because of the way we’re connecting to living artists, more of those artists are neighbors. That’s kind of cool.”

It’s not too late for even the worst procrastinators among us to make those V-Day plans.

Wednesday (Feb. 14) at the Heights: “It Happened One Night.” A 35mm presentation of the ultimate rom-com: Frank Capra’s 1934 screwball classic starring Clark Gable and Claudette Colbert. The night also includes a vintage cartoon and Harvey Gustafson at the Mighty Wurlitzer. 7:30 p.m. FMI and tickets ($10).

On the other hand: The lyrical, luminous, hopeful and also French “Faces Places” is back at the St. Anthony Main. An Oscar nominee for Best Documentary Feature Film, this is a love story – not romantic love, but respect and friendship, mutual admiration and shared passion love. Here’s what we thought when we saw it in January. FMI including times, trailers and tickets. 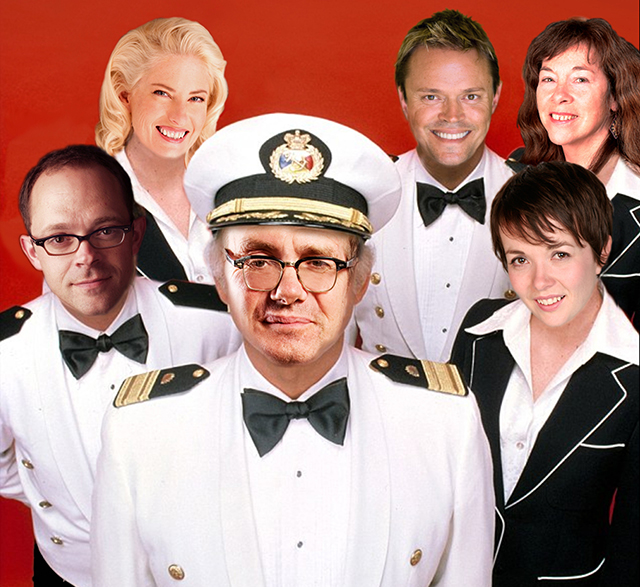 Kevin Kling will captain the “Love Show” at O’Shaughnessy on Valentine’s Day.

Wednesday through Saturday at the Lab Theater: “Cabarave: Love Languages.” Burlesque, aerial arts, live music and dancing. We saw the Lab’s “Light the World” at Christmastime and it was a blast. 8 p.m. all nights. FMI and tickets ($30).