Michelle Hensley, founding artistic director of Ten Thousand Things Theater, likes to welcome audiences and give a little heads-up on what we’re about to see. Last weekend in the community room at St. Paul’s ELCA of Minneapolis, one of the venues for TTT’s new show, “Park & Lake,” she kept it short and simple. “In these crazy times, we all need to laugh,” she said. And “The audience will determine the ending.”

Set in a car wash called “Park & Lake” (the real Park & Lake is just a few blocks away from the church), featuring an unseen but sometimes heard supernatural creature called the Octopus (a popular name for car wash chains, because “many arms to serve you”), the play is a pile of silliness with a heart of gold. It was devised by the cast (eight veteran TTT actors playing 15 roles) and longtime TTT playwright-in-residence Kira Obolensky. Theater heavies Sun Mee Chomet, Kurt Kwan, Joy Dolor and Randy Reyes helped to create the characters. Hensley and Luverne Seifert co-directed.

With that many cooks in the kitchen, it’s wrong to expect that the play will make much sense, so leave that at the door. You won’t miss it.

The story, loosely: Manny (Eric “Pogi” Sumangil) is the ambitious, penny-pinching owner of a car wash with a ragtag crew so poor they share a company-owned apartment with bunk beds. When Manny decides to sell to a corporation, Byronaise Lemon (Thomasina Petrus), a reporter working undercover as a dog washer, urges the workers to exercise their “right of first refusal” and buy it themselves. All they need is $100K, and quickly.

We learn along the way that Greeken (Stephen Cartmell), who fled the Bosnian war, isn’t as menacing as he seems. That Jack (Kimberly Richardson) is a gentle, fragile soul. That J (H. Adam Harris) reads James Baldwin all the time. That Teela (Petrus again) aspires to be a singer. That Lolly (George Keller) is having an affair with the married Manny. (Except for that, she’s probably the most competent of the bunch.) That Dale Selby (Luverne Seifert) – get it? Selby-Dale? – is a peaceful dude. That Pony Boy (Karen Wiese-Thompson) and Nurse Judy (Karen Wiese-Thompson) are twin sisters who don’t get along, and Judy’s hot new car was financed by questionable means. That hope is not hopeless.

Presented in the round under bright lights, the TTT way, “Park & Lake” is a whirl of activity, with multiple scenes, costume changes in plain sight and cast members moving props around. Cars, customers and characters come and go. There’s a fake dog in a purse and a taxidermied squirrel in a dress. The octopus groans its oracular messages from somewhere in the pipes above, thanks to sound and music man Theo Langason.

The audience laughs often and hard. Big belly laughs. Guffaws. Looking around the house, because the lights in a TTT play stay on and no one can hide, we saw happy, smiling faces.

Two endings are offered, a selfish and a selfless, but we can’t imagine the first has ever been chosen. It’s kind of a reminder that given the chance to do good, most people will.

Now at the Mixed Blood: “Two Mile Hollow.” In this Theater Mu-Mixed Blood co-production, a wealthy, dysfunctional and totally Caucasian family has gathered for a weekend at their beach house. Except the cast is Asian-American. Directed by Randy Reyes, Leah Nanako Winkler’s comedic parody forces a reset of our mainframes. With Sun Mee Chomet, Meghan Kreidler, Eric Sharp, Sherwin Resurreccion and Kathryn Fumie. For ages 16 and up. FMI and tickets ($5-50 pick-a-price); 651-789-1012. Closes March 4. 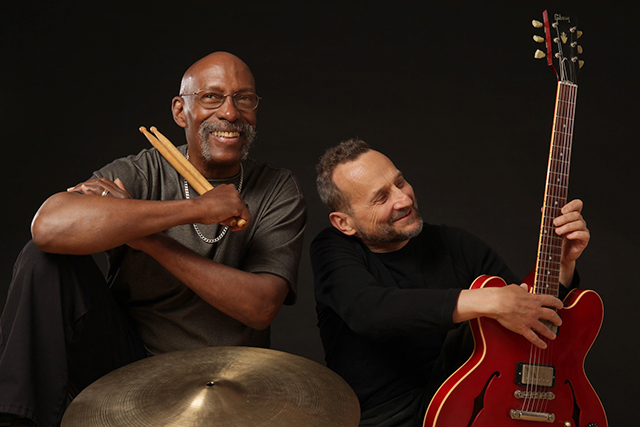 Tonight (Friday, Feb. 23) at Crooners: Eric Kamau Gravatt and Dean Magraw. In 2014, Gravatt and Magraw released an album on Red House called “Fire on the Nile.” It was an unlikely team – the fierce jazz drummer (Weather Report, McCoy Tyner), the folksy label (Greg Brown, Claudia Schmidt) and the cosmic guitarist – but it worked. The Dunsmore Room at Crooners is a perfect place to hear them make their magic. This performance is part of Crooners’ new late-ish night Fridays series. 9 p.m. FMI and tickets ($12); 763-760-0062.

Monday at the Anoka County Library – Rum River: Club Book: Peter Geye. A Minnesota native, Geye has written three best-selling novels set in and around the fictional North Shore town of Gunflint: “Safe from the Sea,” “The Lighthouse Road” and his latest, “Wintering,” which won the 2017 Minnesota Book Award for Novel and Short Story. 7 p.m. Free. 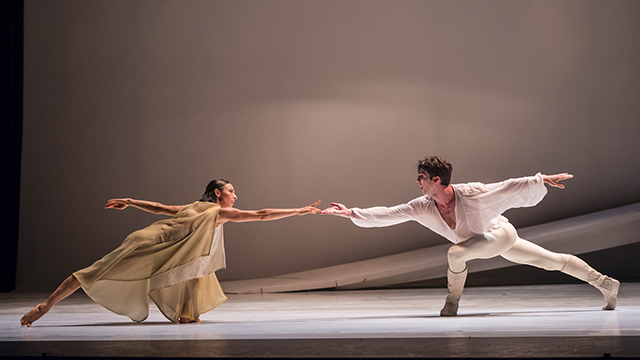 Photo by Alice Blangero
Les Ballets de Monte-Carlo performing “Romeo and Juliet” next Tuesday and Wednesday at the Northrop.

Tuesday and Wednesday at Northrop: Les Ballets de Monte-Carlo: “Romeo and Juliet.” A story that never gets old, told by 50 dancers to a score by Prokofiev. French choreographer Jean-Christophe Maillot has created a two-act version that rewrites the play from the perspective of Friar Laurence, whose good intentions go horribly wrong. This will be Les Ballets de Monte-Carlo’s Northrop debut. 7:30 p.m. FMI and tickets ($30-74); 612-624-2345. Come early (6:15) for a free performance preview in the Best Buy Theater.

Wednesday (Feb. 28) at the Dakota: Donny McCaslin Group. Some of us will know McCaslin as a saxophonist with Maria Schneider’s orchestra; others will ID him as the leader of David Bowie’s Blackstar band. Whatever door you go through, this will be a great show. The other members of his quartet are Jason Lindner on keyboards, Nate Wood on drums and Jonathan Maron on bass. 7 p.m. FMI and tickets ($30-35); 612-332-5299.