The Westminster Town Hall Forum was begun in 1980 by two members of Westminster Presbyterian Church. The first guest speaker was Watergate special prosecutor Archibald Cox. More than 250 speakers have followed in this respected series, always free and open to all. Here’s who we’ll see and hear this spring.

Suzy Hansen: “An American Abroad in a Post-American World.” Hansen is a journalist, author and editor living in Istanbul and writing on Turkish politics and affairs. Her very favorably reviewed book is “Notes on a Foreign Country: An America Abroad in a Post-American World.” Instead of the usual journey of self-discovery, she finds “more of a shattering and a shame.” Thursday, March 22, noon.

Steve Schmidt: “A Candid Look at Today’s Headlines.” A former adviser to George W. Bush and senior campaign strategist for John McCain’s 2008 presidential bid, Schmidt is founder of the Center for Political Communication at the University of Delaware. Tuesday, May 1, noon.

Richard Stengel: “Mandela’s Way: Lessons for an Uncertain Age.” Stengel is a former managing editor of Time magazine and under secretary of state for public diplomacy in the Obama administration. He is co-writer of Nelson Mandela’s book “The Long Walk to Freedom” and author of “Mandela’s Way.” Tuesday, May 22, 7 p.m. (NOTE: Not noon.)

Each forum is preceded by 30 minutes of music and followed by a public reception. MinnPost is a sponsor of the forum.

The Cedar Cultural Center will partner with Somali musician Aar Maanta to produce what’s believed to be the first bilingual album of children’s songs, tentatively titled “Children’s Songs from the Somali Diaspora.” (Aar Maanta is the London-based Somali-Muslim musician whose monthlong residency in Minnesota last October was cancelled because of visa issues.) And the Ordway will commission Rosy Simas (Seneca, Huron Clan) to create “Weave,” a Native dance about the interwoven, interdependent nature of our world.

Each project will include broad community engagement, a requirement of the program. Both Maanta and Simas will hold community forums, workshops, panel discussions and one-on-one conversations. 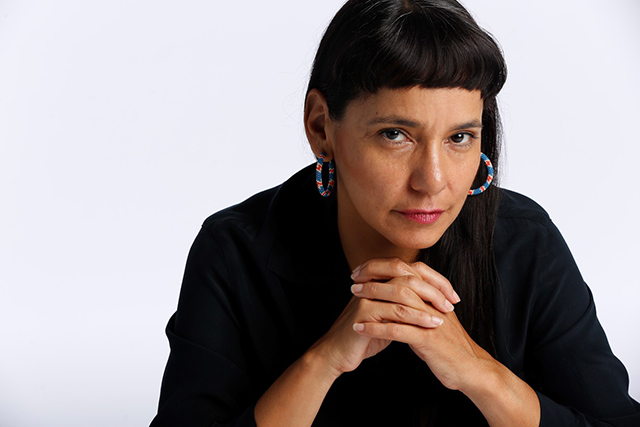 Courtesy of the Joyce Foundation
The Ordway will commission Rosy Simas to create “Weave,” a Native dance about the interwoven, interdependent nature of our world.

Now in its 15th year, the Joyce Awards is the only regional program that recognizes artists of color in the Great Lakes region. To date, more awards have gone to Minnesota – 20 of 59, for $1 million in funding – than any other state.

We’re late in reporting this news, announced in mid-January, but that much closer to the projects’ completion. Simas’ dance will be presented in January 2019 as part of the Ordway’s Music & Movement series. The children’s album will be released and performed live at the Cedar in 2019.

Arts Advocacy Day is a month away

What’s Arts Advocacy Day? Our annual chance to buttonhole our state legislators about how important the arts are to our lives and our economy. Organized each year by Minnesota Citizens for the Arts, it starts with a morning rally at the Minnesota History Center, after which people split up into teams with experienced leaders and walk together to legislators’ offices. Don’t worry, they’re expecting you. And you’ll get all kinds of help knowing what to say. Plus you’ll meet other arts supporters, you’ll have opportunities to network, and you’ll feel good about yourself.

Arts Advocacy Day 2018 will be Tuesday, March 6. Go here to learn more and sign up.

Tonight (Wednesday, Feb. 7) at the Hook and Ladder: Siama’s Congo World Quartet. Hear live music, drink beer, dance, get warm, sing along in Kikongo, Lingala and Swahili. With Siama on acoustic guitar, mbira (thumb piano) and vocals, Jacqueline Ultan on cello, Tim O’Keefe on percussion and harmonica, and singer Dallas Johnson, this will be a night of upbeat soukous hits and the sounds of DR Congo. Doors at 6 p.m., music at 7. 21+. Free. 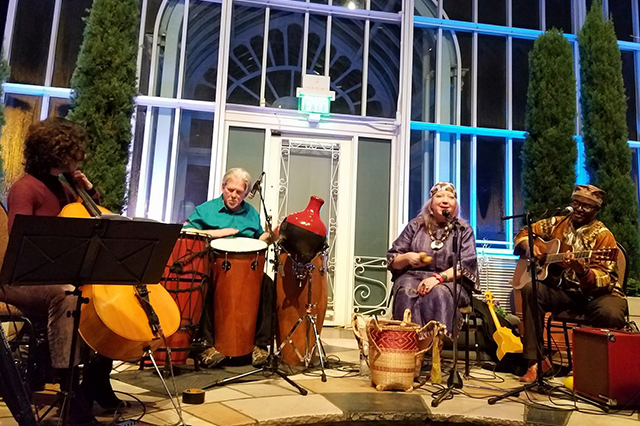 Thursday at Mia: “Native/American: A Discussion about Native American Art as American Art.” Why are Native American art and American art separated in museums? Why are they not  shown and taught together? Should they be placed side-by-side? Why or why not? At Mia, which is doing a lot of interesting things lately, curators have started collaborations in the galleries that seek points of common ground. Panelists for this discussion will be film director G. Peter Jemison, founding director of the American Indian Community House Gallery in New York City; Kathleen Ash-Milby, a member of the Navajo Nation and an associate curator at the Smithsonian National Museum of the American Indian in New York; and Mia curators Robert Cozzolini and Jill Ahlberg Yohe. In the Pillsbury Auditorium. 6:30 p.m. FMI and registration ($10/5).

Monday and Wednesday at Bryant-Lake Bowl: Fringe Presents “Couple Fight: Best Of.” Watch real couples re-enact real fights in a celebration of real relationships, just in time for Valentine’s Day. “Couple Fight” was the No. 1 selling show in the 2017 Minnesota Fringe Festival and a top seller from 2015 and 2016. Staging it at BLB is one of the Fringe’s new programs for 2018, its 25th year, which also include Fringe with Benefits, a year-long membership. 7:30 p.m. both nights. FMI and tickets ($18/$15).

Berlin-based artist Nils Frahm is on a world tour with his latest, the drop-dead-gorgeous “All Melody,” released Jan. 26. U.S. dates started selling out before the album dropped. Some of us will remember seeing Frahm with Dawn of Midi at the Amsterdam in a 2014 Liquid Music show. The Cedar expects a full house when Frahm plays there on Tuesday, March 27. Doors at 7 p.m., show at 8. Seated show, all ages. FMI and tickets ($30 advance, $35 day of show).