Get ready. Dee Dee Bridgewater is coming to town, and she will deliver. Soulful, daring, a diva to the core, the two-time Grammy winner, Tony winner and National Endowment for the Arts Jazz Master – one of the very few women in that exclusive club – will headline the 2018 Twin Cities Jazz Festival, now in its 20th year.

Bridgewater’s career spans 50 years and 21 albums to date. She sang with the legendary Thad Jones/Mel Lewis orchestra in the 1970s, appeared on Broadway in “The Wiz,” moved to France, moved back, and released a string of recordings that put her on the map: her Horace Silver tribute “Love and Peace”; the Grammy-winning “Dear Ella”; a collection of songs by Kurt Weill; songs associated with Billie Holiday; the masterful “Red Earth,” recorded in Mali, with songs from her own African and Malian ancestry. She’s been out with her latest, “Memphis … Yes I’m Ready,” an homage to her hometown, and that’s what we’ll hear in Mears Park. We’ve seen parts of her “Memphis” show, and it’s powerful stuff. People will be on their feet, dancing and screaming, and isn’t that what a summer music festival is for?

Four headliners were announced. Two of the other three are strong known performers. Saxophonist, composer and bandleader Tia Fuller tours with Beyoncé, teaches at Berklee and heads her own quartet, with four albums so far. She’s a very fine artist, exciting to see and hear. Over his 50-year career, the esteemed tenor saxophonist and bandleader Houston Person has played with Etta Jones, Ron Carter, Ray Drummond and many other jazz greats. His latest, “Rain or Shine,” came out in 2017.

Count on jazz fest Executive Director Steve Heckler to throw us a curveball. This time it’s the fourth headliner, billed as “New Orleans emerging artist Nayo Jones.” She made her New Orleans Jazz Fest debut in 2012 and has returned every year since. Plus she’s been touring with Kermit Ruffins. This will be her first time performing in Minnesota.

The Twin Cities Jazz Festival will take place June 21-23 in Mears Park, on the lawn at Union Depot, in TPT’s public space and nearby clubs, bars and studios. The complete schedule will be announced later this spring. The event remains free and open to all.

Tonight (Thursday, March 22) through Sunday at Studio Z: Zeitgeist’s 8th Annual Early Music Festival: Julius Eastman. Last year, it was Lou Harrison; the year before, Morton Feldman; the year before that, Karlheinz Stockhausen. The new music ensemble Zeitgeist has formed the annual habit of exploring and celebrating the contributions of musical pioneers. Eastman was an African-American minimalist composer of the 1970s and ’80s whose enormously influential music was lost after his death in the 1990s and has been recently recovered. Over four days, the musicians of Zeitgeist and guests including Eri Isomura, Bjorn Grina, Joan Hutton, deVon Russell Gray, Davu Seru, Michelle Kinney and Joe Horton will perform seven of his works. 7:30 p.m. Thursday-Saturday, 2 p.m. Sunday. FMI, schedule and tickets ($10-15; festival pass $40). 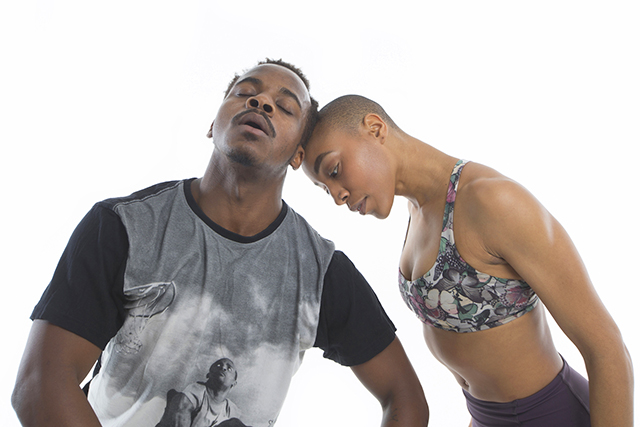 Friday at the O’Shaughnessy: Camille A. Brown & Dancers: “Ink.” The Doris Duke Artist Award-winning choreographer returns to the O’Shaughnessy with the third and final part of her trilogy about identity. (The first two parts, “Mr. TOL E. RAncE” and “BLACK GIRL: Linguistic Play,” were performed here in 2015.) Infused with the rhythms and sounds of traditional African and handmade instruments, traveling through time with elements of blues, hip-hop, jazz and swing, “Ink” examines the culture of black life that is often appropriated, rewritten or silenced. Two members of the troupe, Vie Boheme and Maleek Washington, danced at the Walker’s most recent Choreographers’ Evening in November. 7:30 p.m. FMI and tickets ($15-34); 651-690-6700.

Friday and Saturday at the Ted Mann: Twin Cities Gay Men’s Chorus: “Rise Up!” Music of civil rights movements from around the world, past and present, including “Glory” from the movie “Selma,” “Still I Rise” from the poetry of Maya Angelou, “Til It Happens to You,” “I Can’t Keep Quiet” from the 2017 Women’s March (performed by singers from the Twin Cities Women’s Choir), and the Minnesota premiere of “Seven Last Words of the Unarmed,” based on the final words of seven unarmed black men who died at the hands of authority figures. With guest artistic director Jane Ramseyer Miller of One Voice Mixed Chorus. 8 p.m. FMI and tickets ($30-53); 612-624-2345. Mature content and subject matter. 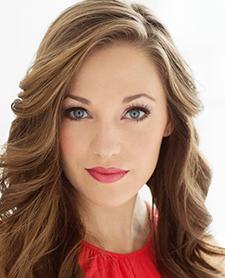 Monday at the Pantages: The 24 Hr. Plays. Six playwrights, six directors, 24 actors and a musical guest will create six new short plays in a single day and perform them that night before a live audience. Will they be any good? No one knows. But the cast is promising (to drop some names: Betti Battocletti, Warren C. Bowles, Jeremy Cohen, Chase Masterson, Tyler Michaels, Joel McKinnon Miller, Hope Nordquist, Stephen Yoakam), the Hornheads are the musical guests (they played with Prince) and Minnesota-born-and-raised Broadway star Laura Osnes will host, so this looks like a safe bet. Presented by Hennepin Theatre Trust and UMD’s School of Fine Arts. 7:30 p.m. FMI and tickets ($35-100).