Paula Vogel’s play “Indecent,” now at the Guthrie, is so beautiful, so important and timely, so hilarious and heartbreaking that it would be a shame to miss it. We wish we could have seen it earlier and written about it sooner. But 18 performances remain, starting tonight (Friday, March 9), so there’s still time to catch if it you can.

“Indecent” is a play about another play from history. In Poland in 1906, Sholem Asch wrote a play in Yiddish called “God of Vengeance” in which the teenage daughter of a Jewish brothel owner falls in love with one of her father’s prostitutes. It was a hit in Europe. It came to the States and ran in Yiddish on the Lower East Side for 10 years. Then it was translated into English and opened on Broadway, bringing the first lesbian kiss to the Great White Way. Reported by a rabbi fearful that the play was bad for Jews in a period of rising anti-Semitism and immigration quotas, it was shut down. The producers and cast were arrested for obscenity.

Asch’s play ends with the brothel owner denouncing his daughter. “Indecent” might have ended with the arrests, but Pulitzer Prize winner Vogel tells a bigger story. Lemml, the stage manager, who has been with the play from the start and claims that it changed his life, returns to Europe with many members of the acting troupe. Asch stays in the States, writing novels. “God of Vengeance” is performed in the streets of Krakow and eventually an attic in the Lodz ghetto, where the dwindling cast wears yellow stars and eats crumbs off the floor. Then we see them in a long line, moving toward death.

But it’s still not over. In 1952, Asch is at home in Connecticut when an eager young playwright from Yale stops by, praising “God of Vengeance” and vowing one day to present it. Asch is indifferent. He’s been called before the House Un-American Activities Committee and has decided to move to England. He’ll die there in 1957. “I have lost audience members,” he tells the young man. “Six million have left the theater.”

Sorry for the spoilers – we usually don’t do that – but knowing what happens in “Indecent” frees you to watch how it happens. (PBS recently aired the Tony-winning Broadway production on “Great Performances.” We saw that before the Guthrie’s show and it didn’t hurt a bit.) The Broadway set is bare-bones, the Guthrie’s far more detailed: a grand old theater that has seen better days, with worn floorboards and seats, yellowed plasterwork, and a large oculus in the ceiling, open to the sky.

The cast of seven, plus three musicians, plays somewhere around 40 characters. And what a cast! Ben Cherry carries much of the weight as Lemml; he was an understudy on Broadway. Playing multiple roles are Gisela Chipe, making her Guthrie debut; Robert Dorfman, who has walked the Guthrie’s boards many times; the marvelous Steven Epp of The Moving Company and Theatre de la Jeune; Hugh Kennedy, often at the Guthrie; Miriam Schwartz, who has acted for the Minnesota Jewish Theatre and Workhaus Collective; and the one and only Sally Wingert, veteran of more than 90 productions, fully in her prime, who can and does command attention by raising her little finger.

“Indecent” is a play with music – not a musical, but with music woven through it, performed by Spencer Chandler on accordion; Lisa Gutkin, Grammy-winning violinist, singer and songwriter of the Klezmatics; and clarinetist Pat O’Keefe, longtime member of the new chamber music ensemble Zeitgeist.

As you enter the theater, the cast is seated on stage, perfectly still, staring out at the audience. The play begins when the actors rise and ashes stream from between their fingers. Singing and dancing, joy and sorrow, raised voices and tender moments follow. In one scene, the dramatic final seconds of “God of Vengeance” are repeated again and again while the cast scurries around the stage, as if performing in different theaters. This shows the play’s progression from city to city across Europe.

Projections on walls tell us dates and places, and whether the characters are speaking in Yiddish (what we hear is clear English) or in English (heavily accented English; “hair” is at first “howr” and eventually “hay-air”). To help us keep up with the passage of 42 years, Vogel developed a device she calls a “blink in time.” As the words “blink in time” are projected, we hear a sound that ends in a metallic screech. (That sound is a bit too loud, by the way, and painful to those with tinnitus.)  The love scenes between the two women are as far from prurient as they can possibly be.

The movement and songs, words and sounds carry you effortlessly through the play’s hour and 50 minutes. There’s no intermission. There are many wonderful moments, some deliriously happy, and others so sad it’s hard to breathe. We’ve long wished that theaters would give us a minute or two after plays end before flipping on the house lights. This would be a good one for that.

It was no accident that “Indecent” opened on Broadway in 2017. We’re living in our own time of rising anti-Semitism, immigration quotas and homophobia. If art is one way to shake people awake, we can’t waste a minute. In one scene, set shortly after “God of Vengeance” has been shut down, Asch is talking with his wife, Madje. She’s urging him to make an appearance in the courtroom and defend his play. Asch, who has been to Europe and seen the beast, tells Madje, “It’s coming. It’s coming here.” She replies, “No. It won’t happen here. We’re safe here.” 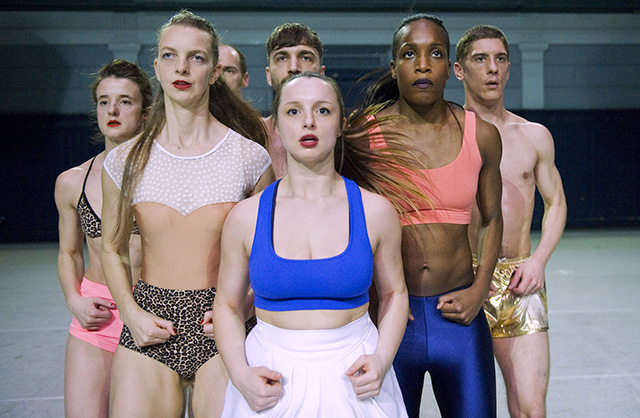 Photo by Piet Goethals
“The Dog Days Are Over”

Tonight and Saturday at the Walker: Jan Martens: “The Dog Days Are Over.” An hour-long work in which eight dancers perform one physical action: the jump. Minimalism meets politics, geometry, strength and edurance. Who can jump for an hour? 8 p.m. FMI and tickets ($25/20 members). 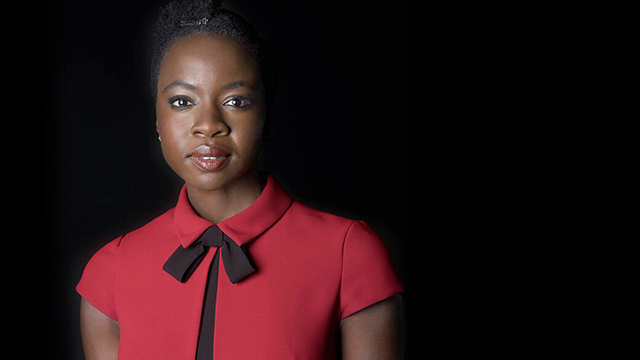 Courtesy of the Guthrie
“Familiar,” by playwright/actress Danai Gurira, opens Saturday at the Guthrie Theater.

Monday at the Film Society’s St. Anthony Main Theatre: National Theatre Live: “Hamlet.” With Benedict Cumberbatch as you-know-who. What, you haven’t seen this yet? It’s only, like, the third time it’s been around. Maybe because it’s probably the most popular National Theatre Live in Film Society history, second only to “Frankenstein” starring Benedict Cumberbatch. 7 p.m. Also Wednesday at 1 p.m. and Saturday (March 17) at 1 p.m. FMI including times, tickets and trailer.