Which would you rather do, climb El Capitan without a rope or be a monologist? Tough call. At the Guthrie, Mike Daisey is currently in the midst of an 18-show run of two-hour monologues on American history. Each one is different. He talks nonstop, with no script and few notes. It’s a mighty feat of endurance, imagination, preparation, sheer will and theater. When we first heard about it, we were tempted to sign up for the whole thing, to be able to say one day that we were there when Mike Daisey did “A People’s History.”

Performing 18 unique monologues isn’t even Daisey’s biggest deal. In 2013, he delivered a new monologue at Joe’s Pub in New York City every night for 29 nights. That show was titled “All the Faces of the Moon.” He’s been called a modern-day Scheherazade, a modern-day Mark Twain, a worthy successor to Spalding Gray and the preeminent monologist in the American theater today. You can see him on the Guthrie’s Level 9 for $9, and if you can, you should.

On the night we did, Daisey talked about the years leading up to the American Civil War, and how most history books ignore many important events we should know about. His starting point for “A People’s History” was Howard Zinn’s “A People’s History of the United States,” a popular but contentious title Zinn himself described as “disrespectful of governments and respectful of people’s movements of resistance.”

Daisey began by talking about his years living in a Brooklyn brownstone, a dungeon with two small windows, below his landlord Donna and her daughters. The rent never went up, but one of the daughters came down when Daisey and his wife were away on tour and used their apartment, leaving evidence you don’t want to explain to a child. “The production contains mature language,” says the content advisory on the Guthrie’s website.

Daisey segued from that colorful tale into the Anti-Renter Movement that began in 1839, part of the run-up to the Civil War that never appears in history books. “Books are long,” he commented dryly. “You have plenty of room for this.” He characterized that movement as the beginning of class consciousness in America, “and history books say ‘So what? Here’s Gettysburg!’ ”

He riffed on industrialization, the birth of the bourgeoisie, the problem of the two-party system (especially when “one of the parties LOSES ITS MIND”), Daniel Webster and the rise of the corporations, railroads, trade unions, monopolies, how law enforcement works to turn groups against each other, and Reconstruction. To name just a few points where he touched down.

Manically but fluidly, his voice rising and falling, Daisey moved from topic to topic, tying ideas together and occasionally inserting a summary statement – such as “If you remember nothing else, please remember that rich white people have never done anything for anyone but themselves. Every time you think they have, look closer.” And “When people have power over you, the easiest thing to do is erase you.” And, post-Civil War, “[the North] made the choice to **** the South, and we’re still paying for it.”

It’s theater. It’s a trip. It’s a history lesson not taught in classrooms, with an overarching theme: If we had learned these things instead of, or along with, other things, and if we had paid attention, we might not be in the fix we are today.

“The People’s History of the United States” continues through March 31 in the Dowling Studio. FMI and tickets ($9). No late seating, no intermission. Not for kids.

Friday through Sunday at HUGE Improv Theater: 3rd Annual Black & Funny Improv Festival. Evening performances by improv groups of color, plus panel discussions and workshops during the days. Performers include Portland’s Broke Gravy, the Asian-American Chicago-based comedy group Stir Friday Nights, My Momma’s Biscuits, Atlanta’s Red Pill Players, and Some People and Blackout Improv, both based here in Minneapolis. For the final performance Sunday, “Black and Funny: The Improvised Musical,” cast members from across the festival will present a never-before-seen musical based on audience suggestions. FMI and tickets ($15 performances, $50 workshops, panels free). 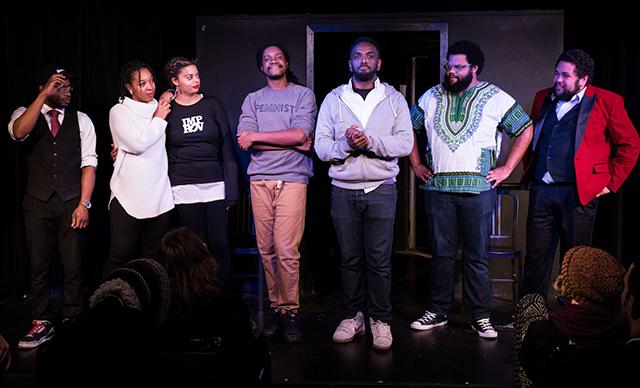 Courtesy of the artists
Blackout Improv

Friday through Sunday at Uppercut Boxing Gym: Nora Chipaumire: Portrait of Myself as My Father. The Walker’s performing arts season goes site-specific for a dance-ritual that’s part combat, part jest. Wearing boxing gloves, African talismans and football pads, Zimbabwe/New York-based choreographer Chipaumire trades jabs with the specter of her estranged father as he fights against prejudice, social pressure, and the weight of history. This will be loud, with mature content, strong language and partial nudity. 8 p.m. FMI and tickets ($25/20).

Sunday at Macalester College: 4th Annual Gary Erickson Empty Bowls Fundraiser. Formerly the Macalester Empty Bowl Fundraiser, this event was renamed in honor of ceramics professor Gary Erickson, its founding organizer, who died in 2016. Come for a simple meal of soup, bread and a cookie; leave with a handmade ceramic bowl as a reminder that someone’s bowl is always empty. If you can, make a generous donation; all proceeds benefit Neighborhood House Food Market. In the Janet Wallace Fine Arts Center. 11 a.m.-2 p.m. FMI. $10 suggested donation. 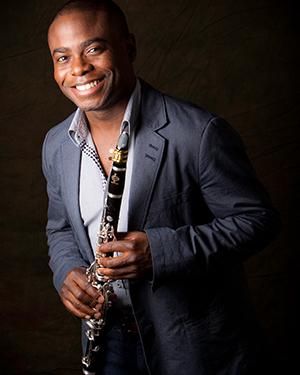 Sunday at Hamline’s Sundin Hall: Anthony McGill. McGill is the new principal clarinet of the New York Philharmonic, best known to the rest of the nation for performing at President Obama’s 2009 inauguration alongside Yo-Yo Ma, Itzhak Perlman and Gabriela Montero. He’ll play here alongside Chamber Music Society of Minnesota artists Ariana Kim, Young-Nam Kim, Sally Chisholm and Anthony Ross. The program will include clarinet quintets by Brahms and Mozart. 4 p.m. FMI and tickets ($25/20/15).

Tuesday at Aria: Schubert Club Mix: Colin Currie. Before trumpets, violins and pianos, humans made music by beating on things. Arguably the world’s greatest living percussionist, and a champion of new music, Currie will give a solo recital on many instruments, with works by Elliott Carter, Per Nørgård, Toshio Hosokawa, Bruno Mantovani, Iannis Xenakis and Karlheinz Stockhausen. For Rolf Wallin’s “Realismos Mágicos,” actor Bradley Greenwald will read from Gabriel García Márquez. Currie’s performances are physical workouts as well as musical revelations. 7:30 p.m. FMI and tickets ($31); 651-292-3268. Lucky us, we can see him twice in the same year; he’ll return in March 2019 to perform with the Minnesota Orchestra.