Announced Wednesday afternoon, the Guthrie’s 2018-19 season will feature a world premiere, two commissions, an adaptation by Joseph Haj, an evergreen musical, and lots of women. Four of the nine plays were written by women, including two MacArthur fellows; three of the four directors announced so far (five are TBA) are women.

Sept. 15-Oct. 27 on the thrust stage: Barbara Field’s “Playing With Fire,” based on Mary Shelley’s Frankenstein, was commissioned by the Guthrie and toured widely in 1988 (as “Frankenstein”). It imagines a meeting in the Arctic Circle between a dying Victor Frankenstein and his creation.

Oct. 27-Dec. 16 on the proscenium stage: Michael Frayn’s backstage farce “Noises Off” will make its Guthrie debut. Yes, it was recently at Artistry in Bloomington.

Nov. 13-Dec. 29 on the thrust stage: In its usual holiday spot, the 44th annual production of Dickens’ “A Christmas Carol” isn’t part of the mainstage subscription season, but it is a big part of many people’s holidays. Lauren Keating will direct Crispin Whittell’s adaptation.

Jan. 12-Feb. 10, 2019 on the proscenium: Lauren Yee’s “The Great Leap” is in the final days of its world premiere in Denver as we write this, getting good reviews. It’s a play about basketball and Tiananmen Square, based on tales Yee’s father told. This will be Yee’s first play at the Guthrie.

March 16-May 5 on the proscenium: Edmond Rostand’s “Cyrano de Bergerac.” “Cyrano” was at the Guthrie in 1985. Haj will direct his own adaptation, produced at Playmakers in 2006. He said at the time that other versions are “overwrought, don’t let actors carry the play, and needed contemporary taste.” This will also be Haj’s first time directing on the proscenium stage.

April 13-May 19 on the thrust: Mary Zimmerman’s “Metamorphoses,” based on the myths of Ovid. MacArthur fellow and Tony-winning director and playwright Zimmerman was last at the Guthrie in 2014 with “The White Snake.” The play will be performed in and around a large pool of water. Zimmerman will direct her own work. 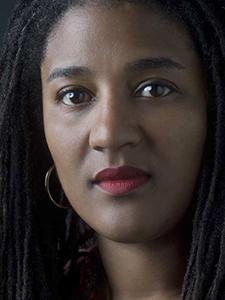 July 27-Aug. 25 on the proscenium: Lynn Nottage’s “Floyd’s.” We’ll have to wait till the very end of the season for the world premiere of a Guthrie commission by the MacArthur fellow and two-time Pulitzer winner. Kate Whoriskey will direct. Nottage’s “Intimate Apparel” was produced at the Guthrie in 2005.

The Level Nine series in the Dowling Studio, which has gained considerable steam since Haj’s arrival, with support from the Mellon Foundation, will be announced this spring.

Announced last week, when Artscape was on break, the Ordway’s new Broadway Series (formerly the Musical Theater Series) is a parade of feel-good productions, plus the chance to see a hit musical in the making.

Dec. 5-30: “Elf the Musical.” Buddy is way bigger than the other elves, plus he’s terrible at making toys. Why? Because he’s human! Christmas fun at a time when the lights in Rice Park will be twinkling.

April 2-7: “Monty Python’s Spamalot.” The one with flying cows, killer rabbits, and taunting Frenchmen, knights and the Holy Grail. Always look on the bright side!

June 12-23: “Bat Out of Hell: The Musical.” A hit in London and Toronto, powered by a multimedia staging and Meat Loaf’s music.

July 23-Aug. 11: “42nd Street.” The classic tale of a wide-eyed ingénue who taps her way to Broadway has been re-imagined for a 21st-century audience.

And tucked between Sweden and the North Pole on Nov. 17-18: “Dolly Parton’s Smoky Mountain Christmas Carol.” A sneak peek, concert-style staged reading of a new musical with an original score by superstar Parton, featuring a live acoustic band. It’s not part of the regular season, but priority tickets are available to subscribers.

Subscriptions are available now; 651-224-4222. On-sale dates for single tickets will be announced later.

Tonight (Thursday, March 8) through Sunday at the Dakota: Charles Lloyd’s 80th Birthday Residency. During the ’60s, saxophonist Lloyd shared concert billing with the likes of the Grateful Dead and Jefferson Airplane. His life was in the fast lane and he didn’t like it, so he retreated into solitude and meditation in Big Sur. Emerging in the ’80s, he has set the highest of bars ever since, performing, touring and recording with top musicians. Hearing him live is a spiritual experience, and that is not an exaggeration. He’ll play seven sets over four nights: one with his sublime trio Sangam, with tabla master Zakir Hussain and drummer Eric Harland (tonight at 7 p.m.); four with his new group the Marvels, with guitar god Bill Frisell and country-rock superstar Lucinda Williams (Friday and Saturday, 7 and 10 p.m.), and two with his New Quartet  featuring Kennedy Center Artistic Director for Jazz Jason Moran on piano, Reuben Rogers on bass and Harland on drums (Sunday at 6 and 8 p.m.). Nothing compares. FMI and tickets ($40-125); 612-332-5299. 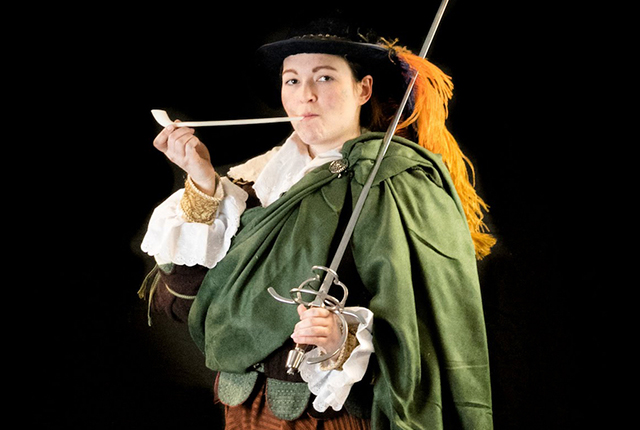 Photo by Lou Bedor III
Meredith Kind as Moll Cutpurse in “The Roaring Girl” at the Gremlin.

Now at the Gremlin: “The Roaring Girl.” Classical Actors Ensemble – which performs only English Renaissance dramas – has found one that should resonate with women today. The Roaring Girl of the title is Moll Cutpurse, who wears men’s clothing, smokes, fights, and leads an independent life in the early 17th century. A cast of 19 takes on the overlapping plotlines; CAE makes it as period as possible with live music, open staging and direct interplay with the audience. Best for ages 12 and up. 7:30 p.m. tonight through Saturday, 2 p.m. Sunday. FMI and tickets ($16-40 sliding scale); 651-321-4024. Ends March 18.

Friday and Saturday at the Cowles: St. Paul Ballet: Fifth Anniversary Best. A program of audience favorites spanning five seasons includes “Locked Key” by Zoë Emilie Henrot, about the circular nature of human psychology; the one-act story ballet “Bella Luna” by Peter Davison, a Tristan and Isolde-inspired tale of tragic love; and either Joseph Morrissey’s fast and furious “Suite for Strings” or Kinsun Chan’s “Shifts,” inspired by the shape of the cello. You won’t know which until the night-of. 7:30 p.m. FMI and tickets ($26-36).

Saturday at Mindekirken, the Norwegian Lutheran Memorial Church: Unison Piano Duo. Four hands, one piano. Du Huang and Xiao Hu, both on the faculty at Luther College, have mastered the art and performed in concert halls around the world. It’s a fascinating combination of virtuosity and not crashing into each other; take a look. Presented by the Edvard Grieg Society in a church that still holds Sunday services in Norwegian, the program will include music by Grieg and Bartok. A reception at Norway House next door will follow. 7:30 p.m. FMI and tickets ($20; students free with ID).

Saturday at Hopkins High School: JazzMN Orchestra: The Commission Project. Hear the concert that will lead to JazzMN’s next CD. The great Twin Cities band, now in its 20th year, commissioned new works from prominent composers across the U.S. who have written for the Lincoln Center Jazz Orchestra, Stan Kenton, Woody Herman, Dizzy Gillespie and others.  The program will also include music by Twin Cities composers Dean Sorenson and Adam Meckler and jazz classics by Sinatra and Michael Buble, featuring vocalist Andrew Walesch. 7:30 p.m. in the auditorium. FMI and tickets ($31/33; special pricing for students). Plentiful free parking.

Next Guthrie season: From ‘Cyrano’ to ‘Playing With Fire’ and ‘Floyd’s’