Donald Margulies’ play is 22 years old, but it could have been written yesterday. The questions it raises – about authenticity, identity, cultural appropriation, and if it’s ever OK for one person to steal another’s story – are ones we’re asking today, with more heat.

In “Collected Stories,” now at the Minnesota Jewish Theatre Company, Maggie Bearmon Pistner and Ashley Rose Montondo turn in strong, layered performances as Ruth Steiner, a successful Jewish author, and Lisa Morrison, her klutzy but gifted protégé. Our first clue that Lisa sees Ruth as more than a mentor comes when Lisa says, “You were lucky. You had all that rich, wonderful Jewish stuff to draw on. … What do I have? WASP culture. Which is no culture at all.” To which Ruth replies, in one of many acid zingers, “Oh, really? Tell that to Cheever and Updike.”

Ruth’s stories are more interesting to Lisa than her own. Why not use them? And don’t bother running that idea by Ruth. After all, Ruth is always saying, “Don’t tell me about it, write it. … Telling takes away the need to write. It relieves the pressure.”

The play is all conversation between the two women. Over time, their relationship shifts. Lisa becomes Ruth’s assistant; they are teacher-student, employer-employee, mother-daughter, friends, rivals. In what she assumes is a conf­­­­­­­­­­­idential moment, Ruth shares the story of her long-ago affair with poet Delmore Schwartz (a real person; we occasionally hear his voice and some of his poetry). Then Lisa bases her first novel on Ruth’s life.

The setting is Ruth’s sixth-floor Greenwich Village apartment. Filling it with books, art, a messy writer’s desk and comfortable chairs, scenic designer Michael Hoover makes it so inviting you don’t mind spending the evening there. It’s also thoroughly convincing. In the play’s first few moments, as Ruth struggles to open a sticky window, she leans out the opening and some audience members gasp. We’re already believing she’s high above the ground.

See this if 1) you enjoy plays about writers/artists, 2) you like smart, talky plays, 3) you want to explore the topic of appropriation, 4) you’ve wondered about Montondo. She made the news in 2013 when she stepped into the lead role of Elizabeth Bennet in “Pride and Prejudice” at the Guthrie, after Erin Krakow backed out for a TV series the day before rehearsals were set to begin.

Tyler Michaels grabbed everyone’s attention in 2014, when he dropped down a rope into an audience member’s lap in Theater Latté Da’s “Cabaret.” (We were just talking about that with someone on Saturday night.) He’s held it ever since with performances in “The Little Mermaid” at the Chanhassen,” “My Fair Lady” and “A Midsummer Night’s Dream” at the Guthrie, “Peter Pan” at the Children’s Theatre and “West Side Story” at the Ordway, to name a few. Through Sunday, March 18, you can find him in Latté Da’s production of Sondheim’s “Assassins” at the Ritz, where he’s Lee Harvey Oswald.

Apparently he’s not busy enough, because in late 2016, he founded Trademark Theater with the goal of making new theater in Minnesota. Its debut production in May 2017 was “The Boy and Robin Hood,” an ambitious play with music inspired by 15th- and 16th-century ballads. Later that year, Trademark gave work-in-progress presentations for “The Hollow,” adapted from Washington Irving’s short story “The Legend of Sleepy Hollow,” and an original work called “Understood.” 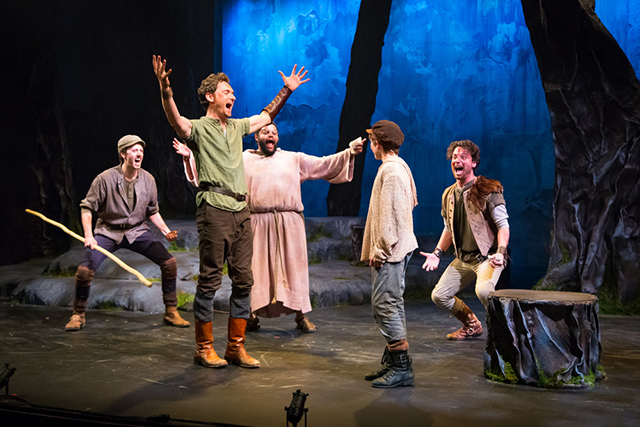 Courtesy of Trademark Theater
A scene from “The Boy and Robin Hood.”

Both will be part of Trademark’s 2018 season, announced Monday. “Understood” will have two workshop readings at the Playwrights’ Center in April and open as a world premiere in October in the Grain Belt Studios (which also houses Dark & Stormy Productions). “The Hollow” will be a live concert at the Hook and Ladder in September.

Written by Tyler Mills, Trademark’s artistic associate and resident playwright, and directed by Michaels, “Understood” asks the question, “In a world fractured by party lines, rigid beliefs, and divided communities, how can we communicate and, more importantly, understand one another?” Michaels will direct the premiere run, which will coincide with the 2018 midterm elections.

“The Hollow” will feature original songs from the play, still in development, performed by Jenna Wyse and Joey Ford, members of local bands The Poor Nobodys and Tree Party.

Tonight (Tuesday, March 13) at the Ordway Concert Hall: Accordo with Silent Film. In what has become an annual event, the chamber group Accordo will be joined by composer Stephen Prutsman for an evening of silent films accompanied by live music. The program will include Lotte Reiniger’s “Cinderella” (1922), with music by Karim Al-Zand, and Buster Keaton’s “College” (1927), with music by Prutsman, who will be at the piano. With Ruggero Allifranchini and Kyu-Young Kim, violin; Rebecca Albers, viola; Anthony Ross, cello. 7:30 p.m. FMI and tickets ($21-32.50).

Tonight and Wednesday at the Dakota: Lean On Me: José James Celebrates Bill Withers. James grew up in Minneapolis, singing jazz at Fireside Pizza in Richfield with his South High music teacher, Denny Malmberg. He signed to Blue Note Records in 2012, where label president Don Was has let him do pretty much whatever he wants. Now based in New York, he performs all over the world. His current tour – no album yet, but one will come, and there are videos – is his personal tribute to singer, songwriter, icon and inspiration Bill Withers. 7 p.m. both nights. FMI and tickets ($30-45).

Wednesday at the Cedar: Omar Sosa and Seckou Keita: Transparent Water Trio. From the first notes, this music elevates everything. Sosa’s latest exquisitely beautiful, deeply spiritual album is a multicultural summit among Cuban-born pianist-composer Sosa; Senegalese kora master Keita; Venezuelan percussionist Gustavo Ovalles; Chinese sheng master (and member of Yo-Yo Ma’s Silk Road) Wu Tong; and Japanese koto artist Mieko Miyazaki. The recording was made in the studio but improvised on the spot. Wednesday’s performance by Sosa, Keita and Ovalles will be, too. We could gush on about how transporting this will be, and what a tonic for the soul, but we’ll leave you with this: doors at 7 p.m., show at 7:30. FMI and tickets ($28/30). 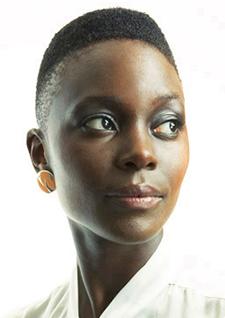 Wednesday at the Amsterdam: Liquid Music: Natalie Joachim: “Fanm d’Ayiti.” The world premiere of a Liquid Music commission and the culmination of a yearlong virtual residency by Haitian American flutist, vocalist and member of Eighth Blackbird and Flutronix. As part of the SPCO’s “No Fiction” festival, she’ll explore Haitian song and the role of women’s voices in Haitian music culture. 7:30 p.m. FMI and tickets ($20/16).

Monday at the Loft: Big Ideas: Kevin Young and Marlon James. Big ideas, big names. Kevin Young, the New Yorker’s new poetry editor, is the author of the Graywolf title “Bunk: The Rise of Hoaxes, Humbug, Plagiarists, Phonies, Post-Facts, and Fake News.” Marlon James is the Booker prize-winning author of “A Brief History of Seven Killings,” among others; his latest project is an African fantasy trilogy, for which we cannot wait. Together they’ll discuss how reality has been distorted and manipulated in America’s history. 7 p.m. at Open Book. RSVP here ($15/10).