Past Sommerfests have looked to Vienna for inspiration. For summer 2018, the focus will shift to South Africa. Announced Friday, the Minnesota Orchestra’s annual summer music festival invites Minnesotans to join the worldwide celebration of Nelson Mandela’s 100th birthday.

How did that happen? In 2014, Music Director Osmo Vänskä conducted the young musicians of the South African National Youth Orchestra. He knew then that he wanted to return to South Africa someday, this time with the Minnesota Orchestra. The year 2018 is Mandela’s centenary. In August, the orchestra will play five cities in South Africa, the first professional U.S. orchestra to tour that country. (As it was, ahem, the first major American orchestra to perform in Cuba in 15 years, in 2015.) Why not start the party here, with South African performers and music? And partner with Books for Africa, based in St. Paul, to collect books for students in Africa? Look for donation areas in the Orchestra Hall lobby starting in July.

Sommerfest 2018 runs from July 13 to Aug. 1. Details are online. Highlights include a July 20 “Celebrating Mandela at 100” concert with the Minnesota Chorale; Insingizi, an a cappella trio from Zimbabwe; and guest speakers. On July 21, an International Day of Music will feature performances on multiple stages in and around Orchestra Hall, Pan-African music and a Pan-African marketplace. A concert that evening will feature the world premiere of South African composer Bongani Ndodana-Breen’s “Harmonia Urbuntu,” a tribute to Mandela, with four South African soloists who will travel and sing with the orchestra on tour.

On July 27, Roderick Cox will lead a pair of Symphony in 60 concerts based on music of peace and reconciliation; on July 28, Sarah Hicks and Sam Bergman will present an evening of orchestral protest music. Grammy-winning South African ensemble Ladysmith Black Mambazo will perform on July 31, and a South Africa Tour Send-Off Concert on Aug. 1 will include music the orchestra will play in Cape Town, Durban, Pretoria, Soweto and Johannesburg. 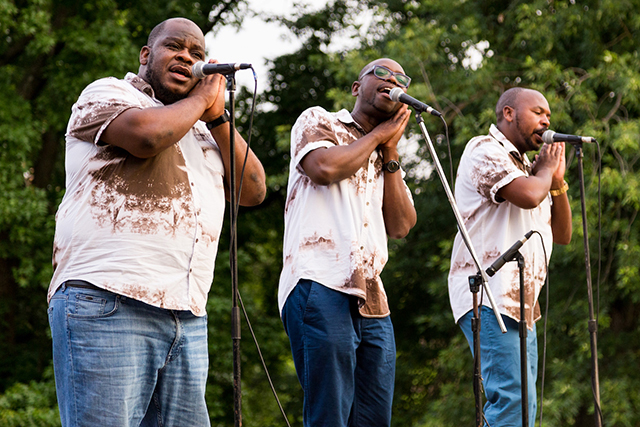 Also set for Sommerfest: music by Sibelius and Beethoven; a concert by six-time Tony winner Audra McDonald; a performance by featured artist James Ehnes of James Newton Howard’s Violin Concerto; and a sensory-friendly family concert on the theme of courage and triumph.

Artscape took last week off and these things happened.

Due to popular demand, Theatre Latté Da added two more performances of Stephen Sondheim’s “Assassins”: Sunday, March 11, at 7 p.m. and Tuesday, March 14, at 7:30 p.m. The musical ends March 18. FMI and tickets. Children’s Theatre Company and Penumbra have extended “The Wiz” by another week, through March 25. FMI and tickets.

The Minnesota Orchestra has added a concert to its current season, and it’s a doozy. Violinist Joshua Bell will bring his fame, his Stradivarius and his considerable artistry to Orchestra Hall on Monday, April 23. Under Vänskä’s baton, he’ll be the featured soloist in Wieniawski’s Violin Concerto No. 2 and Sarasate’s “Zigeunerweisen.” The program will also feature Sibelius’ “En Saga” and Beethoven’s Seventh Symphony. Tickets will be available first to returning and new season subscribers (starting March 15 and April 9, respectively). FMI.

The Ivey Awards are no more. Founded by Scott Mayer in 2005, the Iveys became the nation’s second-highest-attended theater awards show, after the Tonys. “Just like a production playing to sold-out crowds, sometimes good things come to an end,” Iveys board President Fran Davis wrote in her announcement email. “It has become increasingly difficult to raise the money necessary to produce the quality awards show we have all come to expect.” The Sage Awards for dance ended in 2016, the Minnesota Music Awards in 2006, and the Minnesota Black Music Awards in 1986.

The Southern Theater named a new executive director. Janette Davis brings both business and theater smarts to the role. An experienced nonprofit consultant and arts and marketing professional, she has worked for organizations including the Guthrie, American Conservatory Theater of San Francisco and International Alliance of Theatrical Stage Employees (IATSE). She founded the Bridge View Center performing arts and event center in southeast Iowa and secured the multimillion-dollar grant to get it built. She has been owner and creative director of an award-winning advertising and PR firm and consultant to nonprofit and entrepreneurial organizations. At the Southern, she’ll manage day-to-day operations and work to expand the venerable theater’s programming and capacity. 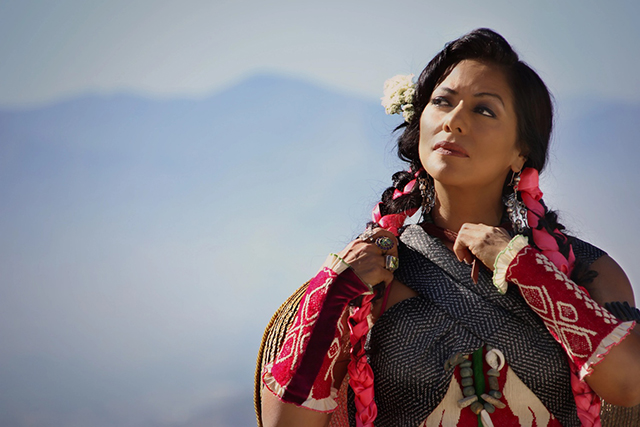 Tonight at the Ordway: Lila Downs. On her 2015 album, “Balas y Chocolate” (Bullets and Chocolate), Grammy winner Downs sang her outrage over contemporary Mexico, her birthplace. (She grew up in Oaxaca and Minnesota.) On her latest, 2017’s “Salón, Lágrimas y Deseo” (Tears and Desire), she affirms female power; the title track, “Peligrosa,” means dangerous. In between, she recorded a single in English called “The Demagogue” (“There’s a blue eyed devil man/Thinks he’s kind of the world”). Her voice is one of the world’s great wonders, comfortable in any range and style from folk to jazz, opera and hip-hop. 7:30 p.m. FMI and tickets (start at $32). Arrive early for the pre-show extra (6:30 p.m.) and stay for the post-show mingle.

Wednesday at the Dakota: Cécile McLorin Salvant. Of the three albums Salvant has made so far with Mack Avenue Records, two have been Grammy winners, including her latest double, “Dreams and Daggers.” Since winning the Thelonious Monk jazz vocalist award in 2010 – she was 21, studying jazz in France and totally unknown in the U.S. – her rise has been meteoric and her choices singular. A scholar of the music and a masterful interpreter, she makes even old songs (and she really likes those) sound cutting edge. She’s one of the most perceptive and important jazz singers of our time. 7 and 9 p.m. FMI and tickets ($30-45).

Thursday through Monday at the James J. Hill House: “Hamlet.” Should it matter where we see a play? Maybe not, but it does, and seeing “Hamlet” at the Hill House is bound to be different from seeing it at the Guthrie or the Park Square. Wayward Theatre prefers to work in nontraditional settings, giving audiences a new experience. You’ll follow the cast through the Golden Age mansion as Shakespeare’s tragedy unfolds. 7 p.m.  Continues through Saturday, March 31, in a run that was recently extended because shows are selling out. FMI and tickets ($30-50 pick-your-price). Mondays are pay-what-you-can.

Friday at Magers & Quinn: Harmon Leon presents “Meet the Deplorables: Infiltrating Trump America.” Journalist, comedian and author Leon has door-knocked for the Trump campaign, attended a gun store wedding where couples seal vows by firing assault rifles, and joined a conversion therapy group for homosexuals. For his latest book, he teamed up with political cartoonist and Pulitzer Prize finalist Ted Rall to answer the question, “What the hell happened in 2016?” 7 p.m. Free.