Schedules will be pored over. Trailers will be viewed. Tickets will be purchased. And before long, corn will be popped. The 37th Minneapolis St. Paul International Film Festival starts April 12, but tickets go on sale to members tomorrow (Thursday) at 11 a.m. They go on sale to everyone else next Thursday, March 29, at 11 a.m.

Last year’s MSPIFF drew 47,000 people. This year’s could reach 50,000. That’s what Susan Smoluchowski, the Film Society’s executive director, is aiming for. Tapped to lead the society in 2010, when MSPIFF attendance was somewhere between 20,000 and 25,000, she has overseen a period of major growth.

What’s new this year at the largest film fest in the upper Midwest?

268 films from 75 nations (158 features, 110 shorts), all screening here for the first time. This is down from last year’s 350+ films. Over lunch last week, Smoluchowski said, “With the number of screens we had available, we had to scale it back. It’s made us really focus on those films we feel are the most appropriate for us to include in the program.”

An app. There will still be a printed program, for those who want one. But now you can do all this on your smartphone: search for films and events; watch trailers; buy tickets; create and track your personal schedule; find out what’s happening in the moment; get notifications about events, parties and schedule changes; share selfies; give feedback. Starting Thursday, March 29, you can download it from the Apple App Store and Google Play. Search for “Film Society of MSP.”

“Chasms and Bridges: Cinema and the Search for Common Ground.” Each year’s MSPIFF has a special focus in tune with the times. For 2018, it’s about the lines that divide us and the potential for reconciliation and compassion. Thirty-two features and 16 shorts will spark thought and conversation. Several directors will attend their screenings.

A tribute to Ingmar Bergman. The Film Society will present a 16-film Bergman retrospective starting in May. As a warm-up, MSPIFF will screen two films by the Swedish auteur, “Summer with Monika” (1953) and “Persona,” and the 2013 biography “Trespassing Bergman,” with co-director Hynek Pallas in attendance.

More films than ever by and about women. Make that 50+ features and 40+ shorts. The opening night film is “RBG,” the documentary about Supreme Court Justice Ruth Bader Ginsburg, co-directed by Betsy West and Julie Cohen. West will be attending; Cohen – and Justice Ginsburg – have been invited.

An uptick in ticket prices. Tickets for the general public will be $14, up from last year’s $13. Film Society member tickets are still $11. For youth under 25 and students with ID, $8. And the basic membership is still $55. The Film Society presents films and film festivals year-round.

Films will be shown on all five screens at the St. Anthony Main Theatre, plus the Capri Theater (home of the Film Society’s popular First Thursday Films @ the Capri series), the Uptown, Metro State University’s Film Space in St. Paul and the Marcus Wehrenberg 14 in Rochester. Mia will host two films including Philip Haas’ 1988 documentary ��A Day on the Grand Canal with the Emperor of China,” narrated by David Hockney, and “Dragonfly Eyes” by Chinese director Xu Bing, created entirely from tens of thousands of hours of surveillance footage.

There’s the usual plethora of parties, events and panel discussions. Aria will host a night of music videos. E.G. Bailey will moderate a conversation with filmmakers. Composer/pianist/vocalist Carrie Henneman Shaw will add live music to three experimental films. And Cory McAbee will present and star in a live sci-fi event called “Deep Astronomy and the Romantic Sciences” featuring music, animation and artwork.

FMI, passes, and (starting Thursday at 11 a.m., for members), tickets.

Tonight at Springbrook Nature Center: “The Effects of Glass in Buildings on Bird Mortality.” Not exactly an arts event, and the abstract (description) is dry as toast, but an authority on bird-window collisions is coming here from Pennsylvania to talk about birds and the U.S. Bank Stadium. This will be the first of three presentations hosted by the Audubon Chapter of Minnesota as part of an effort to persuade the Minnesota Sports Facilities Authority to retrofit the stadium and make it bird-safe. 6:30 p.m. FMI. $5 requested donation at the door. 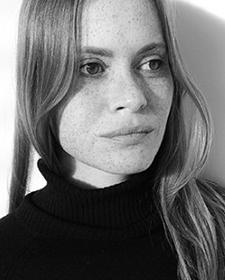 Thursday at the Westminster Town Hall Forum: Suzy Hansen: An American Abroad in a Post-American World. We all have assumptions about America’s role in the Middle East, its standing in the world and its beneficence abroad. American journalist Hansen moved to Istanbul in 2007 and has traveled widely since, studying and reflecting on sociopolitical issues and writing for outlets like the New York Times Magazine and Vogue. She explores her assumptions in her first book, “Notes on a Foreign Country: An American Abroad in a Post-American World.” Noon at Westminster Presbyterian Church. Free. Arrive at 11:30 a.m. for live music and a public reception. MinnPost is a media sponsor of the forum.

Friday at the Mill City Museum: The Minneapolis Sound. The Current’s Andrea Swensson, author, radio host, and music journalist, and Davu Seru, drummer, improviser, composer, educator and author, are both deeply knowledgeable about the Minneapolis Sound and the evolution of music in Minneapolis. Swensson is the author of “Got to Be Something Here: The Rise of the Minneapolis Sound,” and Seru is the author of “Sights, Sounds, Soul: The Twin Cities Through the Lens of Charles Chamblis.” We can pretty much guarantee this will be an interesting conversation. Cash bar at 6 p.m., program at 7. An exhibit of Chamblis’ work, including many photographs documenting the music scene in the local African American community of the 1970s and ’80s, is on display in the Mill Commons and closes March 31. FMI. Free. 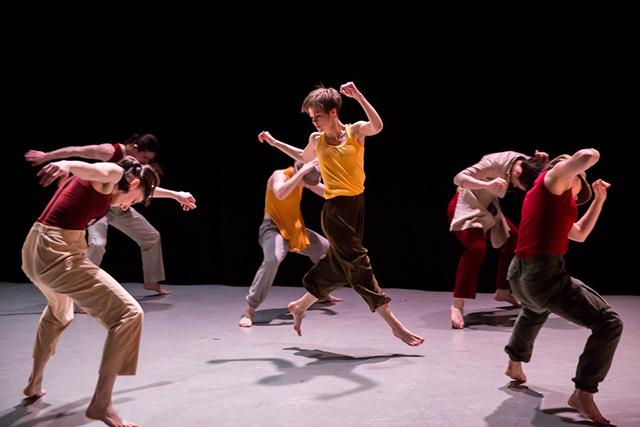 Saturday at the Ordway Concert Hall: Schubert Club Musicians on the Rise: The 9th Annual Bruce P. Carlson Scholarship Competition Winners Recital. Many winners of this competition have gone on to bright musical careers. This is both a “hear-them-first” event and a chance to see what the kids have been up to. Hosted by MPR’s Alison Young, this concert features the winners in all the categories: piano, strings, voice, guitar, brass and woodwinds. 2 p.m. Free. Reserve here or call 651-292-3268.