Twenty bands are on tap for this summer’s Basilica Block Party, set to rock downtown Minneapolis on July 6 and 7. It’s the by-now classic mix of national and local bands, with music on three stages.

The Block Party began in 1995 as a fundraiser for the $9.5 million structural restoration of the Basilica of St. Mary, the first basilica established in the United States, listed on the National Register of Historic Places and still a knockout. A portion of the proceeds go to the St. Vincent de Paul outreach program.

Headliners include Jason Isbell and The 400 Unit, CAKE, Andy Grammer and Fitz and the Tantrums. Also in the lineup: Kid Dakota, Third Eye Blind, Reina del Cid and the winner of our Best Band Name Award (if we had one to give), Lazy Scorsese. See the complete schedule here.

The atrium at the Humphrey School – the large, airy public space used for events, celebrations and hanging out – has been renamed the Joan and Walter Mondale Commons. The new name honors the loving and powerful partnership between two public servants and their devotion to the arts. Joan Mondale, who died in 2014, was a lifelong supporter of the arts, earning the nickname Joan of Art when her husband was vice president. A newly installed cabinet near the Commons entrance displays several pieces of pottery made by Joan.

A dedication Thursday began with a panel discussion, “Art as Inspiration for the Common Good,” featuring Roderick Cox, associate conductor of the Minnesota Orchestra; Carra Martinez, the Guthrie’s director of community engagement; and Matthew Welch, Mia’s deputy director and chief curator. Jay Cowles, son of John and Sage, moderated a talk that touched on diversity, youth, and what each organization is doing to make the world a better place. Afterward, in the Commons, Chan Poling, the Mondales’ son-in-law, performed the Suburbs’ song “Love Is the Law.” Humphrey School dean Laura Bloomberg and University of Minnesota president Eric Kaler praised and introduced Walter Mondale, who gave a speech before the ribbon cutting. 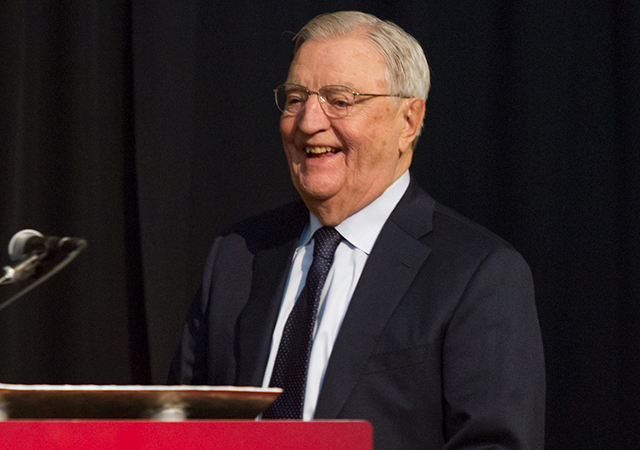 Joan Mondale was often mentioned and greatly missed. “She always insisted that her life was hers,” her husband said. “She supported me, but deep down, she always had something else to say about the arts.” Then the former U.S. senator, vice president of the United States and ambassador to Japan gave some free advice. “In public life, where possible, we should always encourage the couple to work together. That way, you get two for one.” He called out Orville and Jane Freeman and Don and Arvonne Fraser as other examples. “Again and again, we always found that if you do it together, it’s always better.”

Opens today (Friday, April 6) at the Edina Cinema: “Itzhak.” Zipping around New York City on his motorized wheelchair, slurping soup with a friend, petting his dog and repeating jokes, the star of this film seems like an ordinary guy. Except he’s Itzhak Perlman, the heavily decorated violinist (16 Grammys, National Medal of Arts, etc.) who succeeded against the odds of two paralyzed legs, caused by polio when he was four years old. (Perlman suspects that Ed Sullivan had him on his show when he was a teenager out of pity for the “poor crippled boy.”) This affectionate portrait shows a man who loves to laugh, loves his wife of 50 years and loves the violin, which he calls “a replica of the soul.” Alison Chernick’s documentary is filled with music in vintage clips, more recent performances and practice sessions with Mischa Maisky and Evgeny Kissin, Martha Argerich and Billy Joel. FMI, times and tickets. 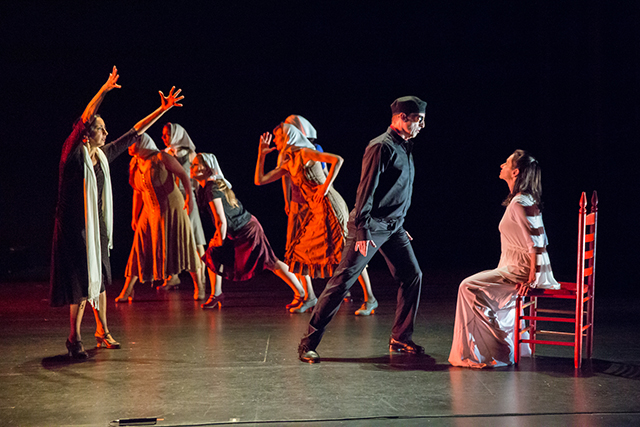 Starts tonight (Friday, April 6) at the Cowles: Zorongo Flamenco Dance Theatre: “Garden of Names.” How to dance about the desaparecidos? The thousands who were abducted, tortured and killed during Argentina’s Dirty War? In 1996, Susana di Palma, Zorongo’s founder and artistic director, and Flying Foot Forum’s Joe Chvala premiered a work based on Lawrence Thornton’s award-winning novel “Imagining Argentina.” With a focus on political repression and responsibility, di Palma has been exploring a remount of this evening-length piece ever since. To her, this feels like an important time to revisit this story of remembering and the power of artistic imagination. The cast includes internationally renowned flamenco dancers, singers and musicians, along with Chvala’s company. 8 p.m. Friday and Saturday, 2 p.m. Sunday. Also April 13-15. FMI and tickets ($30). Stay after this weekend for a post-show discussion led by Curt Goering, executive director of the Center for Victims of Torture.

Saturday night on your streaming device: The SPCO: Maureen Nelson Plays “The Lark Ascending.” Live from the Ordway Concert Hall, the SPCO will stream Saturday’s concert featuring violinist Maureen Nelson in Ralph Vaughan Williams’ iconic work based on the poem by George Meredith. The program also includes the Midwest premiere of composer-in-residence Lembit Beecher’s “Conference of the Birds” (for 18 solo strings, adapted from the 12th-century Persian epic), Gounod’s “Petite symphonie” for wind instruments and Dvorák’s Serenade for Strings. Watch on your laptop, your pad or (why not) your phone. If you can’t stream it in real time, catch it later in the SPCO’s extensive concert library. 8 p.m. Here’s the link you need.

Monday at Public Functionary: Hieu Minh Nguyen Not Here Book Release Party. A child of Vietnamese immigrants, Nguyen will release his second book of poetry; his first, “This Way to the Sugar,” was a finalist for the Minnesota Book Award and the Lambda Award. Also on the program: Danez Smith, whose “Don’t Call Us Dead” was a finalist for the National Book Award; Fatimah Asghar, a nationally touring poet, performer, educator and writer; Paul Tran, poetry editor at The Offing; and a drag performance by The Other Jeannie Retelle. Hosted by Nguyen and Coffee House Press. 7–9 p.m. FMI. Free.

Tuesday at the U’s Walter Library: David Noble Lecture Series: Niigaanwewidam James Sinclair: “How Anishinaabeg Literatures Can (and Will) Save the World.” An award-winning writer, editor, activist and storyteller, Sinclair is Anishinaabe (St. Peter’s/Little Peguis) and an associate professor at the University of Manitoba. The U of M Press will publish his first book on Anishinaabeg literary traditions in 2019. He’s a very engaging speaker. 7 p.m. Free and open to the public.