Continuing with its five-year Beethoven/5 commissioning project with pianist Jonathan Biss, the orchestra will give the world premiere of a new piano concerto by Caroline Shaw, the youngest-ever winner of the Pulitzer Prize for Music. A composer, violinist and singer, she has collaborated with Kanye West.

The SPCO will play more dates at Icehouse and the Turf Club; those concerts generally sell out. Its partnership with the Capri Theater in North Minneapolis will go on, but at a location TBD, since the Capri will be undergoing renovations. All five artistic partners – Pekka Kuusisto, Jeremy Denk, Jonathan Cohen, Martin Fröst and Patricia Kopatchinskaja – will return. More than 50 performances will be led by SPCO musicians, and seven SPCO musicians will be featured soloists during the season.

There are so many highlights. On opening weekend in September, Denk will play Beethoven’s “Emperor.” Later that month, former artistic partner Thomas Zehetmair will return to conduct Beethoven and Haydn. A special concert in October not featuring the SPCO but presented jointly by the SPCO and the rest of the Ordway’s Arts Partnership (the Ordway, Minnesota Opera, and Schubert Club) will feature Sphinx Virtuosi, a chamber ensemble of the nation’s top black and Latino classical string soloists.

In November, the SPCO will perform Bach’s “Saint John Passion” together with the Singers. Announced by Northrop last week, the SPCO will play Mozart live on the Carlson stage as the Pittsburgh Ballet Theatre dances “Mozart in Motion.” In December, Kopatchinskaja will be joined by her longtime duo partner, Russian pianist Polina Leschenko, making her SPCO debut.

Former artistic partner Christian Zacharias will be back in March 2019 with Mozart’s Piano Concerto No. 27. You’ll have several chances to hear SPCO violinist Ruggero Allifranchini play Mozart’s Fifth Violin Concerto – eight, to be precise. In May, Fröst will play Mozart’s Clarinet Quintet, the work that inspired his 8-year-old self to take up the clarinet. Fröst will close out the season in June with selections from his multi-year project “Genesis.”

About the new festival, which happens in February: Called “Tapestry19,” it reaches out to the community with a theme we can all relate to: home. When, where and how do we feel at home? How do we recognize our home? It involves the community directly with commissions by local composers. PaviElle French’s “A Requiem for Zula,” a tribute to her mother and her upbringing in St. Paul’s Rondo neighborhood, will have its world premiere at Tapestry19. Stories of home told by community members will be woven into a new work by SPCO composer-in-residence Lembit Beecher. We’ll also hear new works by Syrian composer Kinan Azhmeh and 16-year-old American composer Maya Johnson.

A concert we cannot wait to see – and people we run into at Icehouse, the Walker, Liquid Music events and Studio Z will sit up for this one –will take place Jan. 11 and 12. Along with music by Beethoven and Ravel, “Improvisations With Pekka Kuusisto and Tyshawn Sorey” will feature the Midwest premiere of Viyay Iyer’s “Asunder” and Sorey’s “Conduction,” where Sorey will lead Kuusisto and the SPCO in improvisations with a set of gestural cues. The composition we hear will be created in real time. It will be different every night. Composer and drummer Sorey became a MacArthur Fellow in 2017; jazz pianist and composer Iyer has been one since 2013. Both are tremendously important and immediate.

The 2018-19 Liquid Music season will be announced at a later date.

Inspired by Kenneth Clark’s landmark late-1960s series “Civilisation,” this new PBS/BBC documentary series (note the z in the middle, the s at the end) goes farther in place and time. While Clark’s interest was “western man,” emphasis on both, “Civilizations” takes a global view and spans some 40,000 years, bringing us up to the present day. Once more, the focus is art and its importance to human history and civilization (art is history, the series argues), but this time it’s art everywhere, with women. 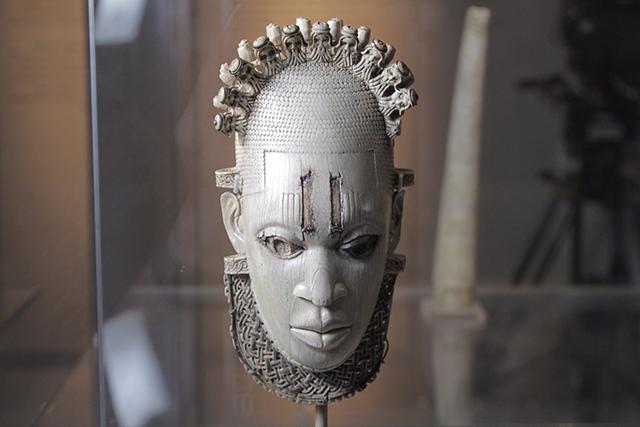 The first episode, “The Second Moment of Creation,” which airs tonight, begins with the destruction of Palmyra by Isis. We’re reminded that Khaled al-Asaad, the city’s 81-year-old retired chief of antiquities, was publicly beheaded. It’s a sobering start to a worthy successor to a series that literally changed television. Simon Schama, Mary Beard and David Olusoga are the hosts, with support from leading scholars and experts from around the world. Liev Schreiber is the narrator. 7 p.m. on TPT 2. FMI including trailer and other broadcast dates and times.

Tonight (Tuesday, April 17) at the Trylon: “On the Beach.”Based on the post-apocalyptic novel by Nevil Shute, this film hit theaters in 1959, during the first Cold War. (Many experts are saying we’re in the midst of another Cold War now.) The time is 1964, and nuclear fallout from World War III has killed everyone in the Northern Hemisphere. Nuclear submarine commander Dwight Towers (Gregory Peck) is in Australia, as is alcoholic Moira Davidson (Ava Gardner), and the cloud is on the way. It’s bleak, it’s grim, and it’s in black-and-white. Part of the Trylon’s Ava Gardner series. FMI, times and tickets ($8).

Thursday at the Mill City Museum: Opening reception for a new Craig Blacklock exhibit. For the 50th anniversary of the St. Croix National Scenic Riverway, Minnesota nature photographer Craig Blacklock has created a show called “St. Croix & Namekagon Rivers: The Enduring Gift.” The show is a companion to a book by the same name, just out this month. Wine, appetizers and viewing at 6 p.m.; brief program with Blacklock at 7, followed by music by Peter Mayer. Vice President Walter Mondale wrote the foreword to the book and has been invited to participate as a special guest. 6–9 p.m. in the Mill Commons. FMI. Free. Closes June 24.

Friday at Mindekirken: Quartetto Testosterone. We won’t deny that the name and tagline – “Norway’s most masculine string quartet” – got our attention. Formed in 2008, when all four members were still conservatory students, the Oslo-based group has performed across Norway and in international music festivals. They’re equally comfortable playing music by Edvard Grieg and Philip Glass. Their performance at Mindekerken, the Norwegian Lutheran Memorial Church, will be the Edvard Grieg Society’s season finale. 7:30 p.m. FMI. Free; donations accepted at the door.

Friday at the Humanities Center: An Evening with Lesley Nneka Arimah. Not a reading, but a discussion. Winner of the 2017 Kirkus Prize for her short-story collection “What It Means When a Man Falls from the Sky,” Minneapolis-based author Arimah will talk about war, grief, girlhood and human connection with Minnesota author and educator Marian Hassan. This is the final event in the Humanity Center’s “War and Memory” discussion series. 6:30-8:30 p.m.FMI and registration ($10). A reception and book signing will follow. 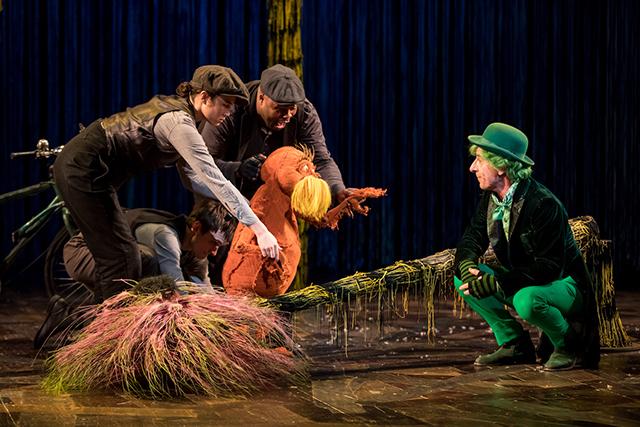 Photo by Dan Norman
Meghan Kreidler and Rick Miller and H. Adam Harris as The Lorax and Steven Epp as The Once-ler in “Dr. Seuss’s The Lorax.”

Opens Friday at the Children’s Theatre: “Dr. Seuss’s The Lorax.” CTC continues its long and mutually beneficial relationship with the work of Theodore Seuss Geisel in a musical adapted for the stage by David Greig, artistic director of Edinburgh’s Royal Lyceum Theatre Company. Originally produced at London’s Old Vic, it will have its U.S. premiere here, after which it will go straight away to the Old Globe in San Diego. Our cast will include H. Adam Harris as the Lorax (with puppeteers Meghan Kreidler and Rick Miller), Steven Epp (with green hair!) as The Once-ler, and an ensemble cast playing multiple roles. “The Lorax” is Geisel’s book about the plight of the environment, published 46 years ago and yet so timely as we look out the window at deep April snow. See it in previews tonight (Tuesday, April 17) through Thursday. FMI and tickets ($15-54); 612-874-0400. Closes June 10.

New festival, 5 premieres in SPCO’s next season; ‘Dr. Seuss’s The Lorax’ to open at CTC