We were sad to learn in February that the Ivey Awards were over. That the 2017 Iveys – the 13th year – had been the last. No more skits, speeches, red carpets, gowns, tuxes and festivities. No more newly minted Ivey Award winners.

The Sage Awards for Dance took their final bow in 2016, after 12 years. And the Minnesota Music Awards played their coda in 2006. Thankfully, we still have the Minnesota Book Awards (they take place this Saturday, btw). But the loss of the Iveys was unexpected and painful.

The members of Four Humors Theater started talking about it. “We felt it was kind of a hole,” Artistic Director Jason Ballweber said in conversation Wednesday. “It’s necessary to acknowledge our theater community, to celebrate and schmooze and make connections outside the theater space. In the practical sense, [awards are] a résumé booster. We thought – no, that needs to keep happening.”

Less than seven weeks after the Iveys broke the news, Four Humors announced a plan. They would start a new awards ceremony called the MN Theater Awards. The first show would be held Monday, Sept. 24, 2018 – the date that would have been the 14th Iveys – at a place TBA. They made a video, launched an Indiegogo and sent out an email.

The MN Theater Awards will differ from the Iveys in three key ways. There will be predetermined award categories. The voters will be members of the industry – directors, designers, actors, musicians and volunteers. And the nominees will be announced ahead of time. “If someone is nominated, they have a chance to think of a thank-you speech,” Ballweber explained. “Also, you’re kind of giving those people an award. They get to write ‘MN Theater Award Nominee’ on their résumé.”

The Iveys had categories, but they changed every year. Voters were the public and a cadre of theater evaluators who had seen many shows. There were never any nominees.

The rest of how the new awards work will be determined at a series of town hall events. Four Humors has discussed possible categories – like a Large-Budget Best Show and a Small-Budget Best Show, so the small theaters aren’t only pitted against the big ones. And a Best New Play, because so many plays are written here. And a Volunteer of the Year, for the unsung ushers and box-office staff. But it all depends on who shows up at the town hall events, and what they have to say. 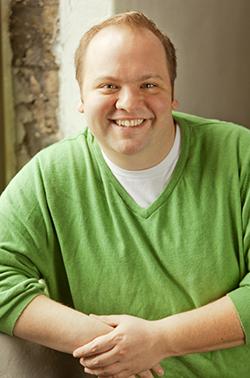 And it depends on ticket sales. September only seems far away. The Indiegogo exists to sell tickets, not to solicit contributions. The more tickets sell (at $30 a pop), the better Four Humors can gauge the community’s interest in the MN Theater Awards.

“At this point, a lot of people are liking and sharing the video, and I know it’s hard to get behind something that’s imaginary,” Ballweber said. “But people need to buy tickets. We’re not going to get the Orpheum if only 50 people buy tickets beforehand. For this first year, we need that capital up front. And for people to come to the town halls. We don’t want this to be a Four Humors celebration of theater. We want it to be the community’s celebration of theater.”

Looking further ahead, Four Humors doesn’t plan to produce the MN Theater Awards indefinitely. “We want to produce this year, and probably next year so we can fix all the things we didn’t do right this year. And then, if it’s going well, we’ll keep producing for a while. But what we’d really like to do is make a manual and a handbook and hand it off to another theater so they can host for a couple years.”

Do the MN Theater Awards aspire to the glamour of the Iveys?

“That’s part of the appeal for a lot of people,” Ballweber acknowledged. “It’s a big deal for people to get glammed up and go out into the community they care about most. I like that. But I also like being able to show off my own style. So how do you phrase that? Dress to impress? Dress how you feel? That’s another thing we’ll be talking about.”

Two town hall meetings are scheduled: the first on Monday, May 7, and the second on Monday, May 14. Both will take place from 7-10 p.m. at Four Humors’ rehearsal space in studio 243 of the Ivy Arts Building. They are open to all theater practitioners, defined as “actors, directors, technicians, designers, administrators, volunteers, etc.” RSVP by email with your name and date of attendance. Meanwhile, you can buy a ticket here.

Tonight (Friday, April 20) at Magers & Quinn: Shawn Francis Peters presents “The Infamous Harry Hayward: A True Account of Murder and Mesmerism in Gilded Age Minneapolis.” William Pinkerton (of the Pinkerton Detective Agency) dubbed Hayward “one of the greatest criminals the world has ever seen.” Peters tells Hayward’s life story in his new book, just out from the University of Minnesota Press. 7 p.m. Free.

Saturday and Sunday: VocalEssence: Rutter Returns. The world’s most-performed choral composer will be here for the 50th anniversary of VocalEssence, bringing a brand-new work. On Saturday at the Cathedral of Saint Paul, with guest singer Marietta Simpson, John Rutter will lead VocalEssence in the premiere of a composition written for the occasion and his “Feel the Spirit” cycle of spirituals. 8 p.m.; concert conversation with Rutter and Philip Brunelle at 7. FMI and tickets ($10-40). A Community Sing with John Rutter at Plymouth Congregational Church on Sunday is nearly sold out. Come sing “Amazing Grace” and more with the master. 3 p.m. FMI and tickets ($25; ticket sales close at 10 a.m. today, Friday, April 20).

Saturday: Record Store Day. A whole day of exclusive releases (including lots of vinyl), live in-store performances, giveaways, food and drink, and hanging out with people who love music as much as you do. There are several participating indie record stores in the Twin Cities. Visit as many as you can, but be sure to stop by the Electric Fetus, a Minneapolis mainstay hurt by the Franklin Ave. Bridge rebuild. The Edison High School Jazz Band will start the day there at 9:15 a.m.; DJ Jake Rudh will spin at 10:30; Chris Koza will perform at 12 p.m. And more. Search the website for stores near you. Here’s a list of special Record Store Day releases. And here’s the Jazzizz list of 10 records you need to know about.

Monday at the Humphrey School of Public Affairs: Reflections from Mayor Frey on His Early Days in Office. Frey has been the 48th mayor of Minneapolis for 100 days. How is he doing on creating affordable housing, reducing residential segregation, and bringing the city together as “justice-oriented and united”? In the Cowles Auditorium. Noon to 1:15 p.m. Free and open to the public, but please register. 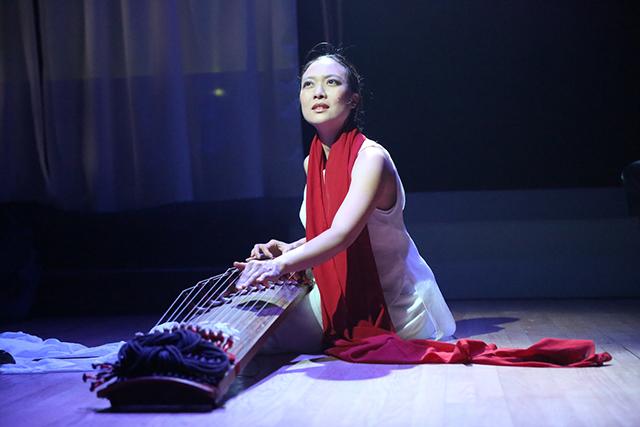 Monday at Icehouse: Jen Shyu’s Nine Doors. There’s no one like Jen Shyu on the planet. She speaks five languages, sings in all of them, plays several instruments, dances, improvises, and takes you to places you’ve never been. She’s a musician, performer and storyteller of grace, great depth and blazing intelligence. “Nine Doors,” a recent work she’ll present at Icehouse, is a story of loss. The New York Times’ Giovannni Russonello saw it in January and wrote, “A simple jazz club stage became a territory of belief, narrative and wonder.” A second set will feature drummer J.T. Bates solo. 9:30 p.m. FMI including a collage from “Nine Doors.” $15 at the door. Shyu was at the Walker last April as part of Steve Coleman’s “Natal Eclipse” band. 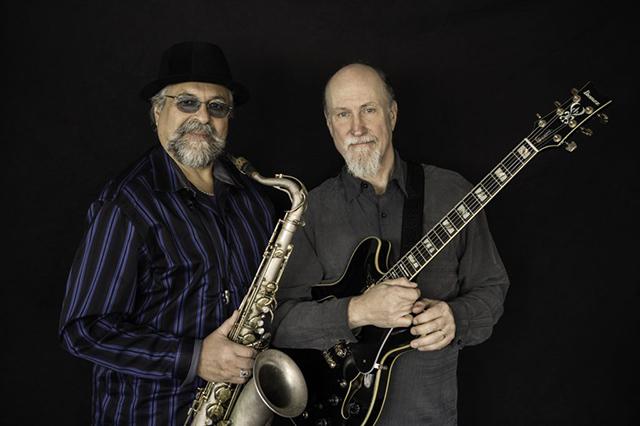 Tuesday at the Hopkins Center for the Arts: John Scofield/Joe Lovano Quartet. Scofield (guitar) and Lovano (saxophone) are two of the greatest jazz musicians working today. Both are Grammy winners, and they have a long association that reaches back to their original quartet in the early 1990s. They reunited for a tour of Asia and Australia in 2008, and they’re back with their latest ensemble, featuring Ben Street on bass and Bill Stewart on drums. Expect only excellence from this group. Social hour at 6 p.m., concert at 7. FMI and tickets ($45).