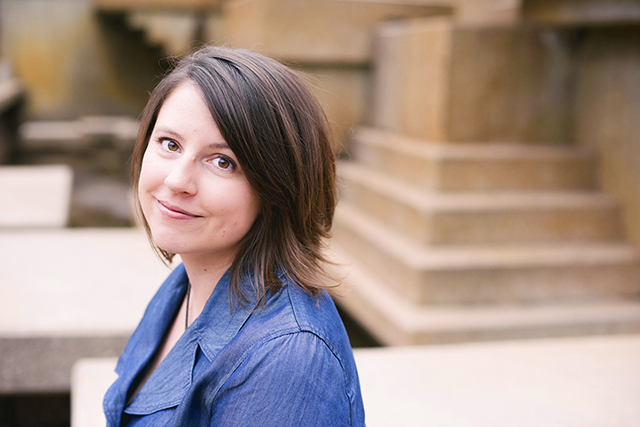 Photo by Leslie Plesse
Andrea Swensson: “This whole project was never about me – it was about uncovering stories that have been ignored by most of us for far too long.”

Two years to the day after Prince died, on a weekend filled with Prince-related events and news, the Current’s Andrea Swensson won a Minnesota Book Award for telling the story of where Prince came from and the struggles black artists in the Twin Cities have faced to be heard. “Got to Be Something Here: The Rise of the Minneapolis Sound” won the award for Minneapolis Nonfiction. Swensson later wrote on Facebook, “This whole project was never about me – it was about uncovering stories that have been ignored by most of us for far too long.”

More than 800 book lovers attended the 30th Annual Minnesota Book Awards, held Saturday at the InterContinental Hotel in St. Paul. Poet Bao Phi won the Children’s Literature award for his first children’s book, “A Different Pond,” already a Caldecott Honor winner. Steve Sack, the Pulitzer Prize-winning editorial cartoonist for the Star Tribune, took the General Nonfiction award for “The First and Only Book of Sack: 16 Years of Cartoons for the Star Tribune.”

The Genre Fiction award went to Wendy Webb for her mystery “The End of Temperance Dare.” For “Onigamiising: Seasons of an Ojibwe Year,” Linda LeGarde Grover won for Memoir & Creative Nonfiction. Onigamiising is the Ojibwe name for the western tip of Lake Superior. The Middle Grade Literature award went to Nicole Helget for “The End of the Wild.” 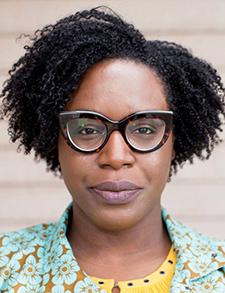 Lesley Nneka Arimah has been showered with honors, including the Kirkus Prize, for “What It Means When a Man Falls From the Sky.” She now has a Minnesota Book Award for Novel & Short Story. Heid Erdrich won the Poetry award for “Curator of Ephemera at the New Museum for Archaic Media.” The Young Adult Literature award went to Andrew DeYoung for his dystopian first novel “The Exo Project.”

Two of the winning titles, “Got to Be Something Here” and “Onigamiising,” were published by the University of Minnesota Press.

Books written by Minnesotans and first published in 2017 were eligible for this year’s awards. From 256 submissions, 36 were chosen as finalists before judges from around the state picked the winners.

Tonight (Tuesday, April 24) at Minneapolis Central Library: Talk of the Stacks: Alex Wagner. Daughter of a Burmese mother and a white American father, Wagner – of MSNBC, Showtime, CBS News and the Atlantic – grew up thinking of herself as a “futureface,” the personification of a time when everyone will be brown. In conversation with political columnist and podcaster Ana Marie Cox, she’ll talk about her new book by that title, the story of her quest to learn who she is and where she belongs. Doors at 6:15 p.m., program at 7. Free.

Tonight at Penumbra: “This Bitter Earth.” Harrison David Rivers’ play about a couple dealing with the politics of their love – Neil is a wealthy white advocate for civil rights, Jesse a black playwright coming to terms with his activism – starts with two nights of previews (tonight and Wednesday). Thursday is opening night. This is Rivers’ fourth play in a remarkable arc that began in February at the History Theatre with “A Crack in the Sky,” touched down briefly at the Playwrights’ Center with “the bandaged place” and continues with Latté Da’s production of the musical “Five Points,” sold out for the rest of its run. FMI and tickets ($15 previews; $15-40 after).

Tonight and Wednesday at the Ordway Concert Hall: Steven Isserlis and Richard Egarr. On first glance you might think Isserlis is Pat Metheny’s lost twin (hint: it’s the hair). He’s a star in the cello world, one of two living cellists in Gramophone’s Hall of Fame. Isserlis has made numerous recordings, but only one so far with harpsichordist Egarr: Hyperion’s highly praised 2015 release “Gamba Sonatas,” with music by Bach, Handel and Scarlatti. That’s what they’ll play for their dates in the Schubert Club’s International Artist Series. Isserlis is known for his exceptionally human tone. His secret (along with being a virtuoso): gut strings. 7:30 p.m. tonight, 10:30 a.m. tomorrow. FMI and tickets ($24-76); 651-224-4222. The two artists will sign CDs after tonight’s performance. 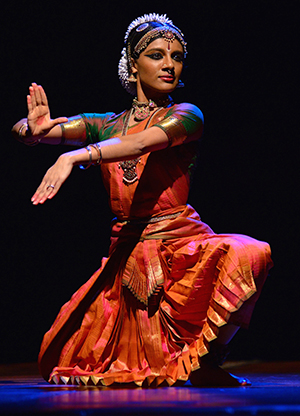 Thursday through Saturday at the Cowles: Ragamala Dance Company: “Body, the Shrine.” To see Ragamala dance is to witness a form of physical poetry. The ritualized movements and gestures of Bharatanatyam, the 2,000-year-old South Indian classical dance form they practice; the vivid colors of the traditional costumes; the thoughtfulness and rigor with which they research, plan and choreograph their programs; and the physical beauty of the dancers themselves make each performance memorable and unique. Bharatanatyam’s roots are ancient, but this is not dance stuck in the past; Ragamala’s women are thoroughly modern, and previous shows have featured contemporary jazz musicians Rudresh Mahanthappa and Amir El Safar as composers and performers. The title of their latest work, which will have its world premiere here this week, comes from a 12th-century Hindu poem: “My legs are pillars/The body the shrine/The head a cupola of gold. … Things standing shall fall/But the moving ever shall stay.” 7:30 p.m. Thursday and Friday; FMI and tickets ($25). Saturday is Ragamala’s 25th anniversary gala; doors at 6 p.m., performance at 6:30, party after. FMI and tickets ($75).

Bob Ross Painting Party at TPT on Friday, May 18. Bob Ross, late painting instructor, beloved former host (for 11 years) of the PBS series “The Joy of Painting,” man of happy accidents. One of TPT’s “Nostalgia Nights,” this event sold out so quickly (at $40/pop) that TPT should just schedule another one, shouldn’t they?

Prince-related weekend topped off with award for ‘Got to Be Something Here’; ‘This Bitter Earth’ at Penumbra