As the Minnesota Orchestra announced a new president and CEO yesterday, the Cowles Center for Dance and the Performing Arts and the American Composers Forum are adjusting to big changes of their own.

At the Cowles Center, Lynn A. Von Eschen will retire as executive director on June 29, at the end of the Cowles’ seventh performance season.

Some of us may recall that the Cowles was once the Shubert Theatre, nearly razed by the wrecking ball, added to the National Register of Historic Places and rolled down Minneapolis city streets from Block E to Hennepin Avenue in Feb. 1999 – all 5.8 million pounds of it. Remodeled by Artspace and joined to Hennepin Center for the Arts, the Shubert Center for Dance was renamed the Cowles Center in 2011, for philanthropists and arts advocates John and Sage Cowles.

Von Eschen became executive director in January 2012, following the Cowles Center’s grand opening in September 2011. Before then, he spent 18 years at the Ordway and 10 at the Children’s Theatre. Under his leadership, more than 33,000 tickets were sold during the Cowles’ inaugural season, far exceeding initial projections. Since 2011, the Cowles has become Minnesota’s flagship institution for dance. More than 50 dance companies – 44 based in Minnesota – have presented nearly 600 performances there. Next up: Ragamala Dance Company’s latest, “Body, the Shrine,” on April 26-28.

Artspace President Kelley Lindquist credits Von Eschen with making the vision of the Cowles a reality. In a statement, he pointed to the Dance Without Barriers distance learning residency program, which so far has served more than 27,000 students throughout Minnesota. He noted that the Cowles “partners with dozens of local dance companies” and “serves as a home to many of our legacy dance institutions, as well as the next generation of dance artists. Our dance scene, both locally and statewide, owes so much to Lynn’s dedicated work.”

Tom Hoch, former Hennepin Theatre Trust president and CEO (and 2017 mayoral candidate), will serve as interim executive director and work with the board to find a replacement. Before leaving the Trust in early 2017, Hoch spent a lot of years on Hennepin Avenue. Since it looks like the avenue will be downtown Minneapolis’ next big redo (scream!), it should help to have someone at the Cowles who knows the territory well.

At the American Composers Forum, an organization begun in 1973 by Libby Larsen and Stephen Paulus that now has some 2,000 members in all 50 states, John Nuechterlein will retire as president and CEO after 20 years – five as managing director, 15 in his current role. 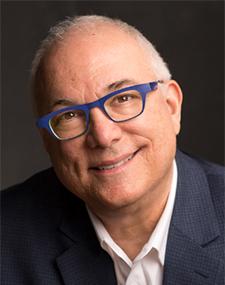 During his tenure, Nuechterlein started the NextNotes High School Composition Awards, a national program designed to nurture the next generation of creative voices in music composition in any genre. He began the ACF CONNECT program to partner with prominent, top-quality ensembles, offering better commission fees, more time to work with performers and learning/networking opportunities. His most recent achievement was the launch of In Common, a collaborative artist residency program that gives communities a chance to explore their own diversity through the creation of new music.

Under Nuechterlein’s leadership, ACF’s Innova Recordings became the premier label for American new music. Today Innova has nearly 600 titles in its catalog. On April 27-28, during the St. Paul Art Crawl, Zeitgeist’s Studio Z will host “Inn-fest 2018,” a label showcase. A new Innova album, “Life As Is: The Blending of Ancient Souls from Syria and China,” featuring Issam Rafea on oud and Gao Hong on pipa, will be released at the Cedar on April 24.

Nuechterlein has also been a CEO who shows up at arts events. We’ve run into him countless times at concerts. He plans to broaden his scope to include more new theater, new film, and new work by visual artists. We look forward to seeing him even more often.

Nuechterlein’s retirement will take effect Dec. 31. Meanwhile, ACF’s board, led by Mary Ellen Childs, will conduct a national search to fill the position.

Tonight (Wednesday, April 18) at Common Good Books: Tom Sleigh in conversation with Peter Campion. Why have one new book out from Graywolf when you can have two? “House of Fact, House of Ruin,” Sleigh’s latest poetry collection, takes us to war zones in Libya, Syria and Iraq. Published simultaneously, “The Land Between Two Rivers: Writing in an Age of Refugees” is a book of essays, both memoir and journalism. The two are intertwined. Sleigh teaches at Hunter College and lives in New York. Campion teaches in the MFA program at the University of Minnesota. 7 p.m. Free.

Thursday at the Fitzgerald: National Geographic Live: Standing at the Water’s Edge with Cristina Mittermeier. In documenting the relationships indigenous peoples have with water, photojournalist Christina Mittermeier discovered one concept they all share: enoughness, or taking only what you need. See her pictures and hear her stories about the Kayopo people in the Amazon, First Nations people in British Columbia and a community in Hawaii seeking to reclaim their connection to the sea. 7 p.m. FMI and tickets ($15-55).

Friday through Sunday at the Crane Theater: “The Skriker.” Like most (all?) theater companies in the Twin Cities, Fortune’s Fool lost performances to the weekend’s blizzard. They were able to add one back this weekend, but the weather was tough on the local economy, except for the car towing companies. We haven’t seen “The Skriker,” but several local critics give it the thumbs-up. It’s a play about a malevolent, shape-shifting fairy (Ariel Leaf) who seeks revenge on humankind for destroying the earth. Hmmm. Haley Sister and Gabrielle Dominique are two teenagers the Skriker encounters. Ben Layne directs. 7:30 p.m. Friday and Saturday, 2 p.m. and 6 p.m. Sunday. FMI and tickets ($20/18). 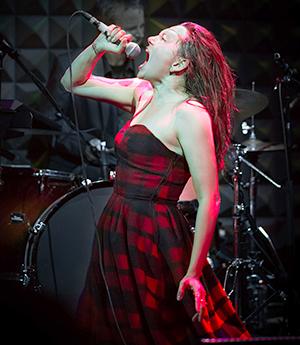 Friday at the Ordway Concert Hall: Tanya Tagaq: Retribution. If you saw Tagaq at the Walker in 2015 with “Nanook of the North,” you probably already have tickets to this. That remains one of the most incredible performances we’ve ever seen. We get chills just thinking about it. An Inuk throat singer, born in the Arctic, Tagaq is traditional, contemporary, otherworldly and political. And apparently fearless; her voice goes to places you didn’t know existed. For her date at the Ordway, co-presented by the Walker, she’ll appear with her regular collaborators, drummer Jean Martin and violinist Jesse Zubot, and a community choir of local indigenous people. The choir will be led by Christine Duncan, music director of Toronto’s Element Choir, which has been described as “the world’s leading structured improvisation choral group.” Hold onto your hat. 7:30 p.m. in the Concert Hall. FMI and tickets (start at $27).