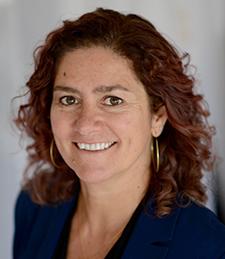 In January, Ten Thousand Things announced that Marcela Lorca would succeed Michelle Hensley as artistic director. Hensley founded the company 30 years ago and has shaped it into something special – a theater that plays first to audiences with little access to the arts, in prisons, shelters, churches and community centers. Hensley’s final production, Bertolt Brecht’s “The Good Person of Szechwan,” opens to the public next week.

Earlier this week, Lorca announced her first season, complete with casting. Since 2001, TTT’s season has been three shows. That hasn’t changed. Because we’ve been fans of TTT’s Shakespeare shows, we noticed right away – no Shakespeare in 2018-19. But all the titles in the new season are alluring.

The season opens in October with Molière’s “Scapin,” in a new adaptation by Randy Reyes. It’s described as “a raucous comedy about love affairs, revenge, family dynamics, deception, intrigue, and greed (or Monday at the White House).” Reyes will direct a cast that includes Sarah Agnew, Ricardo Beaird, Joy Dolo, Elise Langer and Kimberly Richardson. It’s been a minute since we’ve seen Agnew on stage. Already looking forward.

May brings Karen Zacarias’ “The Sins of Sor Juana,” the true story of 17th-century Mexican writer Juana Inéz de la Cruz. The cast will include Sun Mee Chomet, George Keller, Jason Rojas, Thallis Santesteban and others to be named; Lorca will direct.

All three shows are new to TTT. The casts will be filled with familiar faces. Tickets will be available starting in September.

Lorca comes to TTT from the Guthrie, where she was on staff for more than 20 years, most recently as director of company development and head of movement. She directed more than 20 plays in her time there including “Caroline, or Change.” “Into the Woods” will be her TTT directing debut.

Given our very recent weather, we need this. It looks to be a glorious weekend, sunny and warm, and Lowertown, the heart of the Saint Paul Art Crawl, is a great place to walk around and explore. Over the years, the Crawl has spread to downtown, West 7th, the East Side, Raymond Station and other locations. More than 400 artists will take part. Some 70 events and performances have been scheduled, from live music to dance, artists talks, tours, demonstrations and make-and-takes. Here’s a guide so you can plan ahead. Around 38,000 visitors are expected. Free metro transit passes are available. Hours: Friday 6-10 p.m., Saturday noon-8 p.m., Sunday noon-5 p.m. 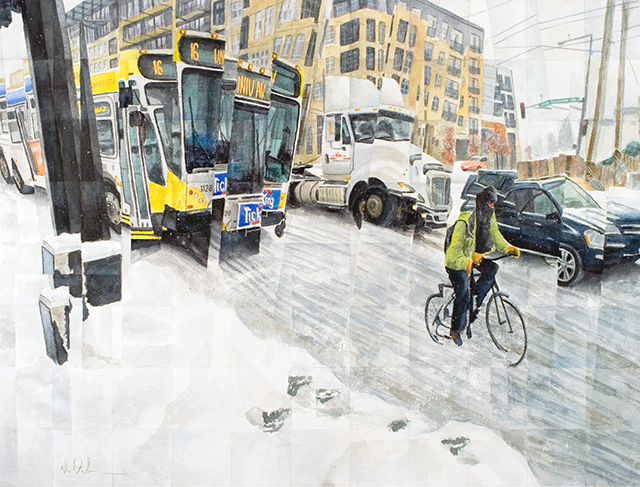 Courtesy of the Saint Paul Art Crawl
The winning poster, “King of the Road” by Don Dickerson

Three things we especially want to call out:

“Journeys Here” at the Minnesota State Arts Board. Giver of grants that support artists all over our state, MSAB joins the spring Art Crawl each year with its own curated show. “Journeys Here” will feature artists who immigrated to Minnesota and those whose work is about the immigrant experience. All 35 visual artists featured – photographers, painters, sculptors, animators, mixed-media artists – have produced work with the support of an Arts Board grant. Park Square Court, Suite 200. Opening reception Friday at 7 p.m. Same hours as Art Crawl.

Creators Space Preview Opening. Made hip and desirable by artists, who moved into centuries-old warehouses when no one else wanted to, Lowertown is undergoing gentrification. The 2016 sale of the Jax Building on Fourth Street to developers was a gut punch for many artists, who dressed in mourning and paraded through Mears Park with a casket. Here’s a bright spot: Melissa and Kevin Dessart, who spent years in the corporate world, are turning a 130-year-old, 34,000-square-foot building on East 7th and Wacouta – formerly an indoor parking garage –into something called Creators Space, a creativity center and co-op workspace with (but of course!) a coffee house. Though we mourn the loss of parking in Lowertown (kidding!), we’re interested to see what happens with this. Creators Space will be open during Art Crawl with a full calendar of activities and events. 218 E. Seventh Street/Wacouta. Check it out and see what you think.

Tonight (Thursday, April 26) through Sunday at Mia: Art in Bloom 2018. An annual must for lovers of art and flowers, and if you’ve never gone, why is that? Museum admission is always free. So is tonight’s Flowers After Hours (5:30-9 p.m.), when WCCO’s Jason DeRusha will host a fashion show of floral couture and you can take a first look at the art-inspired floral arrangements throughout the museum. And Friday Night Live (5:30-9 p.m.), with cash bar, a musical surprise from the Minnesota Opera and another chance to see those fabulous floral displays. From now through Sunday, there are lectures you can go to, tours and classes you can take and other, more formal events you can attend; Art in Bloom is Mia’s most popular fundraiser. Or you can just stop in and smell the flowers. FMI. 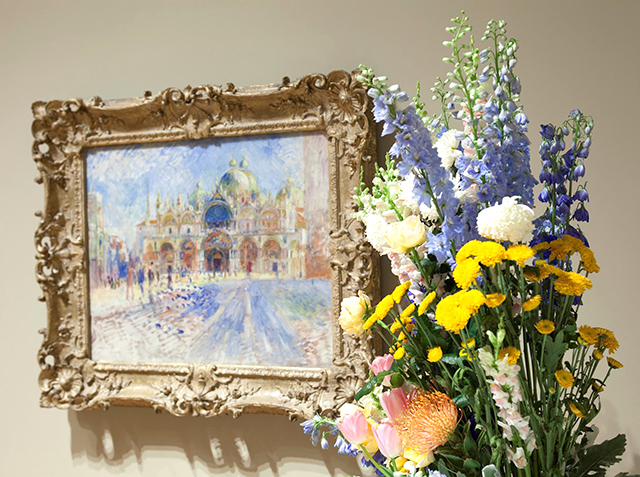 Courtesy of Mia
An annual must for lovers of art and flowers: Art in Bloom 2018.

Friday and Saturday at Studio Z: Inn-fest. Minneapolis-St. Paul is a center for national organizations that support artists and the arts. Like the American Craft Council, Northern Clay Center, Minnesota Center for Book Arts, Playwrights’ Center, Textile Center – and American Composers Forum, which has its own record label, Innova. The main label for American new music, Innova’s catalog numbers nearly 600 titles. Artists from here and around the world – including Issam Rafea (oud) and Gao Hong (pipa), whose latest album on Innova just came out – will gather for two marathon days of music in 20-minute bits. Co-presented by Zeitgeist, the new music ensemble; Studio Z is its listening space in Lowertown. Friday 6-10 p.m., Saturday 12 noon-8 p.m. Free. FMI including performance schedule. Note: Inn-fest takes place in Lowertown during Art Crawl (see above), so plan accordingly.