Do you love the films of Swedish director Ingmar Bergman? Did one of them change your life? (If so, join a crowd that includes director Ang Lee and David Edelstein, film critic for NPR’s “Fresh Air.”) Does a chess-playing Death haunt your dreams, or the face of Liv Ullmann? Or maybe you don’t know boo about Bergman, but you’re curious to learn why he’s such a big deal.

The next two weeks may be the best chance you’ll ever have to immerse yourself in the work of one of the cinema’s greatest auteurs. From this Friday, May 25, through Thursday, June 7, the Film Society of Minneapolis St. Paul will screen 16 newly restored digital prints spanning three decades of Bergman’s work.

Co-presented with the American Swedish Institute, sponsored by the Embassy of Sweden in Washington, D.C., “The Bergman Century: A Cinematic Celebration of Ingmar Bergman” is part of a worldwide Bergman birthday party in honor of his centenary.

Bergman was born July 14, 1918 in Uppsala, Sweden, and died July 30, 2007, in Faro, Sweden. He made three dozen feature films, so this series is a selection. It includes the films considered his greatest achievements, his most controversial and innovative films, and lesser-known films worth seeing.

If you want, and if your schedule and budget allow, you can see all 16 in chronological order of original release year. Each film will screen three times. All are in Swedish with English subtitles. All but four are in black-and-white.

If you’re not familiar with Bergman’s work, you might see “The Seventh Seal” (the one about Death), “Smiles of a Summer Night” (the one that made him famous after screening at Cannes in 1956), “Cries and Whispers” (the one about the sisters), and “Persona” (the one where Liv Ullmann debuts as Bergman’s muse). Or anything else that interests you. Maybe Bergman’s version of “The Magic Flute.” Or “Autumn Sonata,” the only Ingmar Bergman film with Ingrid Bergman. Or Oscar winners “The Virgin Spring” and “Through a Glass Darkly.” Or maybe “Summer with Monika,” which was cut by 30 minutes and renamed “Monika, The Story of a Bad Girl” for distribution in the U.S. (This was in 1953. What was shocking then isn’t shocking today.)

All screenings are at the Film Society’s St. Anthony Main Theatre. FMI including trailers, times and tickets ($5-9.50).

The resident quartet at the Metropolitan Museum of Art, the Aizuri Quartet was already scheduled to perform as guests of the Chamber Music Society of Minnesota when they won the grand prize at the 2018 International M-Prize competition in Ann Arbor. Which is only the largest chamber arts prize in the world.

Along with $100,000 cash, the quartet will receive management and recording contracts, numerous performance engagements and a residency at the University of Michigan. 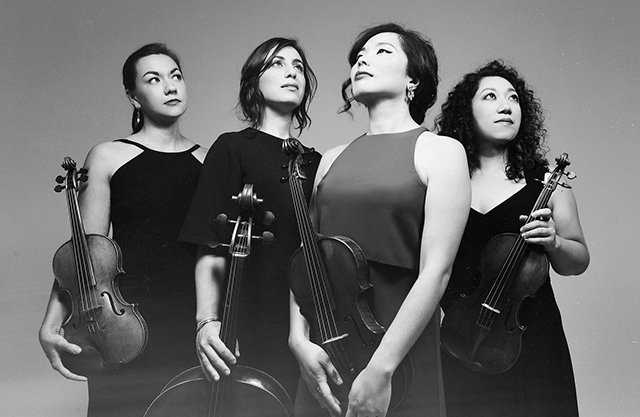 Courtesy of the artist
The Aizuri Quartet will perform Sunday, June 10, at 7 p.m. at Hamline’s Sundin Hall.

The members of the Aizuri Quartet are Miho Saegusa, Ayane Kozasa, Karen Ouzounian and Ariana Kim. Kim is a member of the CMSM and the daughter of its artistic director, Young-Nam Kim. This will be the Aizuri’s Minnesota debut.

The program will include madrigals by Carlo Gesualdo and Hildegard von Bingen, Beethoven’s “Harp” quartet, and two Minnesota premieres, Paul Wiancko’s “Lift” and Lembit Beecher’s “These Memories May Be True.” Beecher is composer-in-residence with the SPCO.

Tonight (Thursday, May 24) through Sunday at the Red Eye Theater: 34th Annual New Works 4 Weeks Festival. Week One of the festival is reserved for works-in-progress. This year’s program includes multimedia works by Alana Horton and Patrick Marschke, Ana Johnson, and Billy Noble and dance by Arneshia Williams and Kaya Lovestrand. We’ll see 15 minutes from each piece. All of the WIP artists have received five months of access to the theater, technical support, and feedback from their artistic peers. 8 p.m. Thursday-Saturday, 7 p.m. Sunday. FMI and tickets ($18/10; Thursday is pay-as-able). Festival passes available.

Thursday through Saturday: Saint Paul Chamber Orchestra: Simple Symphony and Fancy Fiddling. An inviting name for a lighthearted concert. Guest conductor Teddy Abrams makes his SPCO debut, and artistic partner Jeremy Denk returns for the world premiere of a new SPCO commission. The program includes Benjamin Britten’s “Simple Symphony,” based on English folk tunes; American composer Hannah Lash’s “In Pursuit of Flying”; Stravinsky’s “Dumbarton Oaks,” commissioned for a couple’s 30th anniversary and a nod to Bach’s “Brandenburg” concertos; Jeremy Kittel’s “Pando”; Copland’s “Hoe Down” from “Rodeo” (with Abrams at the piano); and Abrams’ own “Fiddling” for Strings and Piano. 8 p.m. Friday and Saturday at the Ordway Concert Hall, 2 p.m Sunday at the Ted Mann. FMI and tickets ($11-50; kids and students free). 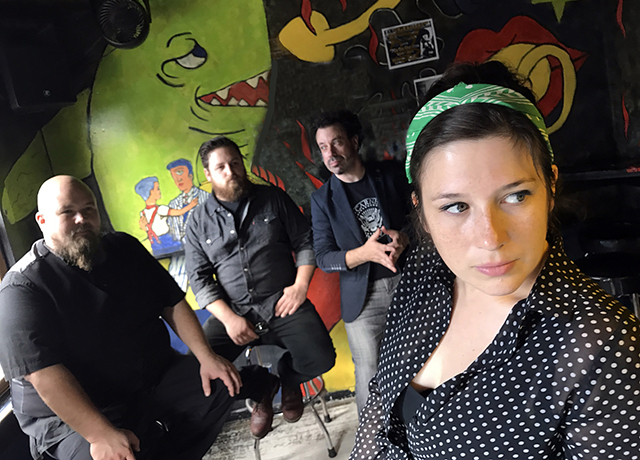 Photo by Donna Drapeau
The Claudettes album release is at the Dakota this Friday.

Friday at the Dakota: The Claudettes “Dance Scandal at the Gymnasium!” album release. You could throw a lot of descriptors at the Claudettes, and they would all stick: Windy City blues, punk blues, jazz, roots, rockabilly, soul, juke joint. “Dance Scandal” was produced by Grammy-winning producer Mark Neill (Black Keys), who insists that nobody sounds like the Claudettes, and he could be right. Band leader Johnny Iguana is a hardcore piano banger; vocalist Berit Ulseth has a clear, sweet voice with a spine of steel. (Ulseth grew up in Minneapolis and graduated from South High.) The music is fierce and the lyrics are wicked. If you’re on the hunt for something you haven’t heard before, this Chicago-based band is probably it. 7 p.m. FMI and tickets ($30-35).

Opens Saturday at the Jungle Theater: “Lady Day at Emerson’s Bar and Grill.” Thomasina Petrus is Billie Holiday in this song-filled story of her life. The scene is a small bar in Philadelphia in 1959, just months before Holiday’s death. Lanie Robertson’s play with music is a four-time Tony winner; the role has become a signature for Petrus, who first performed it in 2004 at the Old Arizona Theater, then again at the Park Square in 2008. We thought she was terrific as Holiday in 2008, and she’s done a lot of singing and acting since then, so she can only be better. That makes this a must-see. Thomas West returns as Jimmy Powers, her accompanist; Ron Evaniuk on bass and Kevin Washington on drums round out the rhythm section. Marion McClinton directs. FMI and tickets ($37-47). Tuesdays-Sundays through June 24.