Fresh from its first-ever international performance, last weekend in Montreal, the Bach Society of Minnesota faces a big weekend at home. On Friday and Sunday, it will perform Bach’s Ascension Oratorio in St. Paul and Corcoran. On Saturday the Society will present keyboardist Ilya Poletaev in St. Paul.

For both Ascension Oratorio concerts, the Bach Society will be joined by Montreal’s Ensemble Caprice.

The Bach Society of Minnesota, now in its 86th season, is one of the oldest Bach societies in America. Ensemble Caprice is an award-winning, Montreal-based baroque ensemble that plays period instruments and takes an adventuresome approach to the repertoire.

The two groups share an artistic director: Matthias Maute. The renowned German-born conductor, composer, and musician (recorder and baroque flute) founded Ensemble Caprice in 1989. He became artistic director of the Bach Society in 2016 and has ambitions to make the organization nationally and internationally known.

The Montreal concert was an official step in that direction. They played to an audience of 450 and received a standing ovation.

Matthias is considered one of the top recorder players in North America. On Saturday he’ll join Ilya Poletaev in the Baroque Room in Lowertown for an afternoon concert. Playing harpsichord and piano, Poletaev will give a recital of keyboard music from the baroque to the present. The young Russian-Canadian keyboardist launched his career by winning first prize at the International Johan Sebastian Bach Competition in Leipzig in 2010; he has since been hailed as “one of the most significant pianists of his generation.” He was last in the Twin Cities in December 2015, playing the Brandenburgs with the SPCO. Sophie Larivière, a member of Ensemble Caprice, will also perform. 2 p.m. FMI and tickets ($25/20/5).

Has anyone else noticed that a ton of arts events happen on Thursdays? Why is that? 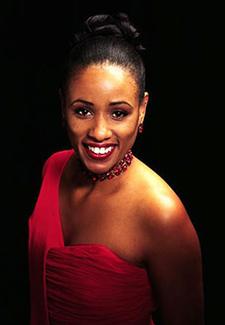 Courtesy of the artist
Charmin Michelle

Tonight (Wednesday, May 2) at Crooners: Charmin Michelle and Sam Miltich: The Billie Holiday Songbook. This will be lovely. Singer Michelle and guitarist Miltich have performed together many times and have a special sympatico. Just the two of them doing Billie Holiday sounds as close to perfect as you can get. In the intimate Dunsmore listening room. 7:30 p.m. FMI and tickets ($15). City Pages just named Crooners Best Jazz Club in its annual Best of the Twin Cities issue.

Thursday at the Walker: Mn Artists Presents: Jovan C. Speller: “Choosing Home; A Right, A Privilege or an Act of Trespass.” A multidisciplinary, multimedia one-night “visual inquiry” will look at the current state of the North American landscape and one’s ability to claim it as home. Curated by Jovan C. Speller, the evening will include a short film by Dyani White Hawk, performances by White Hawk, Alanna Morris-Van Tassel and Rosy Simas, and a panel discussion. Heavy hitters, big ideas. This is an opportunity to connect with local artists of all disciplines and engage with the questions driving the Minnesota arts community. 5 p.m. – 9 p.m. FMI and schedule. Free.

Thursday at Scott County Library in Prior Lake: Club Book: Patricia Hampl. Hang out with one of Minnesota’s best-loved authors and a three-time Minnesota Book Award winner. Hample’s latest is “The Art of a Wasted Day” (2018), but there will be people in the room who also know her books “A Romantic Education” (1981), “Virgin Time” (1992) and “The Florist’s Daughter” (2007). 7 p.m. FMI. Can’t make it? A podcast will be available a few days after the event.

Thursday at the Woman’s Club: Lakes Area Music Festival: Schubert’s Cello Quintet. LAMF takes place in Brainerd each summer; this will be its 10th year. An annual winter series in the Twin Cities acts as a sort of fishing lure for people with cabins Up North. (And those who just like road trips.) This winter, LAMF has been artist in residence at the Woman’s Club in Loring Park. UPDATE: The program has changed. The concert will now be “Mozart’s Dissonance,” with Mozart’s String Quartet No. 19  in C minor. Soprano Bergen Baker will sing intimate, romantic songs by Schubert, Schumann and Hugo Wolf to open. 7 p.m. Free. Cocktail hour at 6 p.m. with menu available. 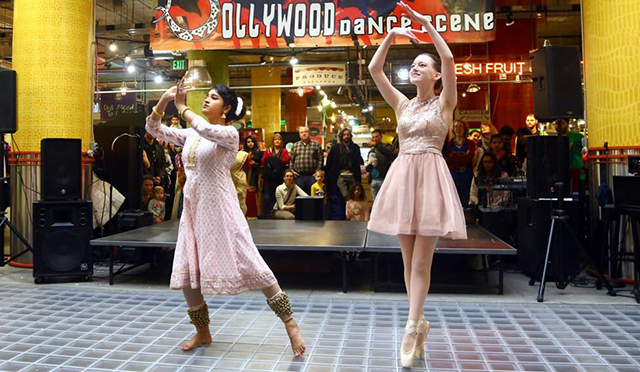 Watch 32 teams compete in a 30-second dance challenge at the Hot Indian Dance Off.

Sunday at the Mall of America: Hot Indian Dance Off, Season 4. From Bollywood Dance Scene, stars of the Fringe: an event that has become so popular it’s moving to MOA. Watch 32 teams compete in a 30-second dance challenge where they can perform any style of dance they want, as long as it’s to Indian music. The dancers bring it all: African, flamenco, Irish, Hmong, ballet, tap, Bhangra, Bharatanatyam, Kathak. The winning team will get a cash prize of $1,500. Second prize $1,000, third prize $500. 2-6 p.m. in the rotunda. Family-friendly, creative, diverse, inclusive, and free.