At the Ritz, its new home in Northeast, Theater Latté Da just closed the world premiere of Harrison David Rivers’ “Five Points,” after extending it several performances due to popular demand. (The added performances sold out.) Before then, Sondheim’s “The Assassins” lit up the stage. Starting May 30 in previews, “Underneath the Lintel” will star Sally Wingert in a solo show. Founded and run by Peter Rothstein, a man with a Midas touch for musicals, Latté Da is on a roll. What’s next?

In announcing its new season, made public Tuesday evening, Latté Da let us know it’s not slowing down. Starting in September, here’s what we’ll see and hear.

Sept. 12-Aug. 21: “Once.” Rothstein will direct the regional premiere of the love story set in Dublin, winner of the 2012 Tony Award for Best Musical. Ben Bakken and Britta Ollmann will star. Bakken was the Irish dancer in “Five Points,” and some of us in the house melted into puddles when he sang his first song. By Enda Walsh, with music by Glen Hansard and lyrics by Markéta Irglova.

Nov. 1-4: “All Is Calm: The Christmas Truce of 1914.” We’ll have just one weekend to see Rothstein’s creation before it heads for New York and its off-Broadway debut. This holiday classic and ode to peace features vocal arrangements by Erick Lichte and Timothy C. Takach.

March 21-24: “Candide.” Music by Leonard Bernstein. Another book by Hugh Wheeler. But – what? VocalEssence? As part of its 50th season, Phillip Brunelle’s choral ensemble will partner with Latté Da for a theatrical concert staging imagined by Rothstein. The L.A. Opera’s Liv Redpath will be Cunégonde; Bradley Greenwald will play Voltaire and Pangloss. This will be at the Cowles, not the Ritz.

March 27-May 5: “Hedwig and the Angry Inch.” Tyler Michaels, most recently in “Assassins,” will star as Hedwig, Meghan Kreidler as Yitzhak, and Rothstein will direct. Those who attended the last-ever Iveys will remember Kreidler at the podium accepting her Emerging Artist Award and proclaiming “Screw fear!” She also fronts the rock band Kiss the Tiger. And she’s a puppeteer, on stage now in “Dr. Seuss’s The Lorax” at the Children’s Theatre. Book by John Cameron Mitchell, music and lyrics by Stephen Trask.

May 29-June 30: “To Let Go and Fall.” The next new thing by Harrison David Rivers, unless there’s another new thing in between that hasn’t been announced yet. Rivers had the singular accomplishment of four works in four different Twin Cities theaters this year, including “This Bitter Earth,” now at Penumbra. “To Let Go and Fall” is the story of two former ballet dancers who reunite after 25 years. André Shoals and Mark Benninghofen will star, and Rothstein will direct.

Metropolitan Regional Arts Council (MRAC) has a new executive director. Kathy Mouacheupao brings nearly two decades of leadership experience in community development and the arts. She has been an MRAC applicant, panelist, and board member. Most recently, she was program officer for creative placemaking with the Twin Cities Local Initiatives Support Corporation (TC LISC). Before that, Mouacheupao was executive director of the Center for Hmong Arts and Talent (CHAT). She was a 2016 Roy Wilkins Fellow and a 2011 Bush Leadership Fellow. 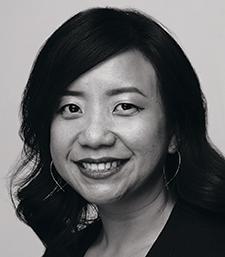 MRAC is one of 11 regional arts councils (RACs) in Minnesota that does programming and grantmaking around community arts engagement. Funding comes from appropriations from the Minnesota State Legislature, with money from the state’s general fund and Arts and Cultural Heritage Fund (Legacy amendment). In the last fiscal year, MRAC awarded more than $3.4 million in grants to organizations and groups providing arts programming in the Twin Cities. It awarded another $173,000 in inividual artist grants with money from the McKnight Foundation.

Tonight (Wednesday, May 16) at the Ordway Concert Hall: Grand Band: “Three Fragile Systems.” It’s worth going just to see six grand pianos on the Concert Hall stage. Then there’s the music by Missy Mazzoli, Julius Eastman, Michael Gordon, Paul Kerekes and Kate Moore. Then there are the pianists, all active and in-demand on New York’s contemporary classical scene: Erika Dohl, David Friend, Paul Kerekes, Blaire McMillen, Lisa Moore and Isabelle O’Connell. A most unusual supergroup, maybe your one and only chance to see it here, brought to us by the SPCO’s Liquid Music, whose event before this was Bon Iver and Tu Dance at the Palace. Doors at 7 p.m., music at 7:30. FMI and tickets ($20/16). 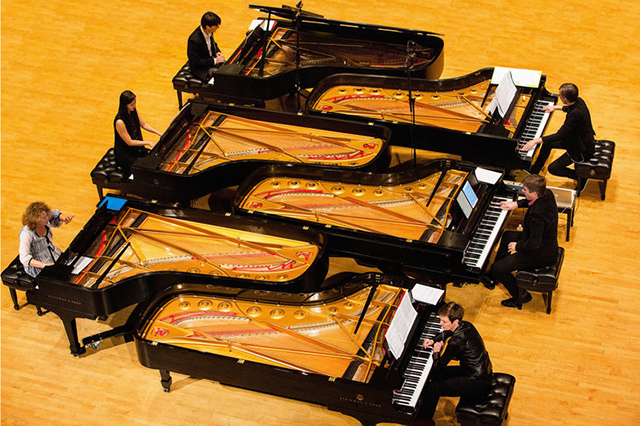 Tonight (Wednesday, May 16) through Sunday at the Guthrie’s Dowling Studio: “Under This Roof.” Barbara Kingsley’s play is a clutch of loose ends. When you leave the theater, you don’t know what will happen to the characters you’ve just spent two hours with. It’s an uneasy feeling, because you care about them. Raymond Warren (Brian A. Grandison) is a black man whose working life is probably over after a fall from a roof. His wife, Mamie (Yolande Bruce), who trained as a teacher, hires out as a maid. Their finances were precarious before Raymond’s accident. Bessie Washington (Laura Esping) is a white woman with troubles of her own, so desperate she takes a job caring for Raymond in the segregated black neighborhood where the Warrens live. In 1948 Cleveland. We saw this play on opening weekend and weren’t sure what to think of it. And now we can’t shake it. The acting is strong and true. Michael Burden’s set is a magical time machine. Director James A. Williams (and assistant director Roxane Battle) knew just what to do with this uncommon play. Full Circle Theater Company, which produced it, has inclusivity as a core value; this extends to actors with disabilities. And you can see it for $9. FMI, times and tickets. Closes Sunday.

Thursday at the Loft: Future Present: Celebrating “Contemporary Plays by Women of Color.” Learn about (and pick up a copy of) editor Roberta Uno’s pivotal anthology, now in its second edition, with an up-to-date selection of plays. Uno will be there, and playwrights including Ananya Chatterjea, Dionna Daniel, Kathryn Haddad, Meena Natarajan and Marcie Rendon. 6 p.m. FMI. Free.

Thursday through Sunday at the Ordway: “Thaïs.” We haven’t seen this and can’t fit it in, to our eternal regret. But Rob Hubbard at the Pi Press called it “the most successful combination of singing, acting, design and dancing that the [Minnesota Opera] has presented in the past several seasons.” Sure, opera can be pricey, but some $25 tickets are still available, and this one has everything: star power in leads Kelly Kaduce and Lucas Meachem; fabulous singing; exciting dancing (by Zenon dancers); beautiful music by Jules Massenet (and a full orchestra led by Christopher Franklin); lavish sets and costumes; and a story that combines sex and religious fanaticism. And it takes place in fourth-century Egypt. When was the last time you went there? FMI, times and tickets ($25-200). Closes Sunday. Here’s a MinnPost interview with Meachem.

Monday at the Heights: “The Big Lebowski.” Twenty years ago, when this movie came out, it was kind of a dud at the box office. Everyone should have known the Coen Brothers would not deliver another “Fargo” (their film before “Lebowski”), because they don’t do the same thing twice. But no one knew what to do with this 1960s counterculture crime caper. That’s in the past, and now Jeff Bridges will always be “The Dude.” The 7:30 p.m. screening will be preceded by music from the Mighty Wurlitzer. FMI and tickets ($10). BTW, new seats.

Latté Da season to include ‘Candide,’ ‘Once’; ‘Thaïs’ at the Ordway