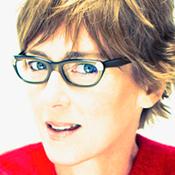 A singer-songwriter, a mezzo-soprano and hip-hop artists have won McKnight Fellowships for Musicians, MacPhail announced earlier this week. The $25,000 unrestricted cash awards will support their creative work.

Singer-songwriter Jonatha Brooke moved to Minneapolis from New York in late 2016 and hit the ground running. She has performed often at the Dakota. Her one-woman show, “My Mother Has 4 Noses,” had a monthlong run at the Jungle earlier this year. Brooke has released a dozen albums, including eight on her own label. She has co-written songs with Katy Perry and the Courtyard Hounds. She’s currently touring and working on two new musical projects. 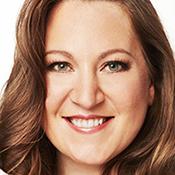 It’s not every day that a Minnesota mezzo-soprano wins the Richard Tauber Prize for Best Interpretation of Schubert Lieder at London’s Wigmore Hall Song Competition. Or comes in second at the Das Lied International Song Competition in Heidelberg. Last December, when superstar soprano Susanna Phillips had to drop out of her Schubert Club dates with bass-baritone Eric Owens, Clara Osowski stepped in. Short version: Singer Born in Brooklyn Center Is Big Deal. With Mark Bilyeu, she created the Source Song Festival, which returns in August. 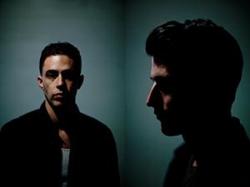 Courtesy of McKnight
Kill the Vultures

Hip-hop artists took two of this year’s music McKnights. One went to the duo Kill the Vultures, another to MaLLy. Kill the Vultures – vocalist Crescent Moon and producer Anatomy – have fans across America and in Europe. They have toured with deLa Soul and Talib Kweli, played the Eux Claires Festival, and performed in Berlin with Bon Iver, The National and Stargaze. 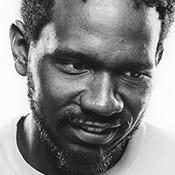 MaLLY has recorded three critically acclaimed albums, “The Passion,” “The Last Great …” and “The Colors of Black,” and is working on a new one, “The Journey to a Smile.” He’s known for his wordplay, tonal variety and universal subject matter. He teaches with Kulture Klub Collaborative, TruArtSpeaks and Plymouth Youth Center.

Grants and gifts are good

The Minnesota Museum of American Art has received a $325,000 grant from the Henry Luce Foundation to support the installation of its permanent collection in its new facility in the Pioneer Building.

More than pounding nails into walls, installation of an important collection like the M’s requires a curatorial team of scholars and educators, cleaning and conservation of artwork, construction of exhibition furnishings and creation of interpretive displays. Betsy Carpenter, former collections curator for the Walker, will assist with installation plans. 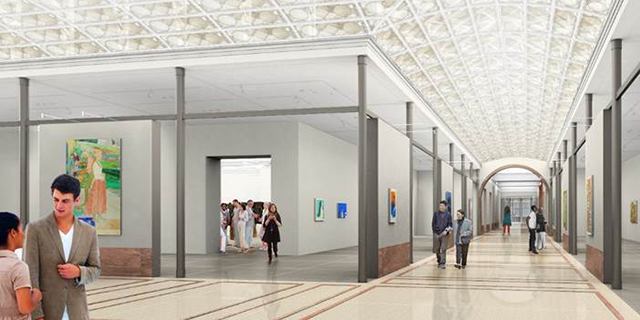 The M hasn’t had a suitable space to present its permanent collection since the mid-1990s, when it occupied the second floor of the Landmark Center. The permanent collection galleries will open in 2019, during Phase Two of the M’s build-out. Phase One – with galleries, community gathering spaces, and a new arts education wing – will open to the public in 2018.

The Science Museum of Minnesota has received the largest endowed gift in its 111-year history. Roger and Barbara Brown of Highland Park, Illinois, will give $2 million to endow the Barbara Brown Chair of Ornithology. The new curator will direct the museum’s biology department, bolster its study of birds, and develop new ways to share research findings and practices with the public, among other responsibilities.

The Browns have visited the Science Museum many times. Their daughter and two grandchildren are Minneapolis residents. Alison Rempel Brown, their daughter-in-law, became president and CEO of the Science Museum in 2016. Barbara Brown is the former president of the Evanston North Shore Bird Club and was a scientific associate at the Field Museum for 47 years. Her interest in nature and conservation was sparked by Rachel Carson’s “Silent Spring.”

Earlier this month, the National Endowment for the Arts announced $80 million in grants to support the arts nationwide. Thirty-three grants totaling $4.2 million will come our way, to arts organizations and agencies in Minnesota. Grantees include Cantus, the Jungle, Juxtaposition Arts (which will make a big announcement on May 31; hmmm, wonder what that’s about?), the Loft, Pillsbury House Theatre, SooVAC, St. Stephen’s Human Services (for a new theater work exploring homelessness in Minneapolis), Ten Thousand Things, the Walker, Zorongo Flamenco, the Anderson Center in Red Wing, FilmNorth, the Schubert Club, Twin Cities PBS, Wonderlust Productions and the M.

Tonight (Friday, May 18) and tomorrow at SteppingStone Theatre: “The Princess’ Nightingale.” A girl wins in this new adaptation of Hans Christian Andersen’s “The Nightingale.” Set in 18th-century China, the co-production with Theater Mu uses music, dance and puppetry to tell an uplifting tale of a princess who becomes a great leader. Written by Damon Chua, directed by Mu’s Randy Reyes. 7 p.m. FMI and tickets. Saturday is the final performance.

Opens tonight at the LAB at the Lowry: Carlyle Brown’s “Acting Black.” Part spoken word, part stand-up comedy, Brown’s 60-minute one-man show riffs on the roots of American racism and its consequences for all of us. Directed by Noel Raymond, it premiered at the Southern in 2015 and has been seen all over Minnesota. Each St. Paul performance will be followed by a facilitated discussion about race and diversity. 7:30 p.m. FMI and tickets ($25). Ages 16+. Not to be confused with the Lab in Minneapolis, the LAB at the Lowry is inside the Saint Paul Conservatory for Performing Arts at 350 St. Peter in St. Paul.

Courtesy of the artists
No Territory at the Black Dog Saturday night.

Saturday at the Black Dog: No Territory Band Record Release. No Territory is drummer/composer Davu Seru’s band, and Seru has been up to all sorts of interesting things: writing a book, serving as Studio Z’s first-ever composer-in-residence, composing and performing the blues-for-chamber-ensemble “Dead King Mother,” planning the band’s European debut at a festival in France, launching an understudy program for black musicians in the Twin Cities. And No Territory is quite a band: Pat O’Keefe (clarinets), Nathan Hanson (saxophone), JC Sanford (trombone), Scott Fultz (bari sax), Jake Baldwin (trumpet), Levi Schwartzberg (vibes). The new record is called “There’s a Hole in the Wall in the Bucket.” 8:30 p.m. FMI. No cover (tip jar), but you can reserve a seat at a table near the stage for $20.

Tuesday at the Westminster Town Hall Forum: Richard Stengel: “Mandela’s Way: Lessons for an Uncertain Age.” The year 2018 is Nelson Mandela’s centenary, and it’s being marked around the world. In September, the Minnesota Orchestra will tour South Africa in Mandela’s honor, and Sommerfest’s theme is “Music for Mandela.” Stengel collaborated with Mandela on his autobiography, “The Long Walk to Freedom,” and was a producer of the documentary film “Mandela.” His book “Mandela’s Way: Lessons on Life, Love, and Courage” came out in 2010. Note that this event takes place in the evening, not the Forum’s usual noon. 7 p.m. at Westminster Presbyterian Church. FMI. Free. Come a half-hour before for live music, stay after for food and conversation.

Tuesday at the History Center: 25-Year Journey: A Talk with Ragamala Dance Company. If you’ve ever seen a performance by Ragamala (their latest, “Body, the Shrine,” was a knockout), you might have wondered: How on earth did Ranee and Aparna and Ashwini Ramaswamy end up here, of all places, specializing in a 2,000-year-old South Indian dance form called Bharatanatyam? That doesn’t sound very sustainable. And yet, here they are, in their 25th anniversary year, part of our own rich cultural fabric and internationally known. What a story. 7 p.m. FMI. Free, but please register.